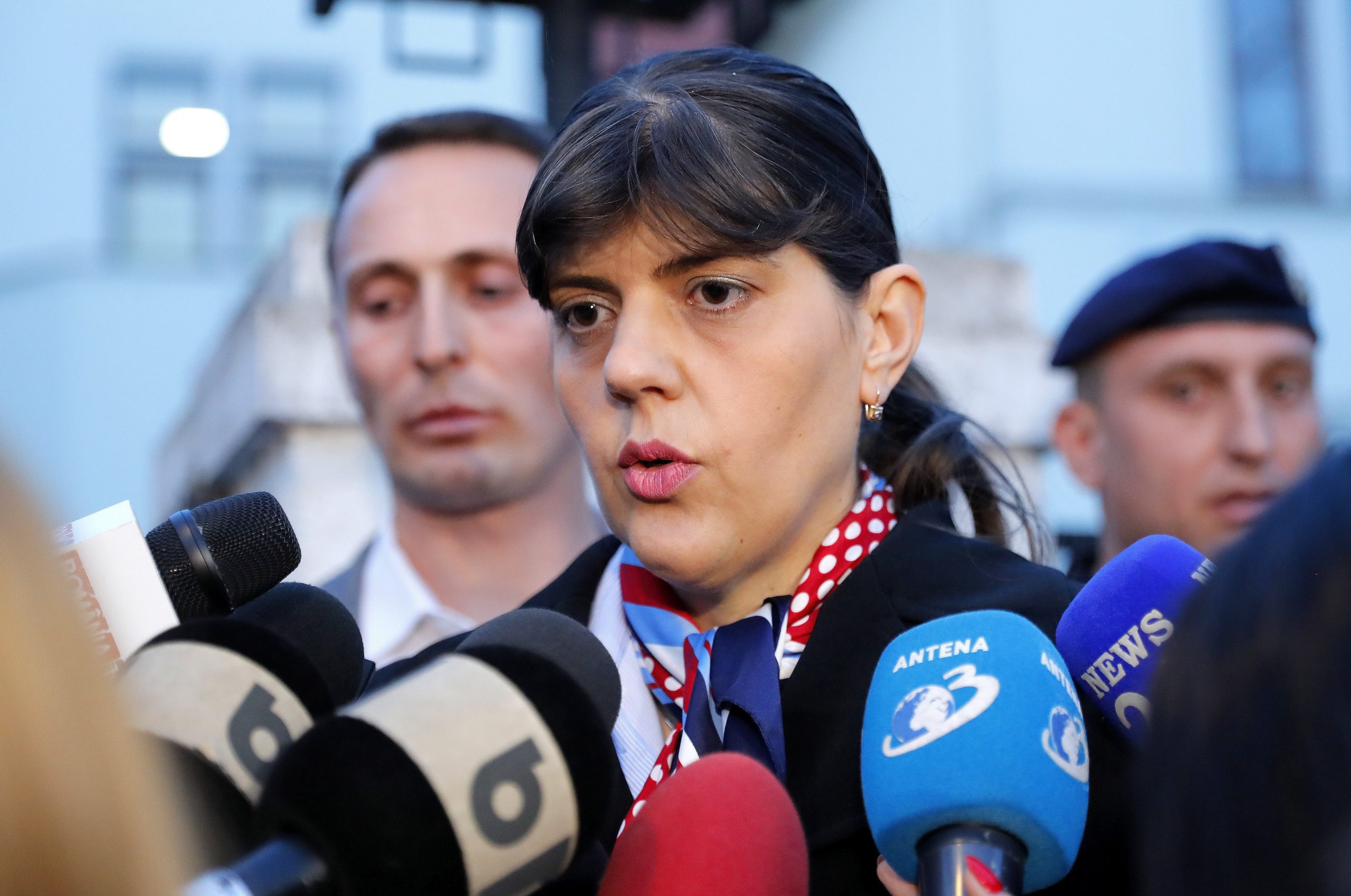 Codruța Kövesi was elected to lead the EPPO in 2019, after having led the Romanian anti-corruption agency and having contributed to a number of high-profile arrests. Not surprisingly, she then faced a number of political and other attacks, and the Social Democrat government eventually replaced her, leading to street protests in our Eastern neighbors.

Although one of her surnames, Kövesi, is Hungarian, and she was born in Sepsiszentgyörgy (Sfântu Gheorghe), a Hungarian majority town in Transylvania, Romania, she doesn't have Hungarian origins- only her former husband was actually Hungarian. However, reportedly, she does speak a little Hungarian.

In response to a question about Hungary’s and Poland’s refusal to join the EPPO, she commented that Sweden, Denmark, and Ireland have also decided to stay away. “It is difficult for me to comment on the reasons why these Member States did not join the EPPO, because, after all, it is a political decision and I cannot comment on that.”

She did reveal that they would investigate certain offenses committed in relation to these Member States, its citizens, or within the territory of these Member States. In addition, “we will cooperate with the authorities of these states and will apply the judicial cooperation tools that are currently available.”

Although Hungary’s Fidesz-led government still strongly opposes joining the EPPO, a signature drive initiated by independent MP Ákos Hadházy accumulated almost 700,000 signatures. Codruța Kövesi now addressed those wanting Hungary to join, by promising that as a prosecutor she will do her best and that they would investigate the cases to the best of their ability, “and if any of these five missing countries decide to join, we would welcome that. We would like prosecutors from other Member States to join us in our combat against these phenomena.” She says their goal is “to create an independent, strong, and effective organization that will ensure that justice is equally applied to everybody.”

Reacting to the accusations that she represents foreign interests, (claims that aren’t unheard of in Hungary as well), she replied: “I have always thought that these attacks that were directed not only against me but also against all the prosecutors and their efficiency, are an evaluation criteria of the quality and efficiency of the work we do. So, I expect to see attacks against our institutions and prosecutors,” Codruța Kövesi argued.