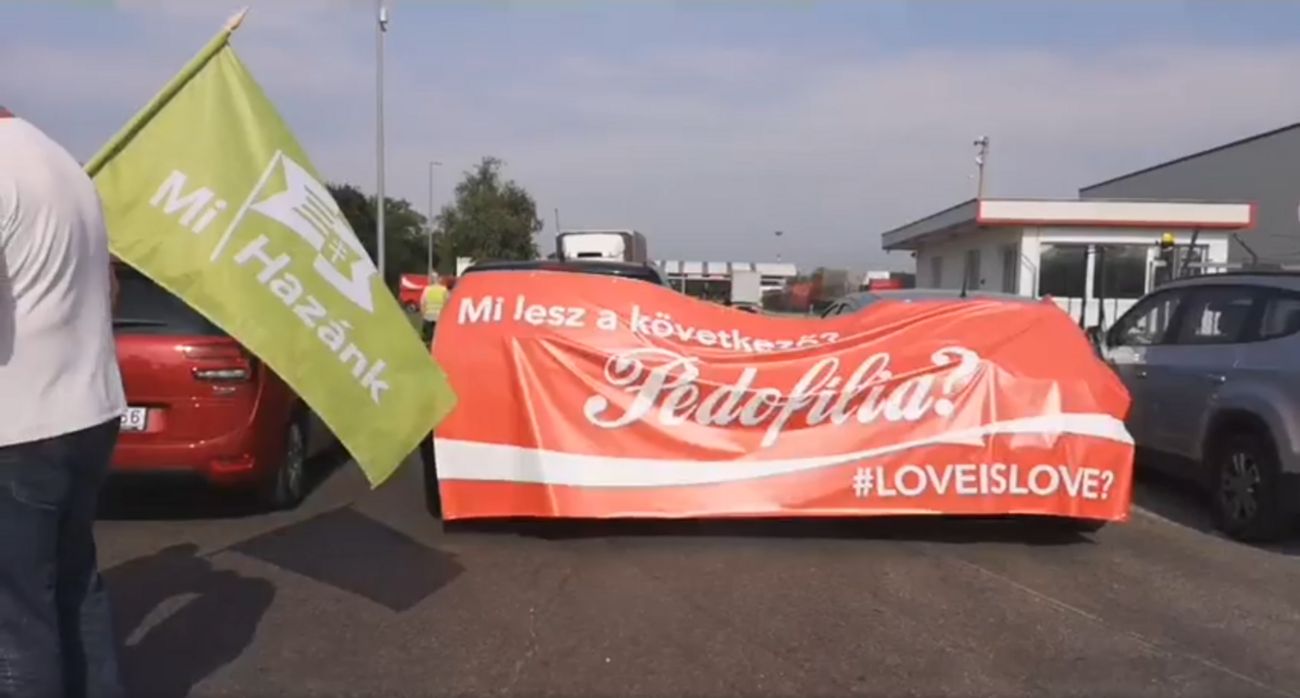 More than one week after Coca-Cola’s advertisement campaign promoting gay acceptance was made public and drew controversies, it is still on the agenda in domestic politics. In the weekend, a sympathy demonstration has been held, while on Monday, far-right Mi Hazánk tried to blockade Coca-Cola’s factory in Dunaharaszti.

On Sunday, several hundreds took part in a demonstration organised by 23 non-governmental organizations. Demonstrators marched from Ádám Clark square to St. Stephen’s Basilica in “protest against Pesti Srácok site and the pro-government propaganda media, in general”, that assaulted disadvantaged groups (sexual minorities and people with disabilities) in response to Coca-Cola’s “Love is love” posters.

The rally has been called upon after László Vésey-Kovács of pro-Fidesz site Pesti Srácok wrote in an article protesting against Coca-Cola’s campaign that “neither we want to look at wheelchaired people on ads in escalators or bus (…) although we don’t hate disabled people, we don’t want to hurt or exclude them, and  even we help them. (…) we don’t lie to others or ourselves and don’t stoke the heads of our children that that living in a wheelchair is just as natural as walking on two legs and not worse but only different” While the journalist later meant to apologise for his words, National Federation of Disabled Persons’ Associations (MEOSZ) announced to sue Vésey-Kovács. 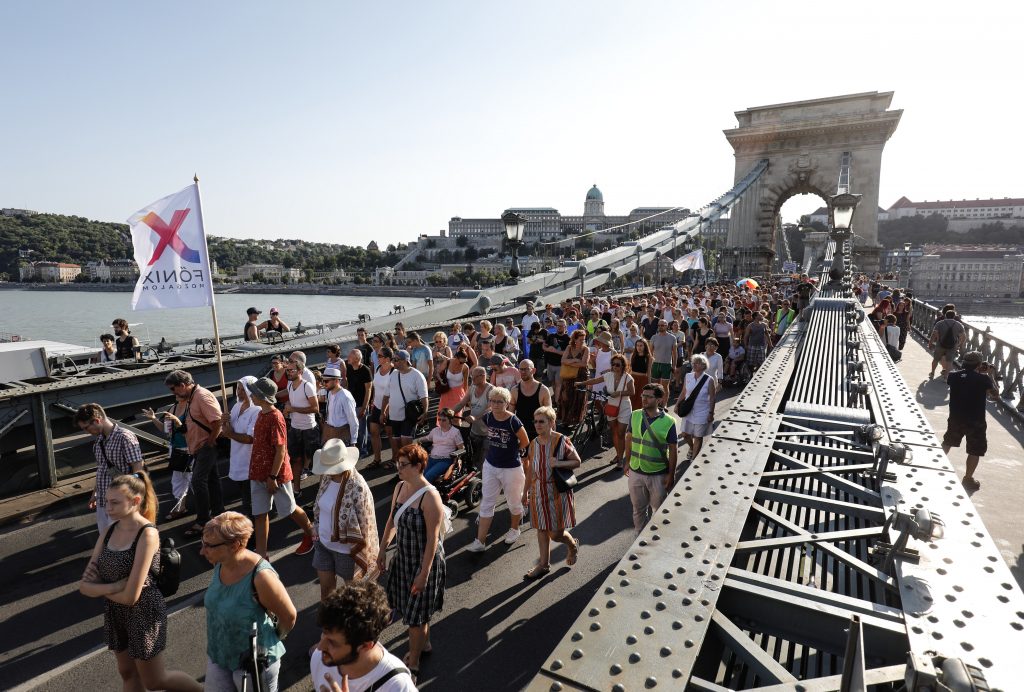 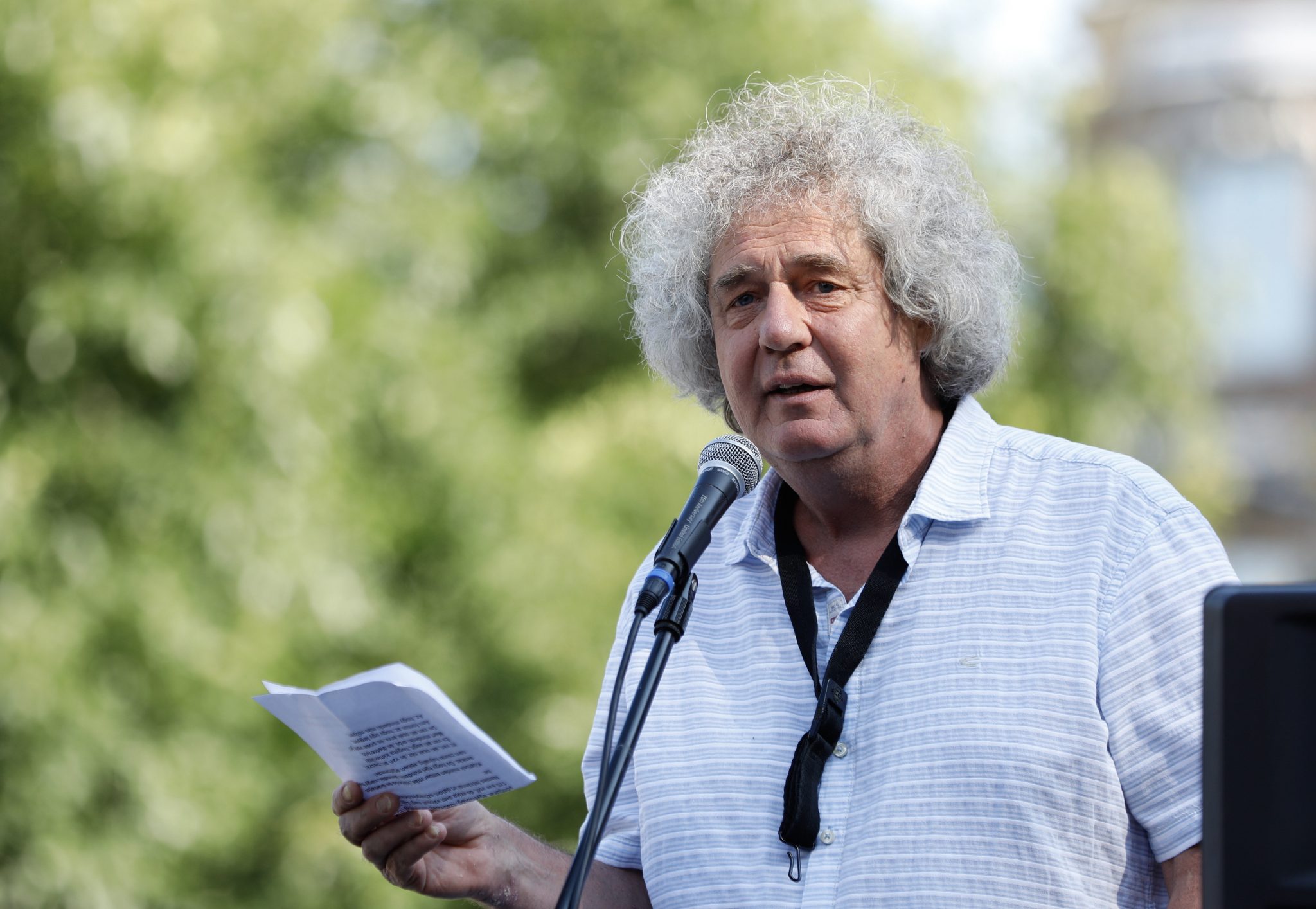 On the other hand, far-right Mi Hazánk continues to demonstrate against Coca-Cola. Following Thursday’s action when László Toroczkai theatrically poured a bottle of Coca-Cola on the asphalt in front of the company’s premises and announced boycott, on Monday morning, a small group led by the party’s vice-president Előd Novák attempted to blockade entry and exit from the factory in Dunaharaszti. They also hung out a large banner, with “What’s next? Paedophilia? #LOVEISLOVE?” on it.

Novák, among other things, told Index that helping hands should be given to gay people instead of rights and encouraging them to be proud of themselves as they are. According to him, being gay is like “having an ill, malignant tumor” which should be helped, adding that gay people should understand that it is not normal.

While Coca-Cola promised legal steps, Mi Hazánk also insisted that they would continue the protest.

On Tuesday at the entrance of the Sziget, the far-right party protested against the US soft drink maker festival handing out stickers and flyers. Coca-Cola has designed rainbow-colored labels for its bottles sold at the festival grounds.

Dúró Dóra, Mi Hazánk’s deputy leader, insisted it was not just Coca-Cola, but also the government that was to blame “for the current situation”, arguing that it had chosen Coca-Cola as its first strategic partner, giving it a number of special privileges, such as the right to provisionally assess tax laws.

If the government were serious about containing homosexual propaganda, it would have the opportunity, for example, to rescind the privileges granted by the strategic partnership agreement”

She said Coca-Cola should rather organise campaigns focusing on health.