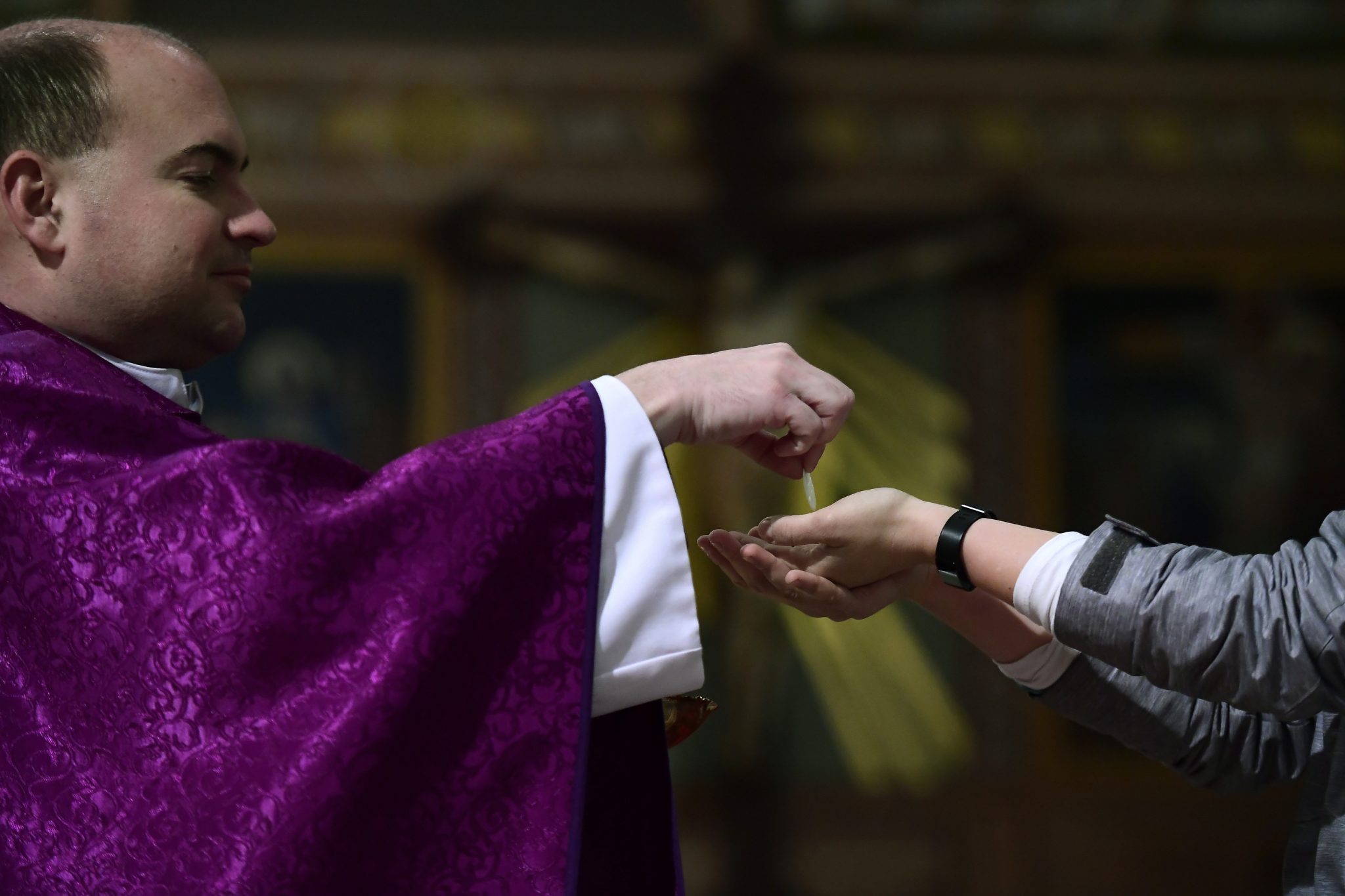 With the coronavirus already proven to be present in Hungary with 9 confirmed cases, the Hungarian religious groups and communities of faith also introduced some preventive measures in churches. The Hungarian Catholic Bishop’s Conference said in a statement on Thursday that it is making a number of recommendations to prevent the spread of the infection. The Calvinist church also made a statement on Friday, while the Lutheran church sent out a letter at the end of February about the measures.

The Hungarian Catholic Bishop’s Conference (MKPK) for example, called for the exclusion of handshake from the liturgy in their statement, so from now on the congregation does not greet each other with the usual sign of peace. They also asked priests to give Holy Communion in the hands rather than on the tongue. The MKPK also asked priests to disinfect their hands before and after Mass, or use an effective liquid hand disinfectant or alcohol hand disinfectant against viruses as often as they can. Confessionals should also be regularly ventilated and churches should apply a foil to the confessional grid. The MKPK also ordered the emptying of the holy water tanks in the churches and they said that if authorities order a ban on mass events, this may also apply to large church events as well. The body urges members of church institutions, schools, and parishes to “obey the rules of the competent state bodies.”

The Bishop’s Council of the Hungarian Lutheran Church also called for the avoidance of physical contact in worship services back in February. In addition to the generally recommended thorough hand washing, they asked believers to avoid physical contact, i.e the handshake (pax) in church, both before sharing the sign of peace before the sacrament of the Lord’s Supper, and when the pastor at the entrance of the church shakes hands and exchanges a few words with worshipers at the end of services. 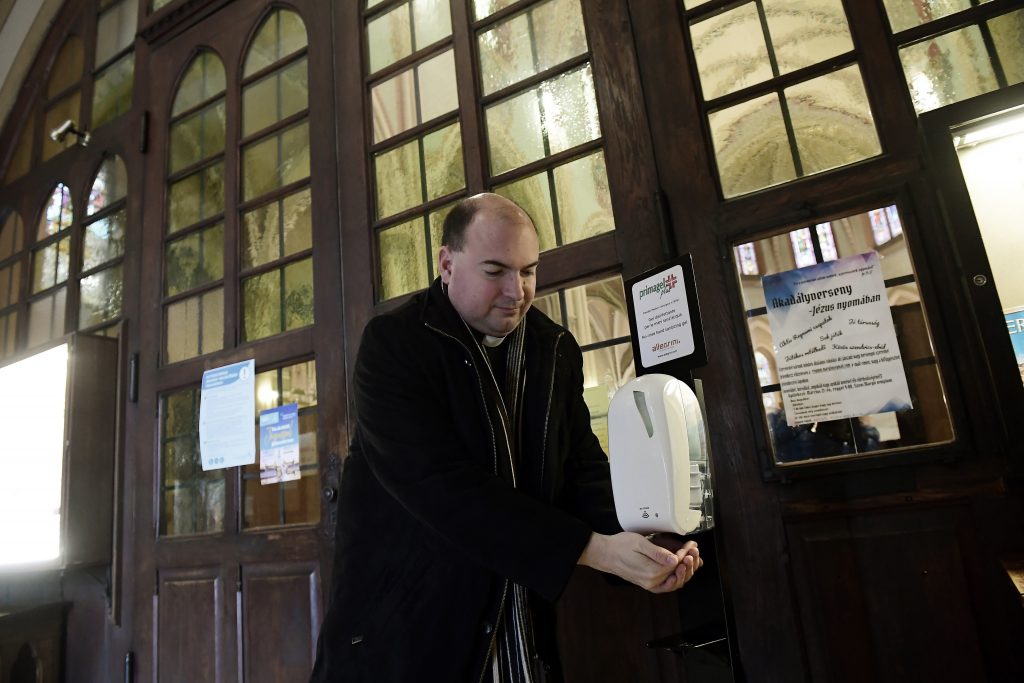 They also recommend that pastors and believers pay greater attention to hygiene rules during the Eucharist. They are asked to avoid drinking from the common chalice. If it is not possible to use separate small cups as in some places, the pastor should dip the host into the chalice (intinction) and place it in the believers’ hands. They added that, while observing the rules, they could, in good conscience, encourage their faithful to “seek out the worship community and live in holiness, especially in the year of the Eucharist, even in times of pandemic danger.” 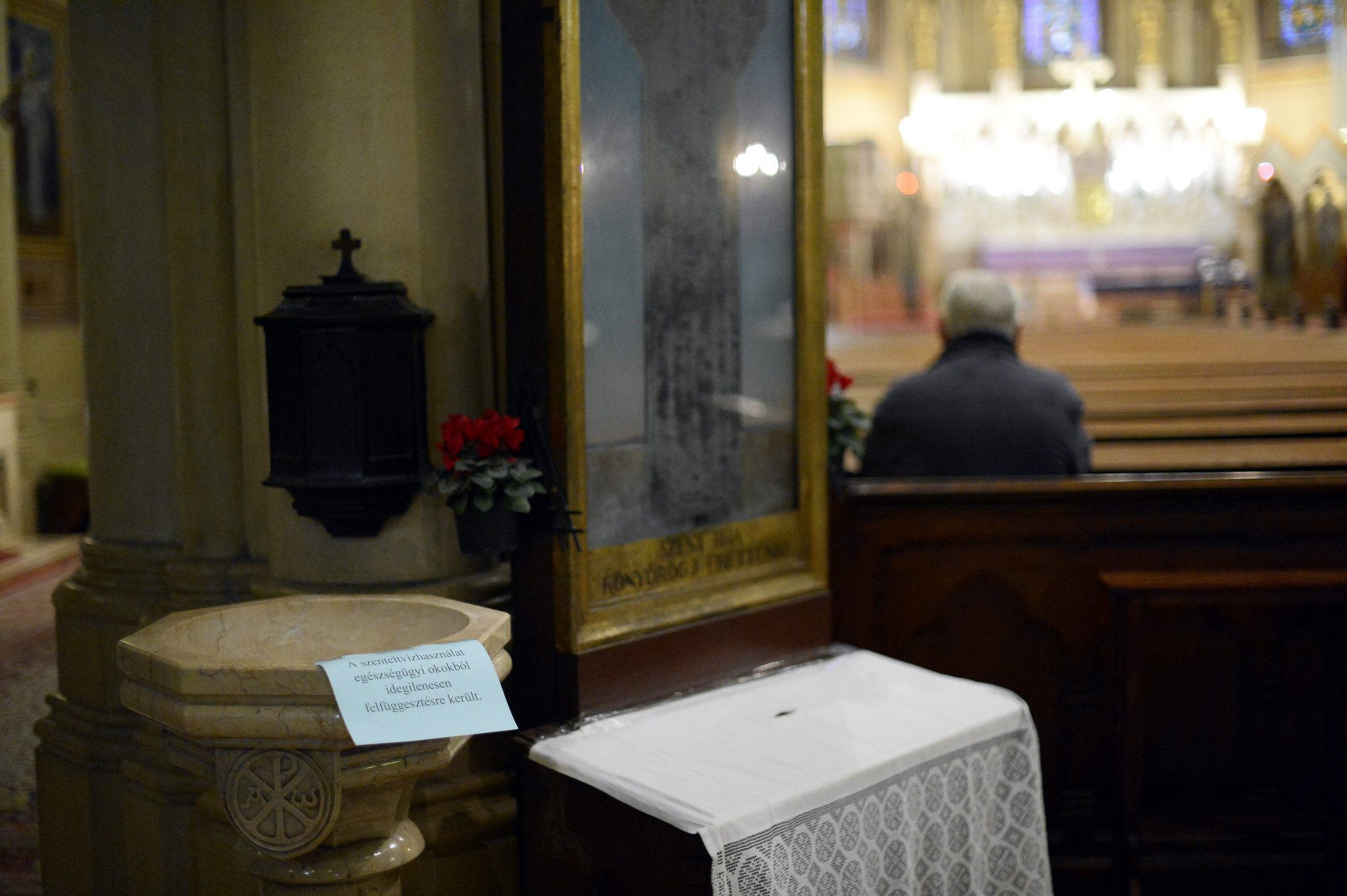 The Calvinist church also urged the use of separate small cups instead of a chalice and asked those believers who are ill (with colds, fever, influenza) not to go into the community, and that their communities should hold individual and intercession prayer for the patients to heal and eradicate the disease. 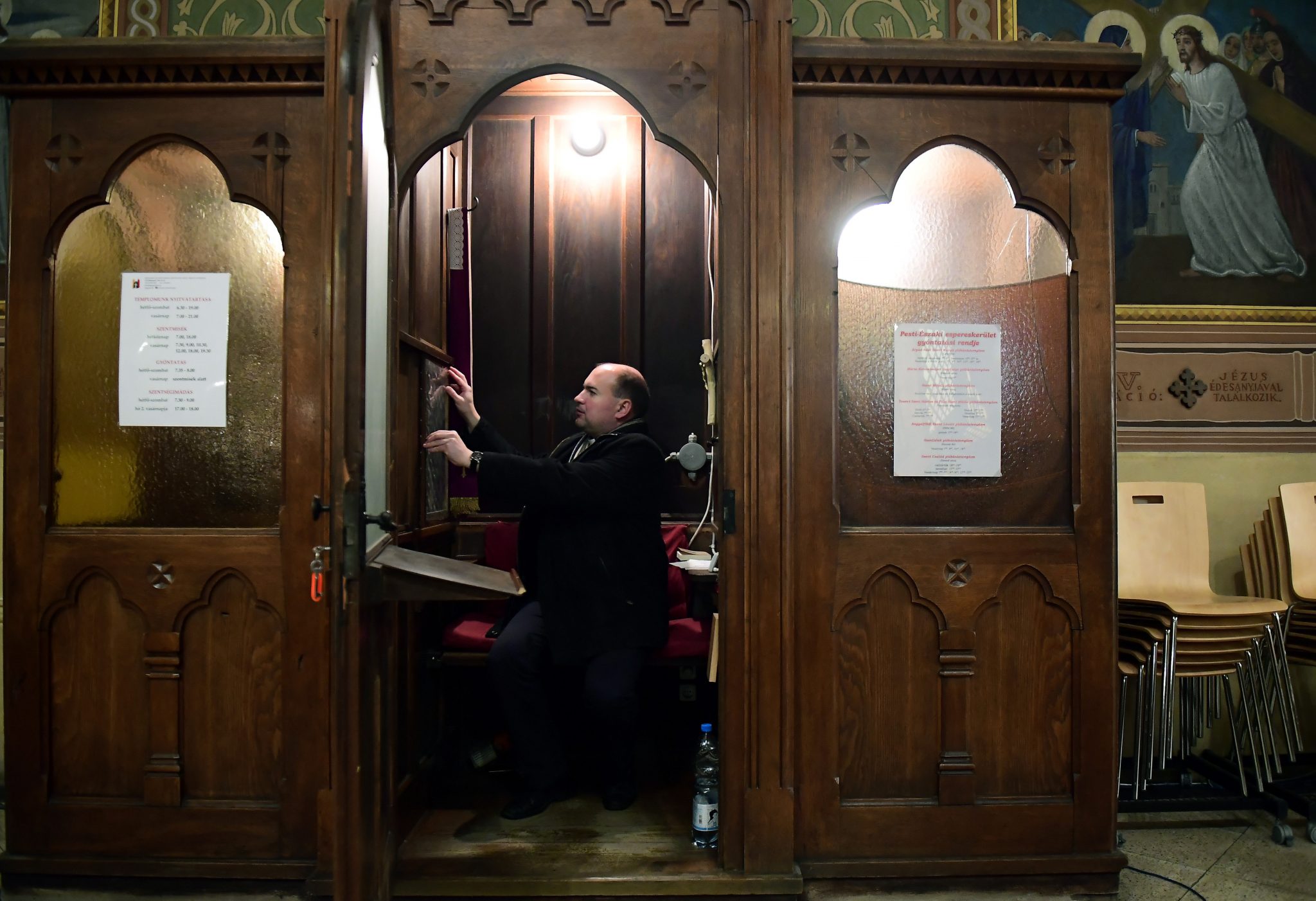 Authorities asked all church institutions, schools, and parishes to ensure that leaders comply with the requirements, and perform frequent, preferably hourly, thorough ventilation. Additionally, they must ensure that toilets are always provided with enough soap, paper towels, and sanitary paper as well as hand disinfection facilities for those entering the building. In case of patient care, patients are requested to comply with the epidemiological regulations issued by the National Chief Medical Officer and to have their hands disinfected before and after visits.