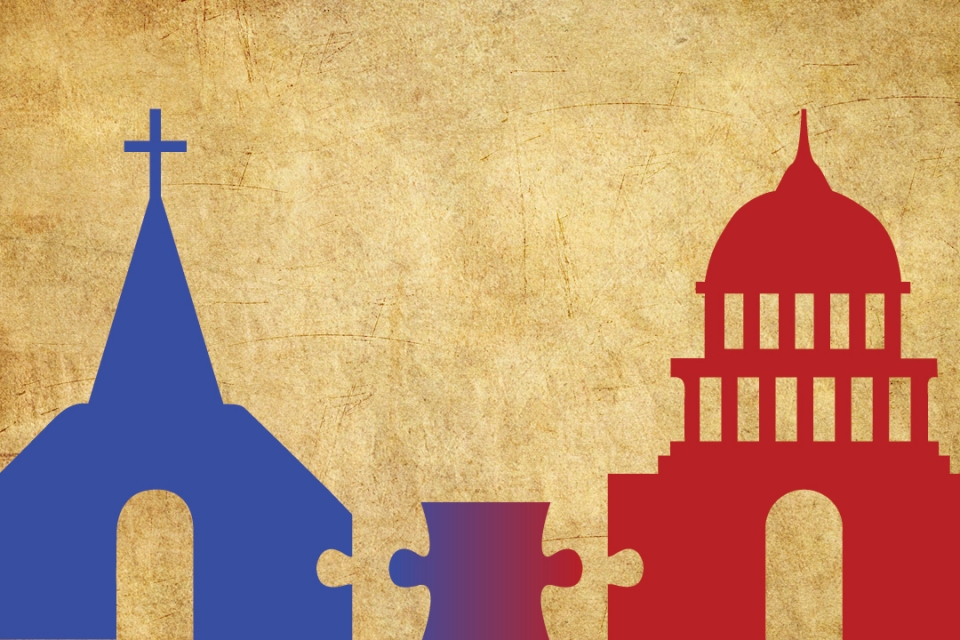 In the past several months, the issue of religious leaders becoming involved in the upcoming April parliamentary elections has become a cause of heated debate in Hungarian political life.

This week, Slomó Köves, rabbi and head of the Unified Hungarian Jewish Congregation expressed regret for his perceived endorsement of KDNP Member of Parliament István Hollik. The MP, a member of Viktor Orbán’s ruling Fidesz-KDNP coalition, has come under criticism for his praise of Miklós Horthy, the controversial regent who ruled Hungary from 1920 until 1944.

In pamphlets, Köves was quoted praising Hollik as a “helping hand” in the “renewal of Hungary’s “Jewish cultural and religious life.” Responding to criticisms that these comments amounted to an outright political endorsement, the rabbi claimed that

As a Jewish leader it is my responsibility to look for cooperation with every politician and democratic political party that helps the cause of Jewish religious life and education,

adding that he maintains good relationships with many opposition MPs as well. Köves said that these MPs also “receive, or could receive in the future” his support. The Jewish leader went on to argue that

This is what my support was about, but if this was interpreted as entering into the campaign, then perhaps it was a mistake, and I apologize for that.

He added that he regrets Hollik’s praise of Miklós Horthy, and intends to speak to the MP about the matter. 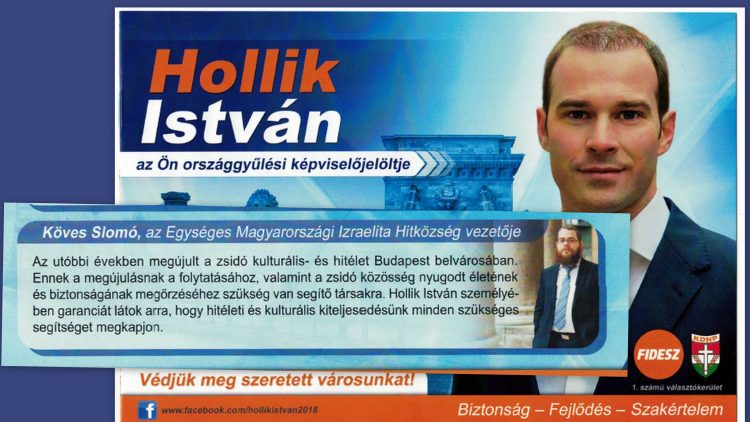 Köves’ apparent support for a government politician comes on the heels of a controversy that erupted following a speech by a Catholic priest in the southeastern Hungarian city of Hódmezővásárhely, delivered in his church following the end of the mass.

In the middle of January, László Németh, pastor of the Catholic Church in Hódmezővásárhely, gave a speech at the end of a mass which he had not presided over. Speaking inside the church for roughly ten minutes, the priest urged his flock to vote for a Fidesz candidate in the city’s upcoming mayoral elections, and against the independent candidate who is himself a parishioner of Németh’s church. In addition, the Catholic pastor spoke extensively about the Orbán government, claiming that, since the Second World War, “the Catholic Church has never enjoyed such support, as under the current government. You can view highlights of Németh’s speech, in Hungarian, below:

The priest’s comments incited a great deal of anger among his parishioners, as many were both confused and upset that he had so openly mixed politics with religion, and felt that he had abused his position as a local spiritual leader in order to play politics from the pulpit. According to news site Index.hu, one parishioner expressed his disbelief at Németh’s speech, wondering,

How did Father think this up? Did he think he could drive us like sheep, and that we would agree with everything he said?

Another woman, reacting to the sermon, complained that the priest had “sold himself, and sold the church as well.”

Speaking to Hir TV after news of Németh’s sermon broke, Miklós Beer, Catholic Bishop of Vác, argued that a priest “cannot act as a party functionary.” While he may emphasize the moral impacts of certain choices, and may encourage them to vote, telling parishioners who to vote for clearly crosses a line, the Bishop said. Beer added that

When a priest ties himself to a party, that also means that he only views that party’s supporters as his flock, and this is a very big mistake. We have a mission to every person, and we must remain above everyday party politics.