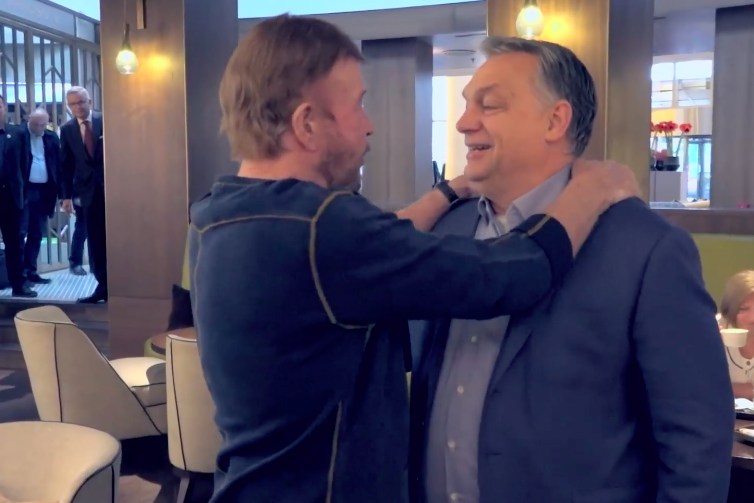 Chuck Norris, legendary actor, martial artist and internet meme-star wrote a lengthy article for WND about his “bromance with the Hungarian Prime Minister” following his recent visit to Budapest.

Norris and his wife visited many sites around the capital with Prime Minister Orbán, including the Megyeri bridge over the Danube which was almost named after him in an online poll: “It was so great to spend the day with Orbán as he personally drove us around the capital city of Budapest. It was our first time in the country, and, boy, was it beautiful.”

In the article, Norris also discusses the Hungarian government’s migration policy, the Stop Soros law and quotes the PM describing how 90 percent of the comments he receives are negative and how liberals hate him. He writes:

protecting his borders to espousing Christian values and even establishing a “Stop [George] Soros” law. He was just reelected for the third time in a landslide victory. He’s very popular among the common people, though progressives vehemently dislike him.

PM Orbán took the former professional martial artist to a demonstration by the elite Hungarian anti-terrorist force, who, according to Norris, is said to have “some of the best training and techniques I’ve seen around the world.” 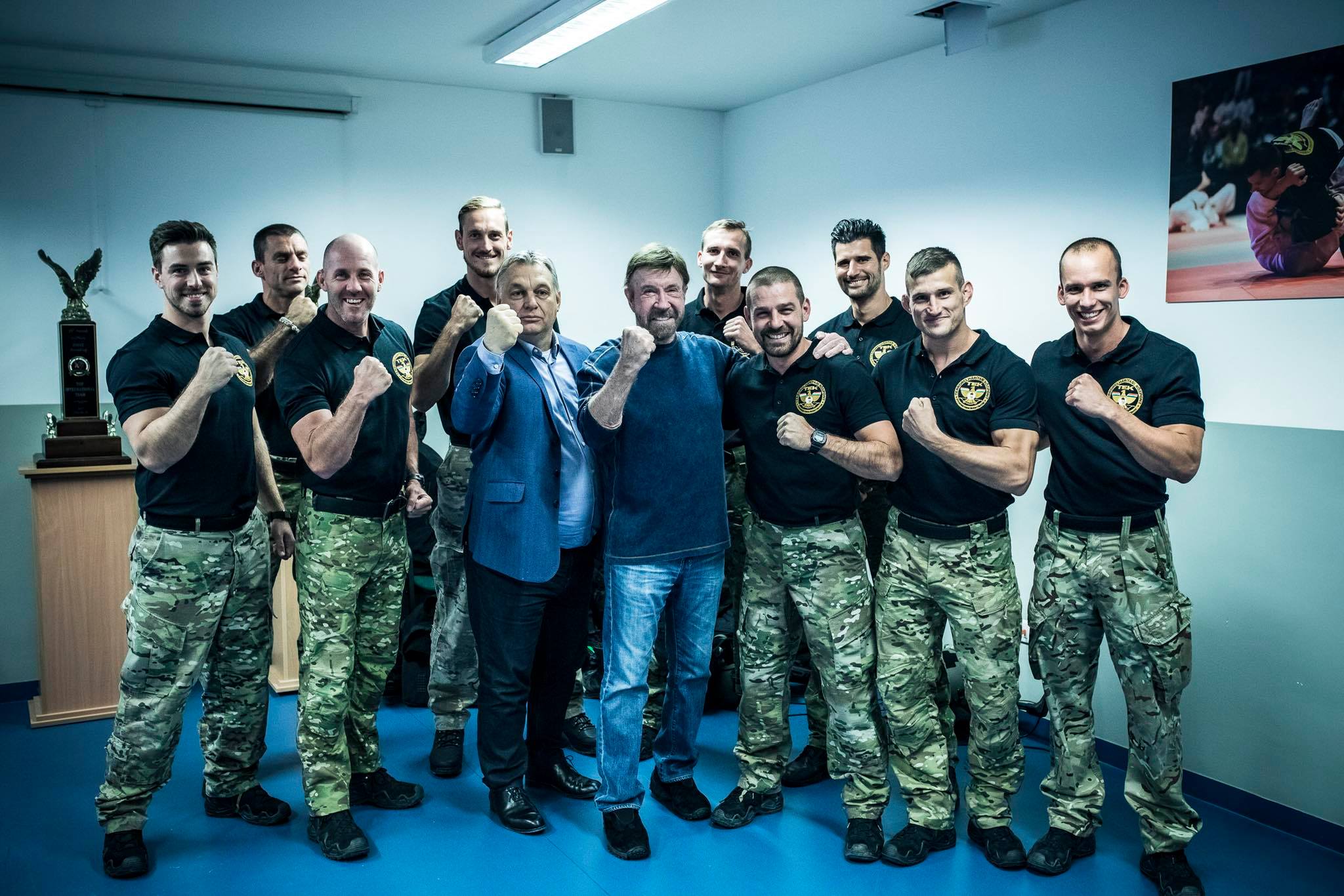 On his friendship with the Prime Minister, Norris referred to the headlines of international and national news outlets which have deemed it a bromance:

I don’t know about a bromance, but he is certainly our newfound friend. Or as Gena echoed when we said goodbye to the prime minister: “Friends forever!“

The 78-year-old actor visited Hungary for the first time as the Baptist Aid’s guest star at their ‘Shoebox’ charity event at the Arena. Every year during the Christmas period, people are encouraged to donate items in a shoebox at the ‘Shoebox’ charity, hence the name. Norris also held a lecture about conversion at the event as he was brought up in a Baptist family.