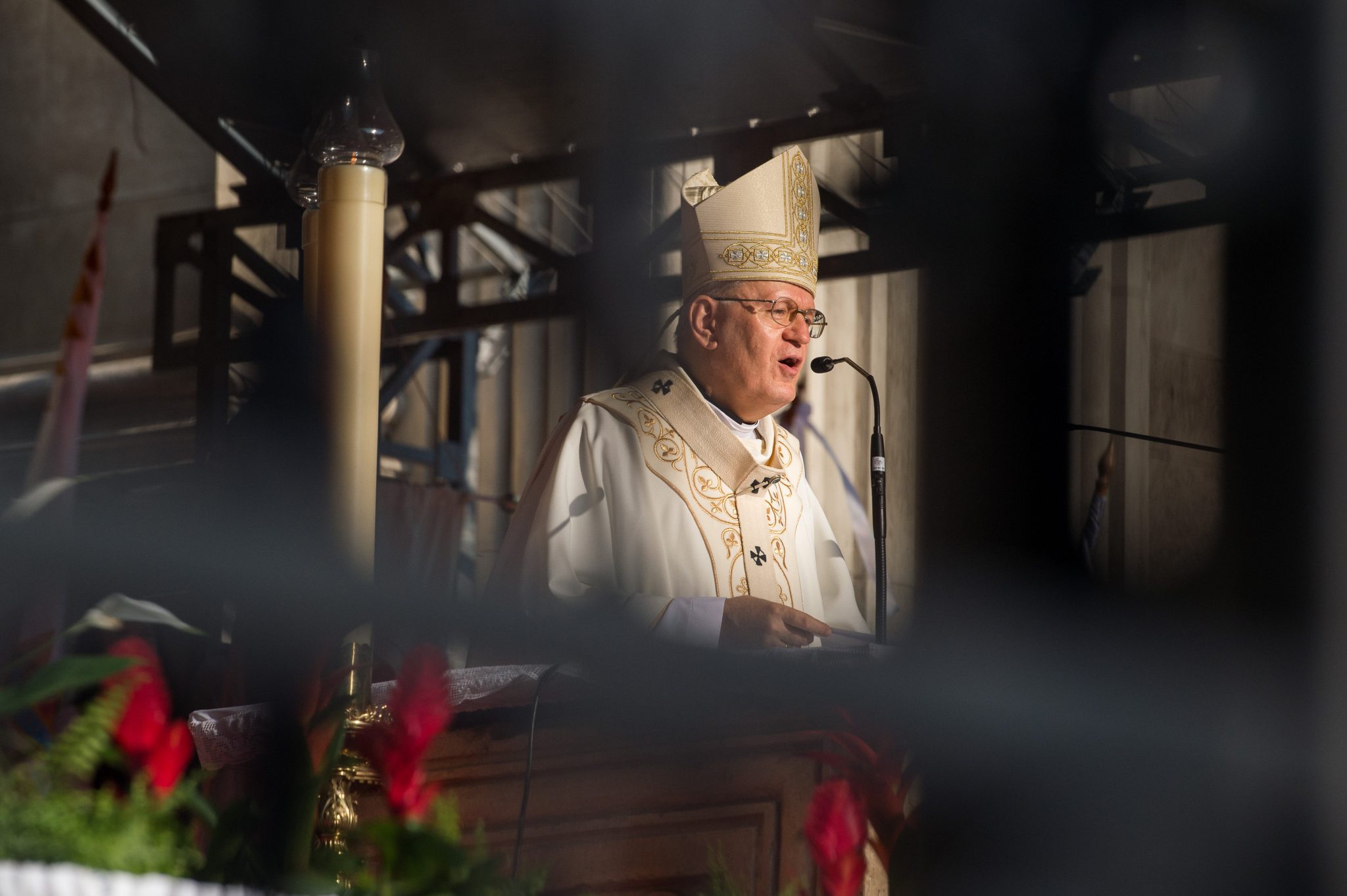 God has taken community with man and “has enabled us to see Jesus Christ in other people”, Cardinal Péter Erdő, the head of the Hungarian Catholic Church, said in an interview to MTI on Tuesday.

The cardinal referred to the family as the primary place for that communion, but also said that churches should “serve as a place for communities brought together by love”.

“Stepping into a church should mean to the visitor that they are there not as an audience for ‘a show’, but as a member of a community,” Erdő said.

Referring to the mission of his church, the cardinal said that it has traditionally involved helping the poor. The Catholic Church has “a specific asset of unselfish help to others based on the faith”, he said. The burden of bureaucracy weighs on the church’s welfare facilities, Erdő said, adding that such institutions in central and eastern Europe are obliged to meet “sophisticated regulations set up by Western standards” but without the financing provided in Western countries.

The cardinal touched upon the issue of an ageing society, and noted the large number elderly people living alone and without any help. He said that many young people will seek employment in other countries, further increasing that number.

Concerning Hungary’s Roma minority, the cardinal said that while 87 percent of them had held jobs before 1989, that ratio is currently below 50 percent despite “very serious efforts in recent years”. He added that the government’s public work schemes were “a step in returning to the world of labour”. The cardinal noted that there are elderly, sick, or challenged people, who are unable to work. “We must navigate between two banks”, he said, and argued that while integration through providing jobs was important, those that are unable to work should also be assisted.

Reformed Church leader: Christmas is a celebration of “God’s intervention”

The head of the Hungarian Reformed Church’s synod said Christmas is a celebration of “God’s intervention”, in his message on Tuesday, marking Christmas Eve.

“What we celebrate at Christmas is that God intervened in all of the world’s affairs,” bishop István Bogárdi Szabó told MTI.

“Man wants to be sovereign and feels humiliated when God tells them what to do. The modern man of all ages complains if God ‘steps in’ into their personal life by giving advice, stopping an action or giving punishment,” he said. “Yet, there is a community that not only claims that it needs God’s help in choosing the right path, but also confesses that it cannot decide the right path on its own,” Bogárdi Szabó said.

“We, Christians stand before God like ones who are lost seeing that the best plans made by man end in a bad way,” he said.

Christians yet believe that there is solution to the world’s problems, but solely in the hands of God, said Bogárdi Szabó.

Seeing social injustice Jesus spoke “firmly and to the point”, which gives the power to Christians today to “take a position on issues of public life individually or as a church”, Bishop Tamás Fabiny, head of the Hungarian Lutheran Church, told MTI on Tuesday.

Fabiny, at the same time, warned against “short circuits” of tying those positions to one or the other political party.

Referring to the 30th anniversary of Hungary’s democratic transition, the bishop said that Hungary’s churches had “not done too well” in dismantling the communist regime, and said in both the Nazi and communist regimes the churches “were often adrift” and were bent on meeting the requirements of the political system of the time.

“Learning from mistakes of the past we should have the courage to act and raise our voices,” he said.

In the current system, churches depend on financing from central coffers, but “believers should be made aware” that the “degree of independence from the state is partly determined by their readiness to donate”, the bishop said.

Fabiny suggested that central budget regulations were “unpredictable”, and “churches may often feel that they receive support to the detriment of another church; when one gets financing the other won’t” and warned against rivalry between church organisations. It is important to realise that “prosperity of one church will make another richer, too”. “Prosperity for the churches is prosperity for the country” and vice versa, he said.

Concerning persecuted Christians, Fabiny said that “their future determines the future of Europe’s Christians too”. If Christians in the Middle East are defeated “it will make our life much more difficult”, he added. “Their perseverance shows us how lazy we are in our Christianity; Europeans have become too comfortable and will burn everything on the altar of consumption”.

Fabiny said, however, that talking about the persecution of Christians in Europe was an exaggeration despite occasional “nuisances” such as offensive articles. He said he disapproved publication of such writings, but added that such texts will not lead to “petrol bombs thrown at anybody’s house”.

Fabiny also said he thought it hypocritical to compare “a secular Western world to a very religious Hungary”. “We should not delude ourselves that we are pious; though in a different way, we are also secular,” the bishop said. 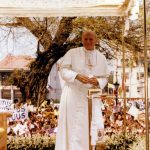