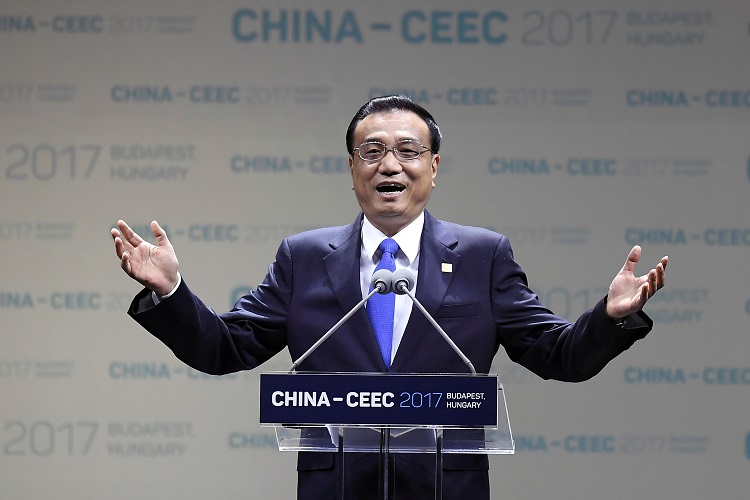 Central and eastern Europe has become the most competitive investment environment on the continent, Hungarian Prime Minister said at the opening ceremony of the Central Europe – China forum in Budapest on Monday. 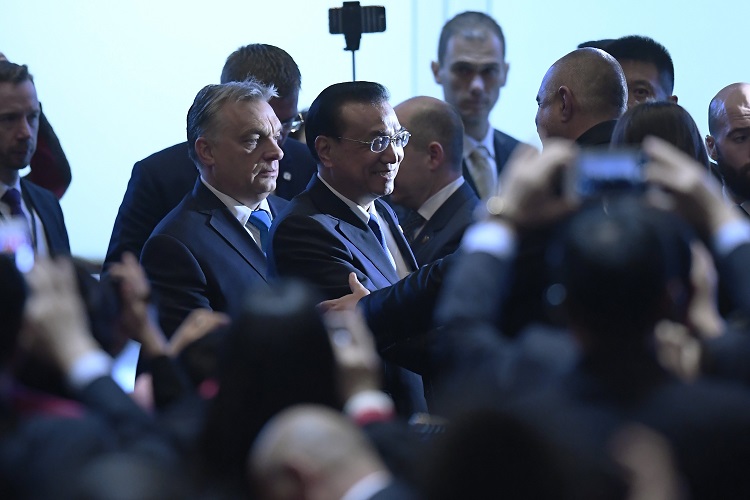 Li Keqiang, the Chinese Prime Minister who arrived in Hungary on a three-day official visit on Sunday, is also attending the China-CEE “16+1” summit on Monday. First on the agenda is a business forum to be attended by 1,000 business people representing 330 Chinese, 340 central European and some 300 Hungarian companies. Following the forum, China and the central European countries are expected to sign a total of 23 bilateral agreements.

In his opening address, Hungarian PM Viktor Orbán insisted that the 16 CEE countries attending the forum were the “engine” behind Europe’s economic growth. He noted, however, that “the star of the Orient is high” in global economy; with the Chinese economy soaring, Europe will need to involve the East “technically and financially” to develop further. Europe must not turn inward or else it will lose on opportunities for development, especially “at a time when it faces historic challenges which it cannot meet unless it has powerful allies”. 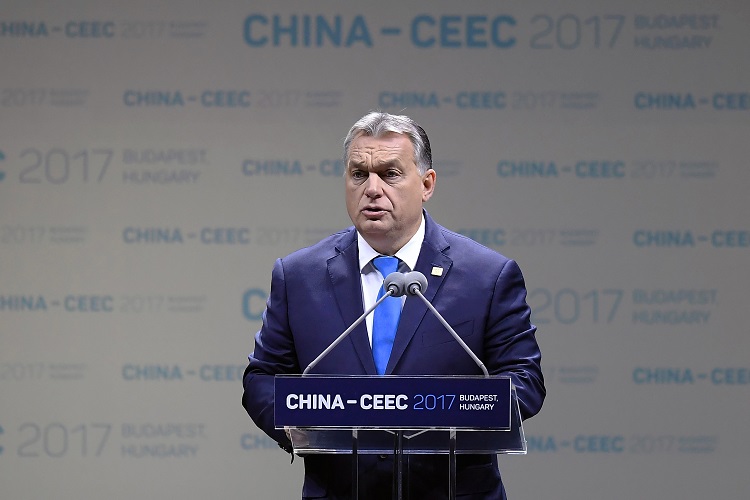 China’s Prime Minister Li Keqiang said at the opening ceremony that cooperation was mutually beneficial for all participants. He noted that in recent years economic cooperation between China and the CEE region has gradually been increasing, reducing the distance between Europe and Asia. China’s economy has gained a huge momentum; many new companies are set up each year, which create a lot of new jobs and contribute to the modernisation of traditional industries, the Chinese premier said.

All political and financing conditions are in place to ensure “the most fruitful” cooperation between companies in China and central and eastern Europe, Foreign Minister Péter Szijjártó told the opening ceremony. Szijjártó said that countries in the CEE region offer good opportunities for Chinese companies through their “reasonable policies, economic growth above the European average and competitive investment environment”. Szijjártó added that no open issues have remained to hinder business cooperation between China and the CEE region. 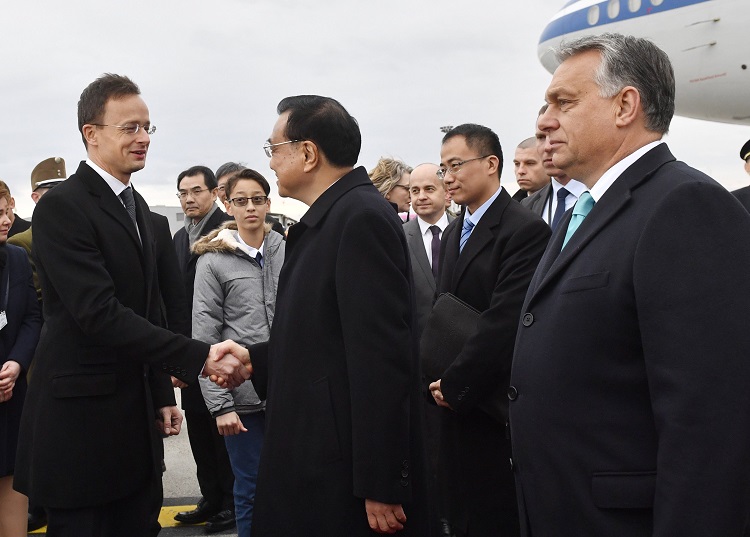 The Hungarian Foreign Minister also spoke at a press conference at Budapest’s Liszt Ferenc International Airport ahead of the arrival of Chinese Prime Minister Li Keqiang on Sunday. Péter Szijjártó said Hungary had set a realistic goal of becoming the central European region’s top exporter to China as well as China’s top investment destination in the region. He noted that Hungary has so far been successful in reaching the former goal. Data from the first eight months of the year indicate that Hungarian exports to China rose by 26% compared with last year’s export growth rate of 25%. The volume of Chinese investments in Hungary has exceeded 4.1 billion US dollars, Szijjártó added.

Szijjártó informed reporters that on Tuesday, Prime Minister Viktor Orbán is scheduled to hold talks with his Chinese colleague. Following the talks, the two leaders will sign 11 bilateral agreements. Apart from his Chinese counterpart, Orbán is set to meet with six other prime ministers over the course of the next two days, Szijjártó added. The minister also said that the central European investment fund established by China “will enter its second phase”. Hungary’s Eximbank will be contributing 70 billion US dollars to it which will have to be offset by investments in Hungary worth at least 140 billion dollars, Szijjártó said. The fund will manage a total of 1 billion dollars, he added.

China and Hungary’s Eximbanks will sign an agreement on the Chinese bank opening a 500 million dollar credit line for its Hungarian counterpart to develop its loan activity. China’s Eximbank will also open a 217 million euro credit line for Hungarian chemicals company BorsodChem, owned by China’s Wanhua group, to promote further developments. Further, China Development Bank will provide a 20 million euro credit line for BYD’s electric bus plant in Komárom in northwest Hungary for developments. An agreement will also be signed between China’s Fudan University and Hungary’s John von Neumann University on the launch of a joint MBA programme in 2019, Szijjártó added.

The public procurement tender for the revamp of the Hungarian section of the Budapest-Belgrade railway line will also be called on Monday, he said. Szijjártó said that the Economy Ministry had concluded talks on the conditions of China’s financing offer for the project. The offer is for a 20-year US dollar-based loan with a 2.5% interest rate which can be used to finance up to 85% of the project, he said. Construction works are expected to begin in late 2020, Szijjártó said. The total cost of the project is estimated to be 550 billion forints (EUR 1.76bn), he added. 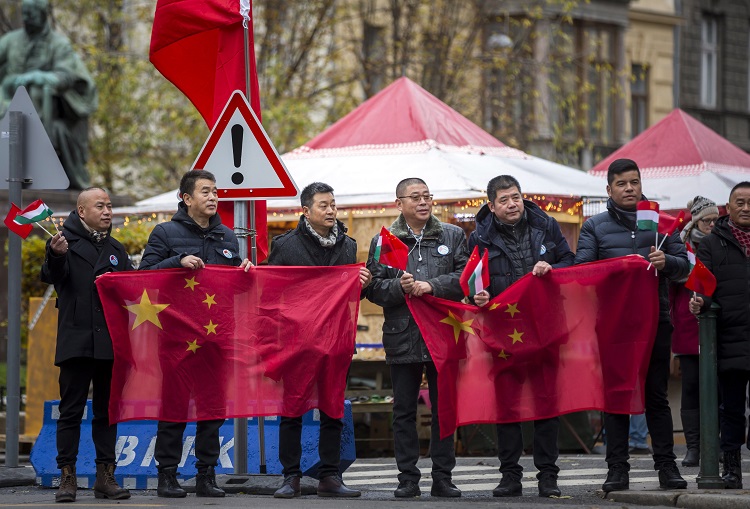 Cooperation and the expansion of economic ties between China and central and eastern European countries offers clear benefits to all parties involved, the Hungarian economy minister said. As a “highly open economy” and a part of central-eastern Europe, “which is considered the engine of growth in the EU”, Hungary has an interest in the expansion of international cooperation, particularly cooperation with China, the economy ministry quoted Mihály Varga as saying at a roundtable discussion organised by the Sino-CEEF Fund. The conference was also attended by Sino-CEEF Fund chairman Jiang Jianqing and former British prime minister Gordon Brown, the organisation’s chief advisor.

It is an increasingly common view among experts that the global economy is in a low-growth trap, Mihály Varga said. One way to break out of it could be by having national governments support economic policies that promote growth. Hungary made the decision to pursue such a policy years ago, Varga said. A strict fiscal policy introduced in 2010 has allowed Hungary to keep its budget deficit under 3% of GDP in recent years and the public debt is also decreasing, he said. As regards Hungarian-Chinese trade relations, Varga said bilateral trade turnover exceeded 7.1 billion dollars last year, up 8.2% from 2015.