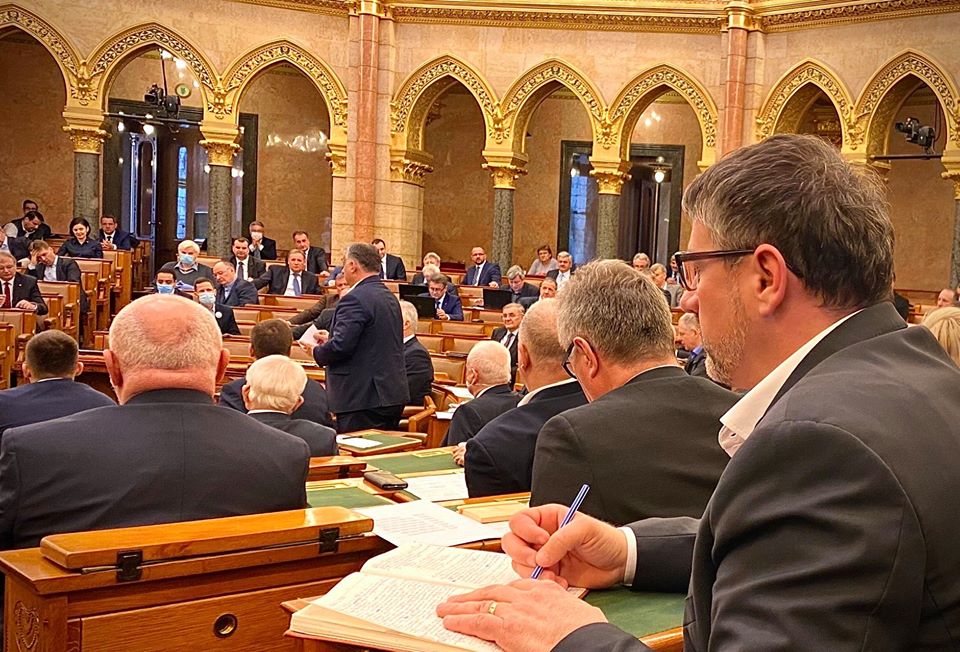 The corruption case of Fidesz MP György Simonka might have reached the legislative powers, meaning that even laws might have been modified in favor of the Békés County MP, according to the Chief Prosecutor’s response to independent MP Ákos Hadházy.

Péter Polt’s answer apparently confirms that Simonka managed to somehow achieve the modification of two agriculture-related acts that would dampen the consequences of the irregular usage of funds, mainly aiming to avoid the pay-back of those funds.

According to Hadházy, this means that in addition to 33 charged individuals, the presenters of those modifications should also be charged, namely Deputy Speaker of the National Assembly and National Association of Hungarian Farmers’ Societies and Co-operatives (MAGOSZ) leader István Jakab, MP and president of the National Chamber of Agriculture Balázs Győrffy, and former Minister of Agriculture, Sándor Fazekas. He claims that this might be the biggest corruption case of the past thirty years.

Fidesz MP Lajos Kósa, who at that time was the party’s parliamentary group leader, sees otherwise. He told left-wing daily Népszava that “we didn’t amend any law at the request of Simonka,” adding that Simonka hadn’t submitted any bill (Government-critical Index notes this is not what the prosecution states).

Simonka’s case has been on the agenda since October 2018 when his immunity was suspended. The Central Investigating Chief Prosecutor’s Office had filed a lawsuit against the Fidesz MP last August, along with 32 of his associates, for tax fraud in a criminal organization, causing particularly serious financial damage and other criminal offenses. According to the prosecutor’s office, the financial damage stemming from the scheme exceeded HUF 1.4 billion (EUR 4 million).

While the names of the politician’s accomplices and the other charges haven’t been disclosed yet, according to liberal 24.hu‘s explorations, Simonka’s family members are also being accused, likewise the relatives of two other Fidesz politicians: the nephew of MP and regional party director János Kerényi, and the father-in-law and brother-in-law of MP Gábor Varga.

Although Simonka denies the charges, eight of the suspects have already plead guilty, four even reached an agreement with the prosecution.

featured image: Simonka (r) in the Parliament; via Facebook