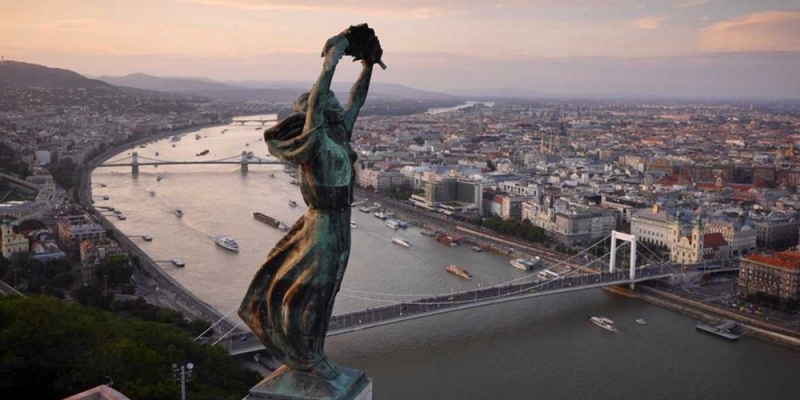 The Liberty Statue, or Freedom Statue (Hungarian: Szabadság Szobor) is something of a “many-faced symbol” of Hungarian culture. Originally, it was unveiled as a memorial tothe “Soviet liberation” of the 4th of April in 1945. Today, it has became the symbol of the heroes of Hungarian independence and part of the panorama of the Hungarian. What’s more… it would have been the symbol and logo of the Olympic Games 2024…if the city’s bid wouldn’t have been withdrawn, and if it would have beat out Los Angeles and Paris later this year.

The statue, then, has withstood the twists and turns of history; for now at least, it looks like it’s here to stay.

The Szabadság Szobor or Statue of Liberty in Budapest, Hungary, was first erected on the 4th of April in 1947,  in remembrance of the Soviet liberation of Hungary from Nazi forces during World War II. Finally, in 1989, the Soviet hold was loosened and one-party rule came to an end. Quickly, the statue inscription was changed to reflect the more recent events. Note the difference in the current inscription, which can be translated as: “To the memory of all those who sacrificed their lives for the independence, freedom and prosperity of Hungary.” (1989) 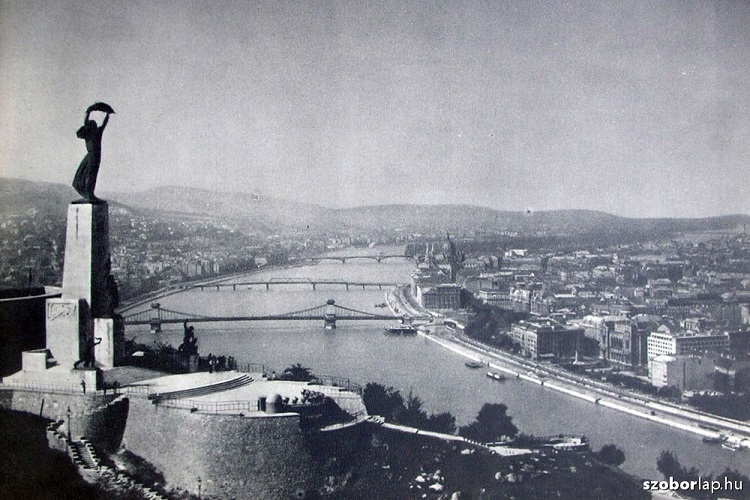 The 14 m tall bronze statue stands atop a 26 m pedestal and holds a palm leaf. The monument was designed by Zsigmond Kisfaludi Stróbl. According to an urban legend, the design was originally made for the memorial of István Horthy and would in that role have featured a human child instead of the palm leaf that was a Soviet addition. 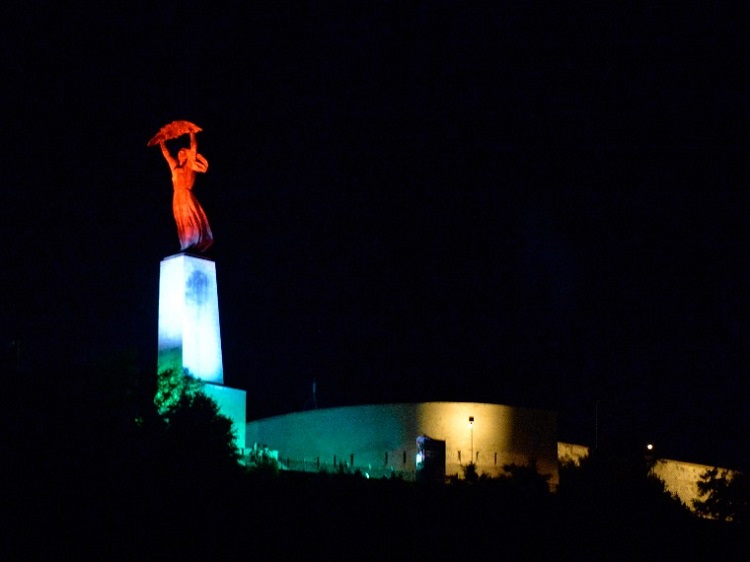 Its location upon Gellért Hill makes it a prominent feature of Budapest’s cityscape. You can view the statue for free at any time of day or night. See it from above from atop the Citadella at the top of Gellért Hill or reach its base by foot, bus or car along the Citadella sétány.

Have a look at the “living statue”… Here are some creative, fun images that have been made of the iconic Budapest landmark. 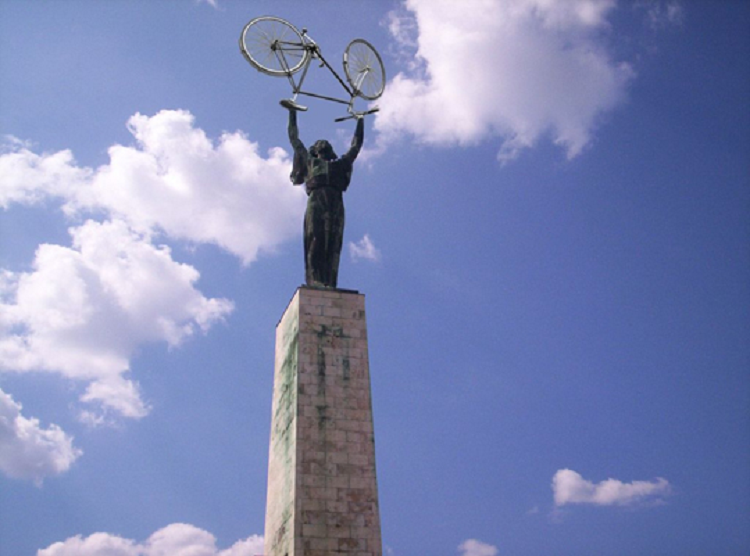 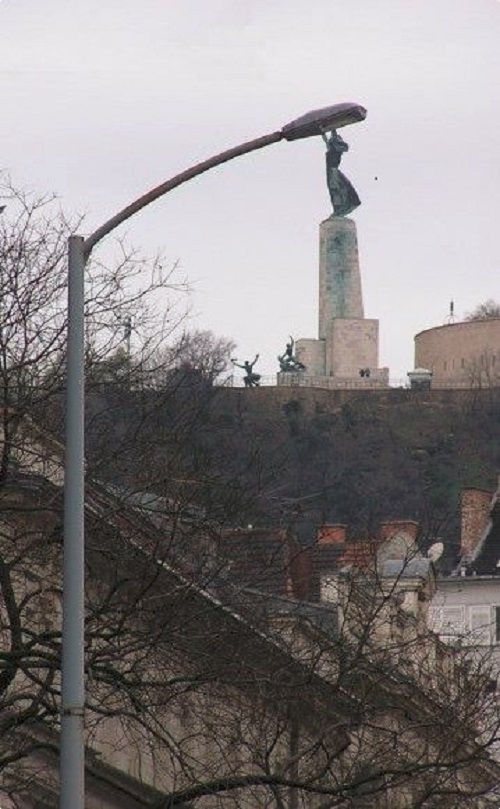 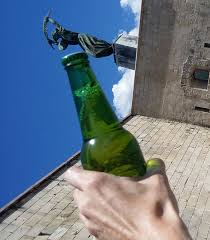 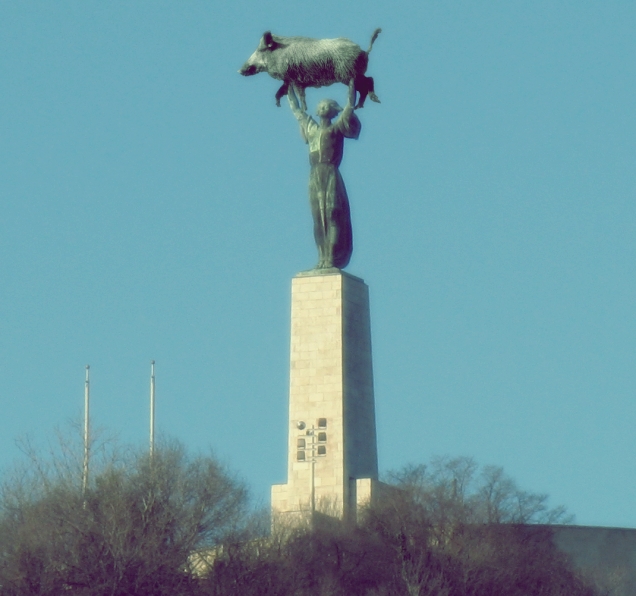