A commemoration was held in Parliament on Sunday, to pay tribute to the late Count János Esterházy, the sole Hungarian deputy in the Slovak parliament before 1945.

At the ceremony Gergely Gulyás, the head of the Prime Minister’s Office, said in his address that Esterhazy’s legacy was “global and national at the same time”, adding that the late count was a “much-suffered, innocent saint”, who should be revered by “all for whom freedom and human dignity are unquestionable values”.

Gulyás said he hoped that Esterhazy would soon be officially rehabilitated, an act “our Czech and Slovak friends owe to his memory, to justice, and thirdly, to themselves”.

In another development, Gulyás said that ramifications of the Trianon Peace Treaty concluding the first world war had “determined the careers of all politicians” of the 20th century. “We have had to fight for the survival of our communities. Sometimes we have to make tremendous sacrifices so that there are people speaking and singing in Hungarian, praying and dreaming in Hungarian even if they live in an ethnic minority under the rule of another state.”

Esterházy (1901-1957) was a firm advocate of the ethnic Hungarian community, raising his voice against any violation of minority rights and against discrimination.

Czechoslovak authorities arrested him in 1945 under the charge of war crimes, and turned him over to the Soviet military authorities. In 1947 he was sentenced to 10 years of forced labour in Moscow and handed a death sentence in absentia in Bratislava on trumped-up charges. Two years later, the Soviet Union extradited the ailing politician to Czechoslovakia, where the president commuted the death sentence to life imprisonment. The count died in a prison in Mirov on March 8, 1957.

In the featured photo: János Esterházy 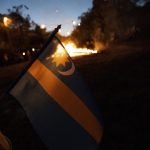 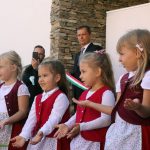