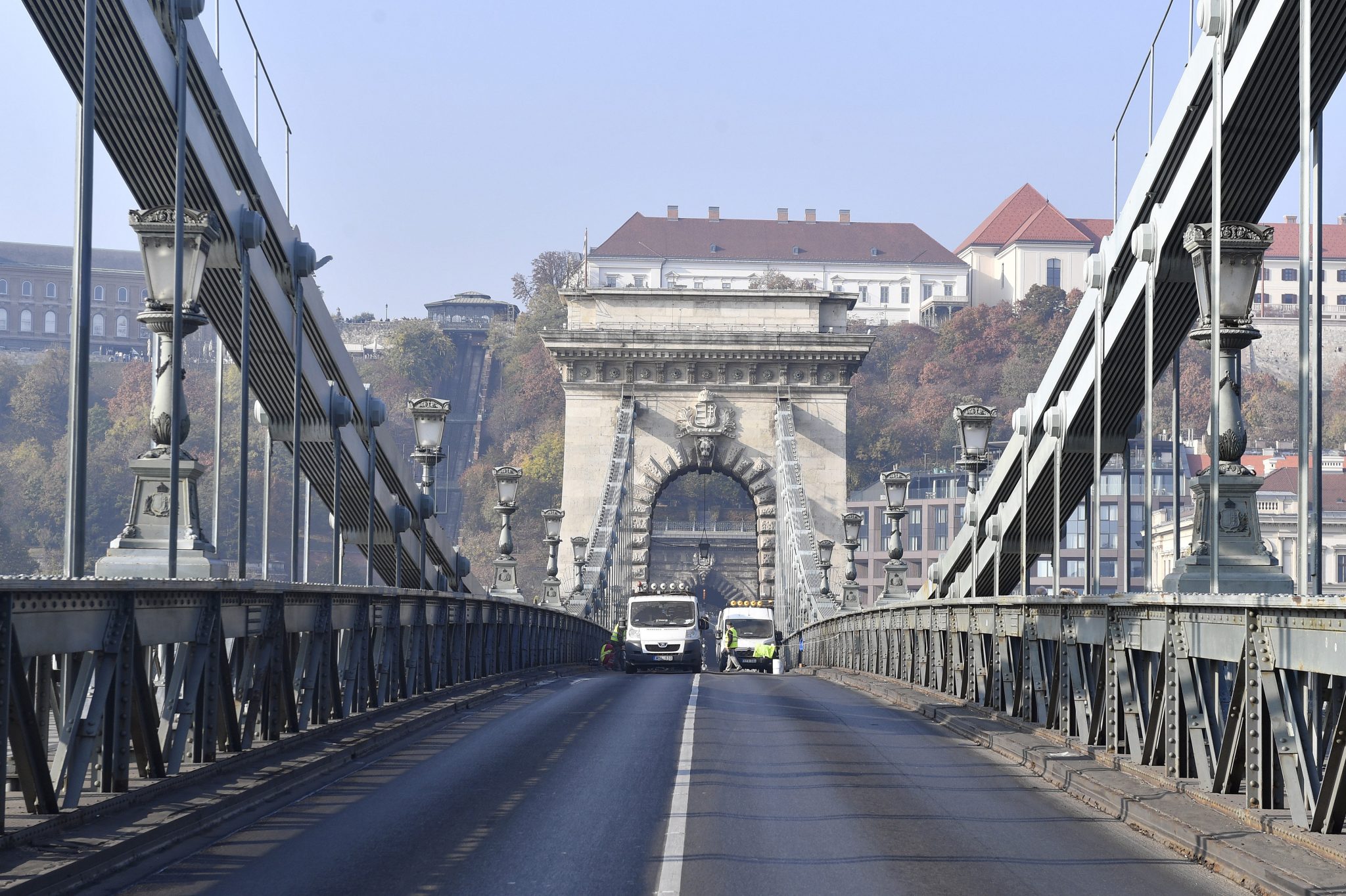 The high-scale and much-needed refurbishment of the Lánchíd (Chain Bridge) and Buda Castle Tunnel has long been on the agenda without any major progress. According to the current situation, this would remain the case, as Budapest’s opposition mayor Gergely Karácsony, just as his Fidesz-backed predecessor István Tarlós, insists that the funds the government would provide wouldn’t be enough for the works, and the capital alone does not have enough money.

The case once again made it to the agenda, when barely sobering up from the NYE hangover, the Budapest Transport Center (BKK) announced vehicles heavier than 5 tons (excluding, of course, BKK buses) can no longer pass on the Chain Bridge. This, however, didn’t surprise many, as it has long been known that the bridge is in critical condition, regularly undergoing checks by authorities.

In May, it seemed that the reconstruction would finally kick-off, as a government decision allocated HUF 24.6 billion (EUR 73.5 million) for the project. It became known only at the opening of the latest round of factoring in September, that even the lowest quote for the works amounts to HUF 35.8 billion (EUR 107 million), not counting potential further increases that most gov’t-funded projects face. While Tarlós then insisted that he would reject all the over-priced offers, the potential contractors insisted that they couldn’t go lower with the numbers.

In addition, after the elections, Karácsony stated that the project would need even more funds, around HUF 20 billion (EUR 60 billion).

On Thursday, Prime Minister Viktor Orbán at his year opening press conference, insisted that the government would only give as much money for the project as Tarlós was promised to get.

Karácsony, as a response, said that in that case, he might ban all vehicles and turn the Lánchíd into a pedestrian (and cycling) bridge. In a Facebook post, he explained that the bridge was in very bad condition, while funds for the works were not enough. “My predecessor [Tarlós] had already made clear that the allocated money is not enough (…) As it is one of the most well-known symbols not only of Budapest, but of Hungary as well, its preservation and renovation should be a common concern. Its further function should be decided jointly, with the involvement of Budapesters. I’m wondering what the Prime Minister would think of the Lánchíd as a footbridge.”

In response, the Prime Minister’s Office passed back the ball claiming that “it was the exclusive responsibility of the Budapest Municipality to determine the utilization of the bridge.”

The city’s leadership first planned the renovation of the bridge back in 2002 as it had last been (only partially) refurbished between 1986 and 1988. According to a 2014 plan, the bridge would have been widened, while one year later, in a more budget-friendly version, the bridge would have been made accessible only one way (Buda-bound) for the vehicles, with two bicycle lanes on the sides (and, of course, the sidewalks).

The aforementioned pricey offers came in after Tarlós’ announcement in July, who back then (without knowing what the offers would be) claimed that the renovation of the bridge and the tunnel would begin at the beginning of November.