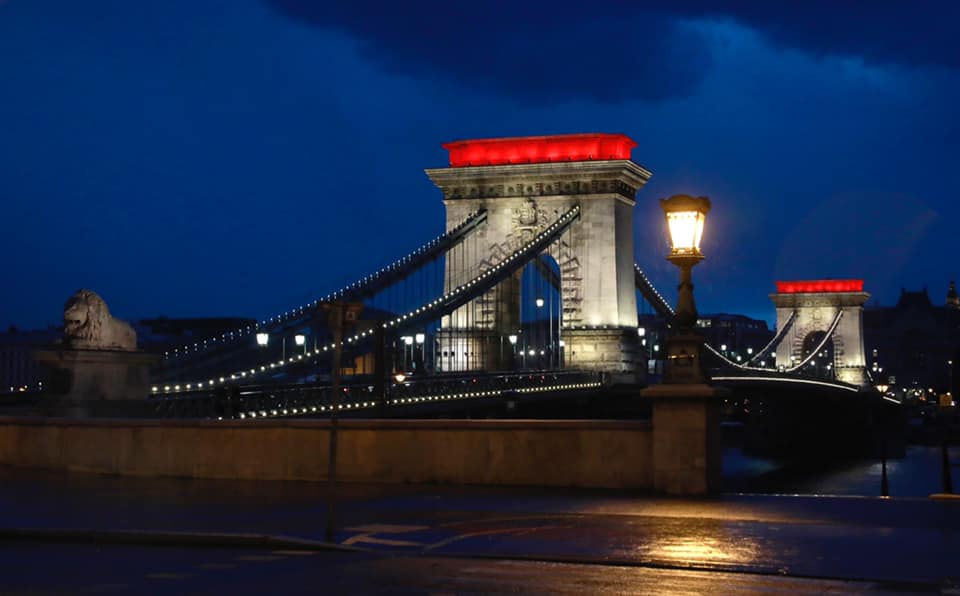 Budapest Mayor Gergely Karácsony announced in a Facebook post yesterday that the Chain Bridge was illuminated in red and white to express the city’s solidarity with the Belarusian protesters.

According to the post by Karácsony, the leadership of the capital wanted to express their solidarity with the Belarusian protesters, who “also stand up for democracy and freedom in the face of violent action from the army.” Thus, from Monday evening the decorative lighting of the Chain Bridge will be dressed in the colors of the traditional flag used by the Belarusian protesters, white and red.

Since the August 9 elections in Belarus, the opposition has been protesting against the official results of the presidential election. In the days following the vote, the army brutally disrupted the Minsk and rural protests and detained at least 7,000 people. The demonstrations have been peaceful since Friday. After some initial hesitation on the Hungarian government’s part to take a stance on the Belarusian situation, Foreign Minister Péter Szijjártó said on Facebook on Monday that Hungary backs Poland’s call for the presidential election in Belarus to be repeated with international monitoring.