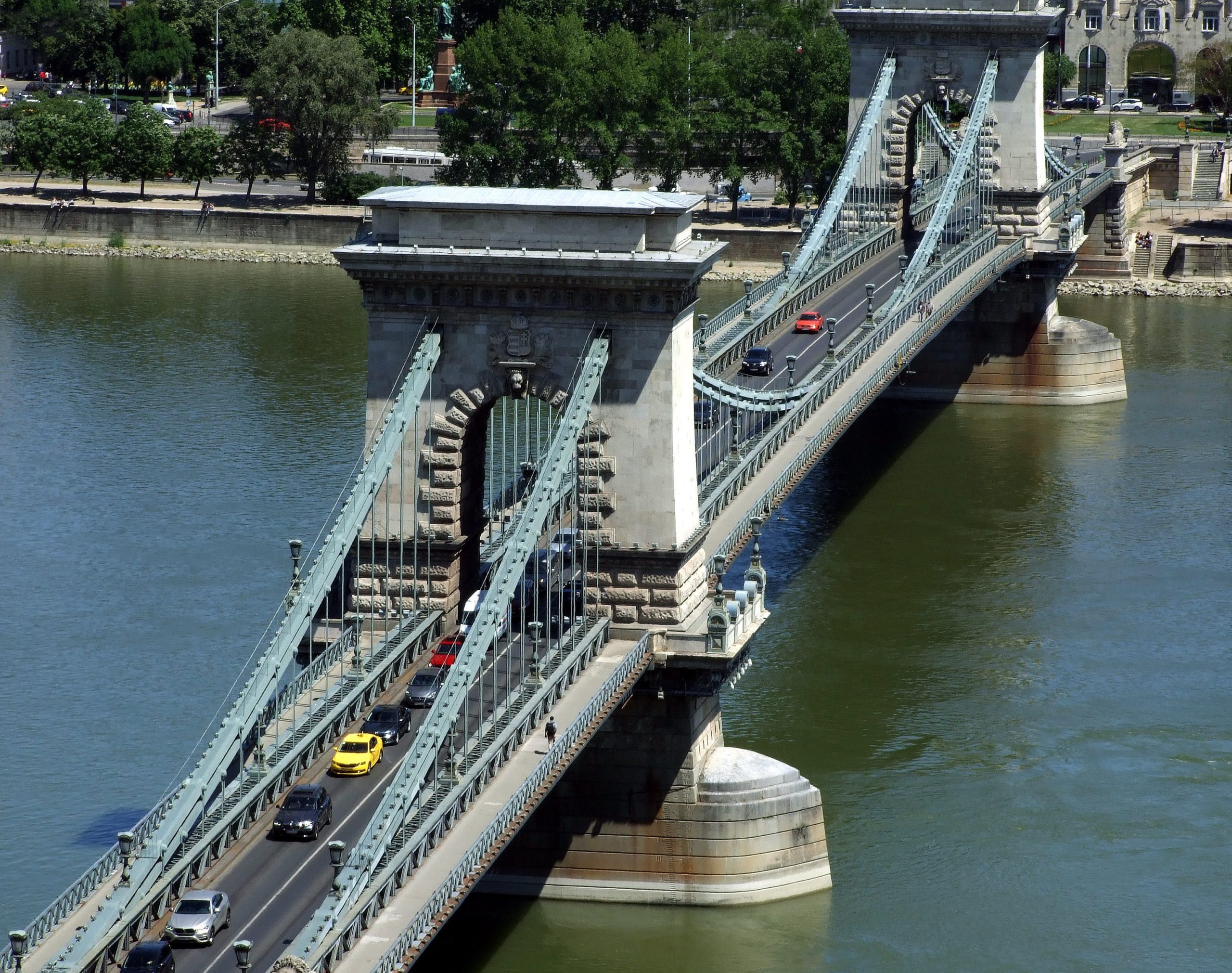 The condition of the Chain Bridge is deteriorating, and its renovation must begin without delay, each political party says. However, opinions and party communications differ on who is responsible for the delay. A blame game has started between the government and the opposition leadership of the capital about the renovation, and has drawn wider political criticism.

In 2013, an article was published with the following headline: ‘The Chain Bridge is rotting.’ The then leadership of Budapest said that the plans were going to be ready by 2015, and the reconstruction would take another 2-3 years. However, many believed that the renovation of the bridge should have happened years before, during the years of Tarlós’ predecessor, liberal mayor Gábor Demszky, or in 2011, the latest.

In 2014, before the municipal elections, István Tarlós, former mayor of Budapest announced his election plans, in which he promised to renovate the Chain Bridge and the tunnel between 2015 and 2017. In 2016, he estimated that the renovation project would cost HUF 18 billion (then, EUR 57.7 million). In early 2017, they planned to start the works in the second half of the year, with the iconic bridge closed for up to two years.

The Chain Bridge was the first permanent stone bridge connecting Pest and Buda, and only the second permanent crossing on the whole length of the river Danube. It is one of the symbolic structures of Budapest, the most widely known bridge of the Hungarian capital. Its construction was proposed by Count István Széchenyi, one of the leading figures in 19th century Hungary. Its official name is Széchenyi Chain Bridge. Works were started in 1839 by the plans of English engineer William Tierney Clark with the financial support of Baron György Sina, a Viennese financier. The construction was supervised by Scottish engineer Adam Clark. The inauguration of the Chain Bridge took place on November 20, 1849. At the end of World War II, retreating German troops blew up all the bridges of Budapest, among them the Chain Bridge on January 18, 1945. The bridge was destroyed nearly completely- only its pillars remained intact. The decision to rebuild it was made in the spring of 1947. The construction work was started: pillar portals were extended, abutments broadened, custom-houses pulled down, a pedestrian subway installed at the Buda end, and the tram underpass completed on the Pest side. The inhabitants of Budapest were finally able to repossess one of the most renowned structures of the city on November 20, 1949, exactly one hundred years after its initial inauguration.

In 2018, Gergely Gulyás, the head of the Prime Minister’s Office, announced that the government will provide HUF 6-7 billion forints (EUR 17,4-20,3 million) in funding for the renovation of the Chain Bridge and the Castle Hill tunnel, as per the request of Mayor István Tarlós. According to liberal news site 24.hu, Tarlós knew that he asked for a lesser amount in support money than the renovation required.

In the autumn of 2019, not long before the local elections, it turned out that the reconstruction would cost more than planned. According to the press, 50% higher totals were estimated, so the Tarlós-led capital city thought about changing the plans due to the overpriced offers and planned to divide the process of the bridge renovation and that of the nearby tunnel. It was written that despite the leadership of Budapest had calculated a cost of HUF 23.4 billion (EUR 67,7 million) for both, Strabag’s offer was around 35 billions (EUR 101 million). Due to the sky-high price, Tarlós and the Fidesz majority of the assembly reportedly first considered only renovating the bridge, hoping that the 23.4 billion sum would be enough for at least that project. Budapest Mayor Tarlós said that he would not sign overpriced contracts and was ready  to announce a call for new bids to lower the cost. 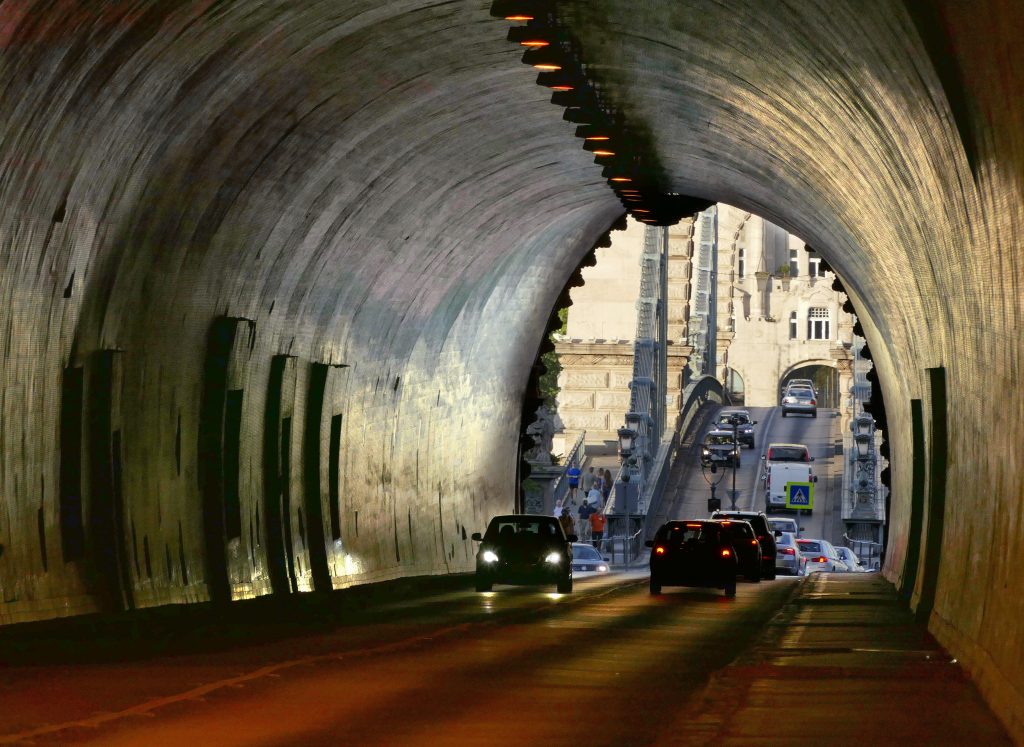 The tunnel, Photo by Csaba Jászai/MTVA

Tarlós lost the local elections and his successor, green liberal Gergely Karácsony announced in January that Budapest’s leadership had received four offers for the renovation. The offers for the Chain Bridge works ranged between HUF 24.6-27.9 billion (EUR 71,2-80,7 million), and those for the tunnel between HUF 9.9 and 11.2 billion (EUR 28,7-32,4 million). Considering these were net offers not including VAT and the city had only a gross sum of 23.3 billion (17.3 billion set aside under Tarlós, and 6 billion promised by the government), it quickly turned out that the renovation needed extra funds.

The two sides of the bridge story

The argument about the Chain Bridge has a long history, however in the last few weeks the government and Gergely Karácsony, the new opposition Mayor of Budapest, have started a blame game about who should be accused of the delayed renovation.

At the end of May, Karácsony announced that although the renovation was still a priority, the Budapest Municipality  decided  to postpone the renovation project indefinitely, whilst unplanned spending on coronavirus protection, cuts in central allocations, and losses in revenue have created a new situation requiring a review of several projects.

In response, Balázs Fürjés, the state secretary for the development of Budapest, asked the city’s mayor to clarify his position regarding the renovation of the Chain Bridge. He said it was important for the government to know since it has already earmarked HUF 6 billion (EUR 17.2m) to support the rehabilitation.

In early June, Karácsony cancelled a meeting of The Budapest Public Development Council, where the government was intent on finding a solution to the renovation of the city’s landmark Chain Bridge in consultation with city leadership, Fürjés said.

Karácsony said in a statement that the reason given for the postponement was that the draft budget for 2021 would deprive local councils and the metropolitan administration of vital resources (which has already started this year with the reasoning that measures against the coronavirus pandemic needs extra funding), thereby creating uncertainty regarding the capital’s development and operations. Karácsony emphasized that he had personally informed Gergely Gulyás, the Prime Minister’s chief of staff, of the details of the next meeting.

The city’s mayor responded that the city’s leadership considers the Chain Bridge “a national treasure” and will renovate it at all cost.

The Mayor of Budapest, Gergely Karácsony, has said his administration opposes holding fireworks on or around the capital’s iconic Chain Bridge on the August 20th national holiday.

Six billion forints for the Chain Bridge; 6.5 billion for the parade, and that doesn’t even include the cost of the fireworks,” he wrote.

Viktor Orbán responded to the accusations about the Chain Bridge on Friday.

I find it pathetic that they regularly refer to a lack of funds. We are rooting for them to succeed!

Who should be blamed?

The Socialist party in Hungary (MSZP) joined the debate about the Chain Bridge renovation. The party accuses the Orbán-government that they have learned nothing from mistakes in the past. Municipalities and voters who did not support the governing parties on October 13th last year are being punished in Budapest, the leader of MSZP, Zsolt Molnár added. Molnár highlighted that Budapest, the capital of the nation, where perhaps the most beautiful bridge stands in Central Europe, the Chain Bridge, is also being punished. MSZP called on the Orbán government to provide at least HUF 10 billion (EUR 29m) towards the renovation of the capital city’s iconic bridge.

Jobbik MEP György Szilágyi said on Wednesday that an agreement free of political bias was needed and people were not interested in the dispute between the government and the city council. All affected parties must work together in order to ensure that the bridge is preserved for the future, he added. Furthermore, the party argues that Viktor Orbán methodically annihilates the greatest legacies of Hungarian history in order to maintain his own power.

Centrist green party LMP supports Gergely Karácsony, Mayor of Budapest in the Chain Bridge debate. They believe that the capital rightly expects support from the government. Antal Csárdi, a party lawmaker and representative of the Buda castle district and inner city, said on Thursday that he would submit an amendment proposal to transfer HUF 25 billion (EUR 72.4m) in next year’s central budget for the renovation project.

The opposing parties agree that the celebrations on August 20th are too expensive –  HUF eight billion – and would rather see the money invested in “more useful” things during and after the current coronavirus pandemic.

Fidesz politician Zsolt Láng, said on Kossuth Rádio that pieces of the bridge’s structure might start to come off, posing danger to ship traffic and vehicles on the riverbank, citing reports by experts. Láng said Karácsony “is using the Chain Bridge as a political tool in the fight against the government.”

The Chain Bridge is a landmark of Budapest, it is the mayor’s responsibility to immediately start its renovation, Láng said. Láng added that the government has already earmarked HUF 6 billion for the project in addition to the 17.3 billion set aside by István Tarlós, the previous mayor.

On Wednesday, Fidesz posted a video on Facebook with Isván Hollik, in which he highlighted five facts about the Chain Bridge renovation:

On Thursday, Gergely Gulyás, head of the Prime Minister’s Office, repeated Hollik’s words. He also added that he could not see the reason why the project was not being started unless it was Budapest Mayor Gergely Karácsony’s preference to be involved in political disputes. Every effort is being made to maintain good cooperation between the government and municipal council, but it appears the city council is grabbing every opportunity for dispute, he said.