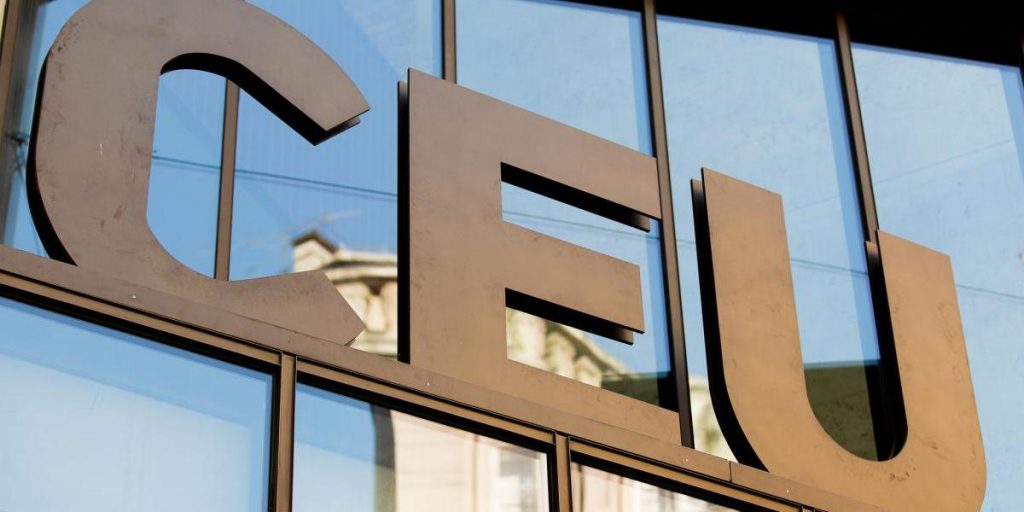 Gábor Enyedi, Pro-Rector of Central European University (CEU), responded to Hungarian daily Magyar Idők’s claim — based on an audio recording featuring the head of the college’s education department — that CEU offers no post-graduate courses at Bard College (BC) in the United States.

In the autumn, CEU said it signed a memorandum of understanding with BC to provide educational activities in New York as Hungary had tightened rules rules governing the operations of foreign universities in the country last year, requiring foreign colleges and universities in Hungary to operate on the basis of an interstate agreement and run a campus in the country in which they are based. Magyar Idők said that in the audio recording Director of Graduate Admissions at BC Janet Stetson told a student making an inquiry about CEU training courses at BC that CEU offered no master degree courses at BC or any other form of training in the US.

However, according to 24.hu the news portal was wrong in claiming this as it spoke with Bard College’s—whose buildings are used by CEU as well—Director of Admissions instead of CEU’s. Apart from their agreement, they have another joint program which does not grant a degree, but this is not the same as the one offered by CEU as a post-graduate course in the US.

Zsolt Enyedi, Pro-Rector of CEU, responded to Magyar Idők’s article. Enyedi stated that although the article claims to have discovered that CEU only gives an ‘Advanced Certificate’ for their program at Bard College and not a Master’s Degree, CEU has previously and openly shared this fact several times in interviews and official statements.

He also writes that the caller spoke to Bard’s Admissions office, not CEU’s, and enquired if they offer a CEU degree at BC. Firstly, the conversation in the audio file is mainly about the Study Abroad program and not the Inequality Analysis program, which is a new program started last year. Regarding MA degrees, the officer—who is not directly involved in the agreement of the two institutions—said that a student beginning an MA program in Economics at Bard College in New York cannot move to Budapest to complete it at CEU at this time. However, Enyedi asked Jonathan Becker, the Executive Vice President of Bard College and CEU’s representative in New York whether CEU and Bard have a post graduate course, who answered the following:

Gábor Filippov, a political scientist and Ph.D. student at the university, reacted to the article and described in a lengthy Facebook post “how the fake news factory deceives readers.”

He revealed that as of 9:10 am on the 8th of November, the whole audio file became unavailable on Magyar Idők and only 2-15 second soundbites were linked in the article. He also added that Enyedi’s points about the program are stated in an official document released by the State Education Department in New York, which is available here.