Earlier this week, the Budapest-based Central European University (CEU) announced that it would be opening a satellite campus in Vienna.

According to an official press release, the university and the City of Vienna are in negotiations regarding a memorandum of understanding (MoU) that “would enable CEU to open a satellite campus site in Vienna.”

According to the university, the reasoning behind this announcement is that, since the Austrian capital is “the largest German-speaking university city close to CEU’s home base in Budapest,” it “offers ideal conditions for a new site.” Continuing, CEU’s press release noted that the MoU would commit the university and Vienna to a 99-year lease, potentially in the Otto Wagner area.

The university’s announcement comes in the wake of the nearly year-long “Lex CEU” controversy. The “Lex CEU amendments” require each foreign-based university operating in Hungary to have an ‘intergovernmental’ agreement between their country of origin and Hungary, as well as a campus in the country in which they are based.

Since then CEU, has officially fulfilled the requirements of the new legislation by offering classes on the campus of New York’s Bard College in the United States, and has also seen its Hungarian legal entity (Kozep-europai Egyetem) receive re-accreditation from the Hungarian Accreditation Committee (MAB) following a review. Nevertheless, its future remains in doubt, as the Hungarian government has still not signed an agreement with the State of New York that would secure the university’s place in Budapest.

In announcing the planned opening of a branch campus, CEU President Michael Ignatieff also expressed the university’s continued dissatisfaction with the ongoing state of legal uncertainty that it faces in the Hungarian capital. In particular, while praising Vienna as “a global hub for universities, companies and international organizations” which “will give CEU’s faculty and students exciting new opportunities”, he emphasized the schools’ commitment to Hungary:

Even as we develop a CEU Vienna, Budapest will remain our home base. We are committed to resolving our long-term future in Budapest through the New York State-Government of Hungary draft agreement. We hope that the Hungarian government will sign and ratify it as soon as possible.

For Vienna as a university city, cooperation with the CEU offers the opportunity of the century…CEU is a symbol of the awakening in the Central and Eastern European EU member states, and with its social and humanities focus would complement the Viennese university landscape well.

Incidentally, the Austrian capital was recently in the center of Hungarian political news, when János Lázár, the Fidesz politician who is the head of the Prime Minister’s Office (PMO), paid a visit to Vienna earlier this month. While there, he filmed an extremely controversial video in which he can be seen walking the streets of Vienna, claiming that the city has become “dirtier,” “poorer,” and less white since “migrants have moved there.” Naturally, this stirred an intense reaction, with international observers and even some members of Vienna’s city leadership describing the video as “xenophobic” and “racist.” 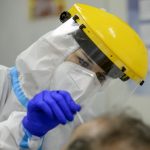