Hungary’s central bank (MNB) has pledged to provide 9 billion euros to Hungarian banks inorder to cover associated costs of converting loans in foreign currency to forint ones, the National Bank of Hungary’s Monetary Council decided. The 9 billion from the bank’s international reserves is intended to meet banks’ demand for foreign exchange related to the conversion of retail FX loans into forint loans, the bank said.

Accordingly, the bank will extend its existing FX sales programme launched in late September in which it had allocated 3 billion euros from its FX reserves to meet demand for the settlement of refunds due borrowers under summer legislation. The Hungarian government plans to phase out retail FX loans by converting them into forint loans next year as a third step of recent legislation helping troubled borrowers.

Under legislation approved in the summer, lenders must refund nearly 1 trillion forints to retail clients for using exchange rate margins when calculating repayments on FX loans and for making unilateral changes to loan contracts. Banks expect that the conversion would take place at market rates, the head of the banking association said. As a result, clients will end up just as if they had taken out forint loans, or better, Levente Kovács said. 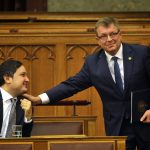 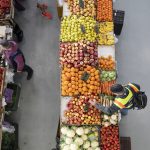