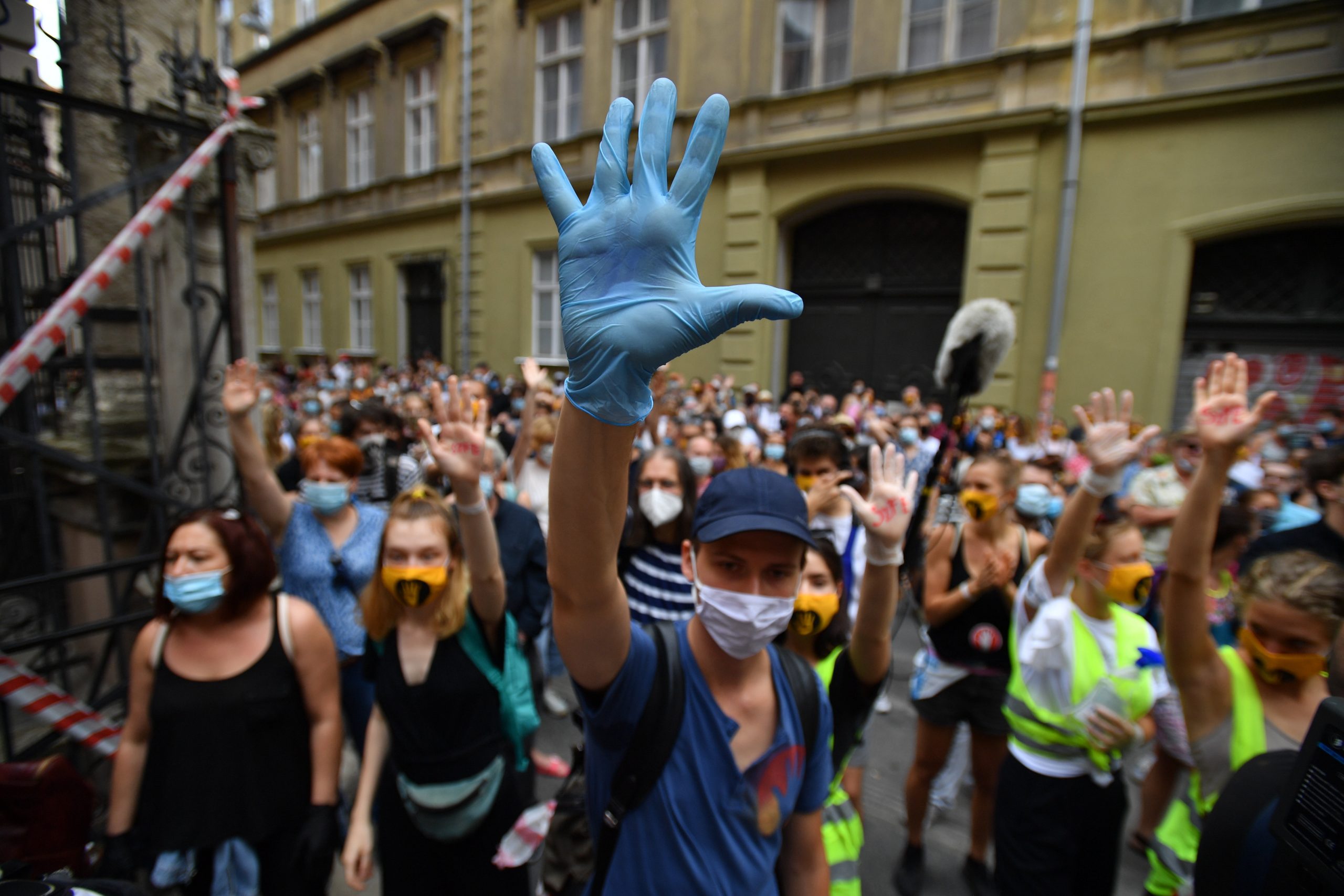 More international stars and art universities are standing up against the government’s restructuring plans of the University of Theater and Film Arts (SZFE), while Attila Vidnyánszky, the recently appointed head of the university’s supervisory board, says it’s a system change going on, and he is quietly backed by many.

First, a kilometres-long human chain was formed, then the Sunday demonstration of around ten thousand gathered in front of the Parliament to protest the government-pushed new form of operation of the University of Theatre and Film Arts (SZFE). Positions, however, didn’t converge and SZFE’s main building is still under blockade, while Attila Vidnyánszky and the […]Continue reading

In addition, six Austrian art universities issued a joint statement, in which they expressed their solidarity with the students of SZFE, the resigned senate, and the rectorate and “protest against the autocratic measures of the Hungarian government, which lead to the abolition of the autonomy of Hungarian universities.”

Influential theater association UTE (Union of European Theaters) also sided with demonstrators. They hope “the authorities will find a responsible solution through dialogue, with the inclusion of both students and professors in the decision-making process which respects the academic autonomy of the institution.”

The European Film Academy (EFA) also expressed their support of the students and the senate in their decision to not recognize the legitimacy of the new board.

“The art of cinema can only breathe in an atmosphere of openness, transparency, and democracy,”

Meanwhile, in an interview with pro-government Mandiner, the head of the government-appointed supervisory board Attila Vidnyánszky, maintained his position, and wants meaningful changes. He claims that there is a “system change” going on in the profession, as thoughts repressed for thirty or perhaps even seventy years, are now coming to the surface from both sides.

He argues that at the moment, education at the university is not colorful enough, explaining that

Christian-conservative perspectives should be given more space in order to more properly represent society’s diversity.

He blames the current leadership for the postponement of the school year, arguing that he had agreed with them to replace departing teachers. Now, however, they voluntarily decided not to start teaching,” he claimed.

In his view, the situation is seen as an opportunity by the opposition that can be developed according to their political interests. According to him, the students are only used as tools. (While opposition politicians indeed turn up at the demonstrations, the protesters avoid wearing or using any party materials or making speeches publicly, and the demonstrators also called up politicians from all sides multiple times to not involve politics).

Vidnyánszky also said he wouldn’t try to enter SZFE’s (blockaded) building, as he didn’t want to provoke anything. According to him, there are many who silently back him and express solidarity. But there are many, even in SZFE, who he believes just don’t dare to speak out in fear of the other side’s condemnation.