“The epidemic confronts us with our faith, it shapes and deepens it”: Interview with Catholic Priest Zoltán Fehér 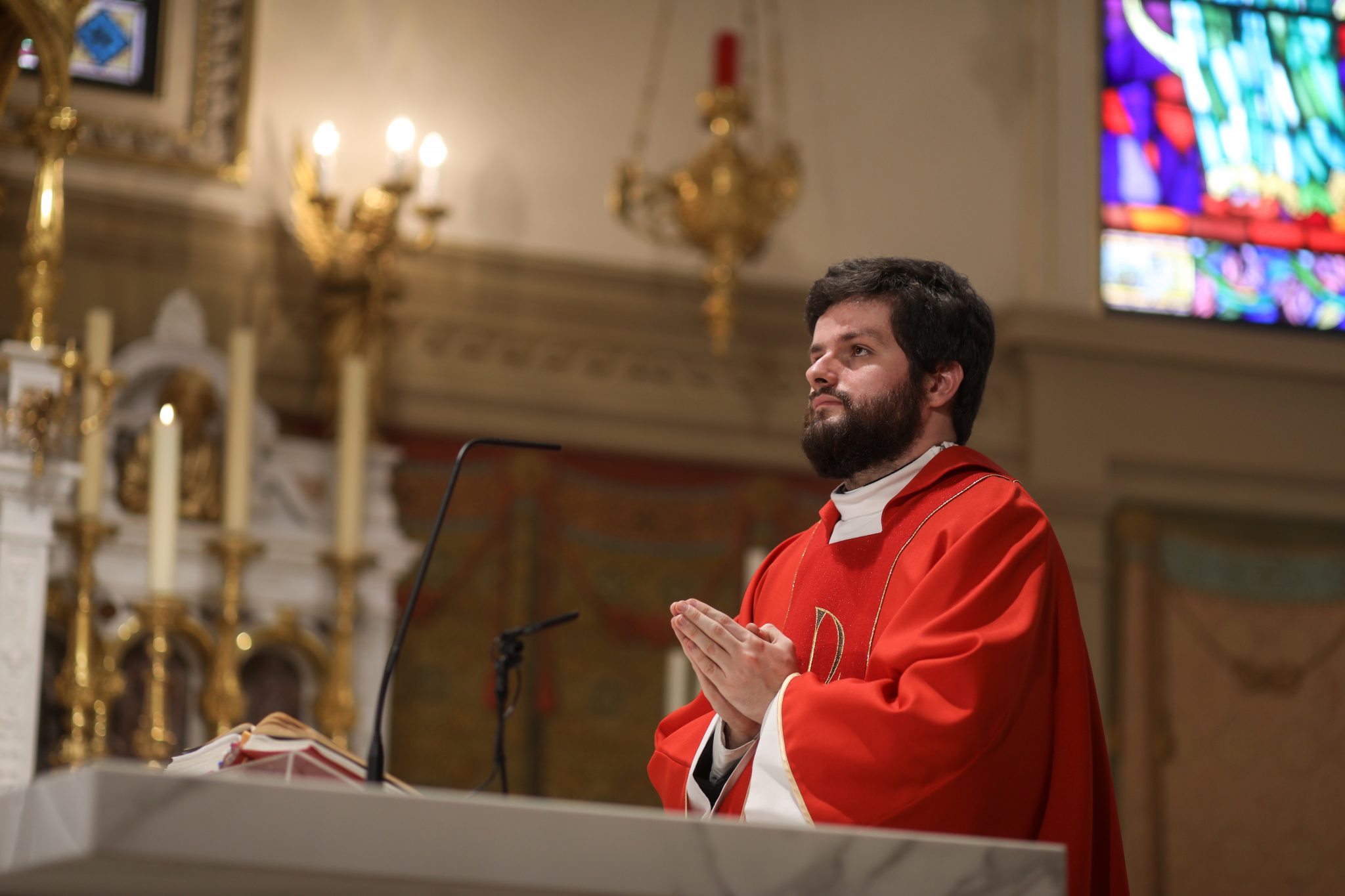 Father Zoltán Fehér was ordained last summer by Cardinal Péter Erdő in Esztergom. Since then, the young 25-year-old priest found his place at the famous St. Stephen’s Basilica in Budapest, where his duties also include leading and teaching the catechumen group – those adults who have decided to get baptized at a later stage in their lives. Between his online masses during Holy Week, Father Zoltán gave an interview to Hungary Today about the coronavirus crisis, live-streamed liturgies, the lack of personal contact with the faithful, and one very special Easter, which may change many’s opinion on the holiday and faith itself – hopefully for the better.

The epidemic can particularly put faith to the test. There is a lot of suffering in the world, such as the current coronavirus crisis now. Probably a lot of people ask at this point: where is God during this trouble?

This epidemic is definitely a test of faith as well. In many places, everywhere we turn, we perceive hopelessness, the lack of prospects, and despair. When we come across a question that goes beyond human comprehension, such as this epidemic now, many claims and answers may seem to contradict with claims attributed to God. These are situations that literally push us out of our comfort zones — even within the structure of ​​faith. But in fact, such existential questions and answers only strengthen our faith.

For example, if we look at the events of Good Friday, Christ was no exception to suffering; but he transformed the inner nature of it: the crucifixion is no longer a memory of a disgraceful execution, but a symbol of eternal life. God Himself did not want the death of His Son, and the crucifixion of Jesus was actually the sin of the people. However, at the same time, Jesus said of his own suffering and his life that “No man taketh it from me, but I lay it down of myself”(John 10:18).

We also know that the created worlds have laws in which God does not intervene in all cases. When a miracle happens, God wants to open a way for people to Himself. There are two kinds of miracles: when the laws of nature are temporarily abolished, or when they work temporarily against nature. If the latter were to dominate, there would be no natural sciences, we wouldn’t be able to get to know the world around us, for example. But in fact, it is not the miracle itself that is interesting, but the process as it changes and strengthens one’s faith.

This year’s Holy Week and Easter itself will be quite special due to the epidemic. How does the spread of the coronavirus affect the holiday? What difficulties do you see in it and what could be the hidden possibilities of the situation?

We have to adapt to a lot of new situations at once and many new challenges would require a satisfactory solution almost immediately. The Easter liturgies carry a character that does not change even during the epidemic – the priests are performing the liturgy in the same way as usual. Unfortunately, what we cannot replace and most feel the lack of are our most important resources, the sacraments. These require a personal presence from the faithful in all cases. Because of the epidemic, there are a lack of them, and as a result, the community of the churches are facing a huge test. Thus, the responsibility on the part of the clergy is perhaps even greater: as powerful mediators, we must feel and reveal the position of the faithful to God in prayer. 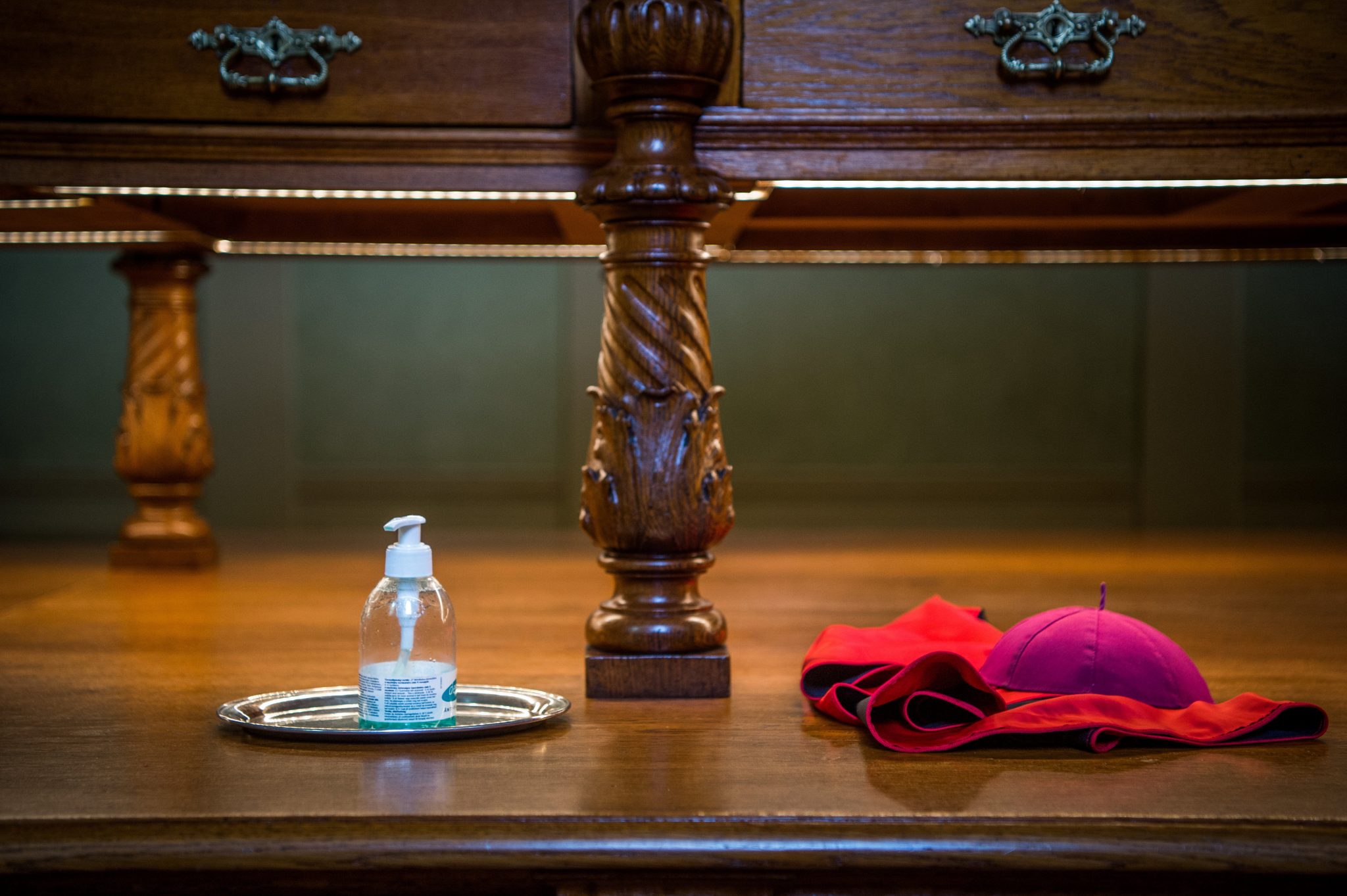 On the other hand, to talk about the positive sides as well, religious education has also become part of the digital education program, so the epidemic situation has led to an increase in the number of great theological materials available online. This is a big qualitative change, as I don’t think the church has used this great resource so far. This opened up a lot of opportunities for us.

How can the faithful prepare for Easter properly and live the holiday to the fullest in this situation caused by the coronavirus?

Believers definitely need greater determination to respond to the changed circumstances: for example, they can immerse themselves into the meaning of the liturgy and sacred texts, or they can create a “home altar,” which is subject to similar external rules as an altar in a church. All preparation and their degrees of depth come from one important thing: the desire for God. The more someone’s faith deepens, the more important God is to them, the more thorough their preparation will be, whatever the situation is around them. This epidemic confronts us with our faith, it shapes and deepens it.

Do you think at least as many of the faithful will follow the Holy Mass, either on television or online, as if they were going to church? Internet broadcasts may reach more people.

I think there are things which have a nature that exclude the possibility to a successful “digital switchover.” The Holy Mass is one of them. Although the graces of the Holy Mass and Holy Communion are available in some form (e.g., via internet broadcast, spiritual communion), and the faithful can follow the Holy Mass online or on television… all of this can only be achieved in its entirety through personal presence. The first Mass was the Last Supper, which took place as part of an actual meal, and the Holy Mass also has the character of a feast. It is also the command of Jesus, which we make present at every Mass in the Eucharist: “Take, eat: this is my body” (Mark 14:22).

What do you think we need to pay the most attention to now? How should people react to the virus, what should they think about it and their faith?

In this situation, I see a great opportunity to consciously delve into the truths of faith and further personalize and strengthen my relationship with God. But this situation requires greater awareness and responsibility towards those who are currently developing in both their personality and faith. An important tool for the transmission of faith is its living transmission by a priest. The same can work in families, as the faith of young people and children begins to develop along with their parents’ faith, and in this crisis situation, a shared family prayer, a “family liturgy,” and sincere, open conversations on faith and beliefs become emphatically important.

How is your life in isolation? How do you experience this period without public Masses and direct contact with the believers, your community? Can the church still reach people adequately?

We here at St. Stephen’s Basilica feel a great lack of believers and pilgrims. This is a difficult time because one of the main charismas of the diocesan clergy is to help those in the area to salvation, and this cannot be enforced now, as we lack the most powerful means for it, for example the personal presence and the sacraments. On the other hand, it is an opportunity for priests to reinforce another charisma: the personal relationship with God, from which the other charisma, helping believers to salvation and, of course, all our other activities come from.