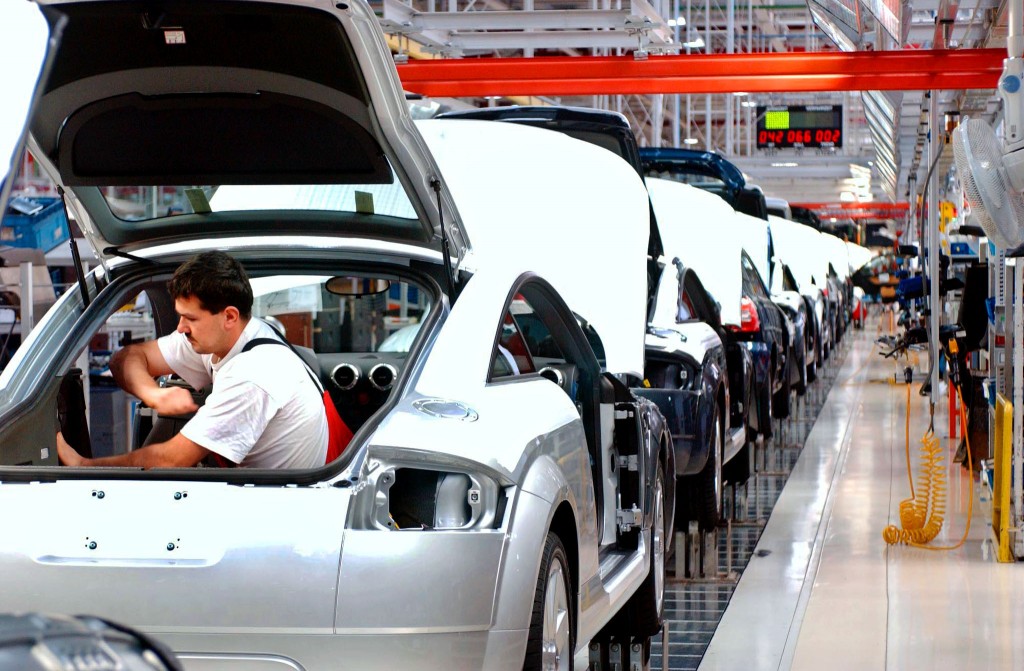 Hungary’s industrial output grew by an annual 9.5% in November 2015, easing from a 10.1% increase in the previous month. The figures confirming the statistical office’s (KSH) preliminary report shows output rose by 7% from a year earlier based on working day-adjusted data. In January-November, industrial output was up by 7.3% from a year earlier. Industrial exports of Hungary rose by 10.4% during the period, while domestic sales were up by 3.6% with sales in manufacturing increasing by 8.7%. Industrial output on an annual basis has been rising continuously for 27 months.

The main driving forces behind the growth was the automotive industry as its output grew by an annual 15.1% in November, a major rise, even if slower than the 26.9% jump in October. Audi Hungária Motor, for instance,  again set records in production at its plant in Győr, in north-western Hungary. The Hungarian unit of the German carmaker giant  turned out 2,220,520 engines last year, about 50,000 more than in 2014 and 160,206 vehicles, 25,000 more than in the previous year.  Furthermore, Audi  last year employed 11,274 people in Hungary, up from 11,411 in 2014.

Economy Minister Mihály Varga said the data significantly exceed the EU average. “The positive trend has been in place for the 27th consecutive month and it has been contributing – besides export growth – to the creation of new jobs and new investment projects”, state secretary for Economic Development and Regulation István Lepsényi commented on the data. ING Bank chief analyst András Balatoni highlighted the growth in new orders and projected a 7% industrial output growth rate for 2015. Analyst Dávid Németh of K&H Bank noted that growth spread out across several segments in the industrial sector and now domestic sales and not just export sales contributed to lifting the output.