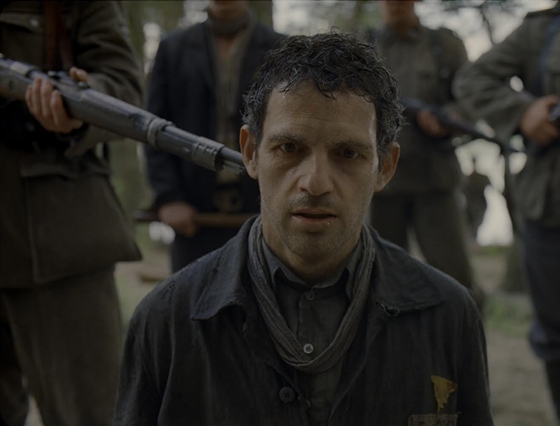 “Son of Saul” tells the story of Saul Ausländer, an imaginary Hungarian inmate at Auschwitz who worked in the Sonderkommando, commissioned with collecting and burning the remains of those killed in the gas chambers. The members of the group were forced to live with the terrible secret for a few month before they themselves were murdered.

Director László Nemes was born in Budapest in 1977 and lived in Paris between 1989 and 2003. After studying history, literature and scriptwriting, his short films have won dozens of prizes at over 100 international film festivals. The movie’s script was written by the director and Clara Royer and includes German, Polish, American and Israeli actors on its cast beyond the Hungarian protagonist. The movie’s main character Saul Ausländer is played by Géza Röhrig, a New York-based Hungarian amateur actor and poet.

The film won HUF 321.6 million in support from the Hungarian National Film Fund and was largely shot at a Budapest location and in the Mafilm studios.