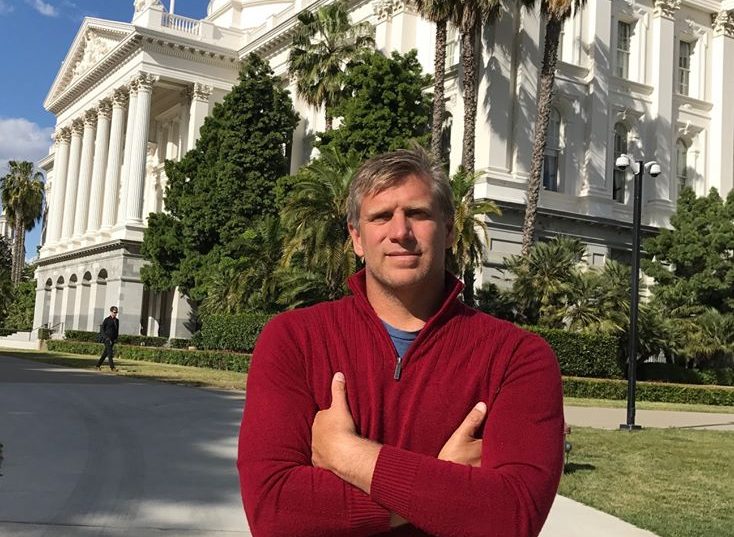 American-Hungarian Zoltan Istvan will soon challenge himself at the Republican Party’s presidential candidate at the Republican presidential primaries. The politician and trans-humanist activist, who holds a Hungarian passport as well, will run against names like current US president Donald Trump, Joe Walsh, and Bill Weld. However, he does not consider himself having a chance against Trump.

The 46-year-old politician of Hungarian descent from San Francisco talked to Hungarian pro-government daily Magyar Nemzet yesterday, saying that he is almost certain that Donald Trump will win the Republican nomination in this year’s presidential primaries as the current president; however, five challengers have already announced that they are running for the position of candidate for the Republican party.

Born in Los Angeles, the dual citizen challenger, who has previously drawn attention to futuristic ideas, intends to call attention to the current status of the Republican party with his running at the presidential primaries, as he thinks the president has a far-right stand in social matters, while Silicon Valley is too left-wing.

Although the Californian entrepreneur-politician doesn’t believe he can overcome Trump, he thinks his participation at the primaries has meaning, and hopes that he can pull his campaign off at least until early March, when bigger states like California or Texas will vote.

He told Magyar Nemzet that in his view, the Republican party has become narrow-minded, and many conservatives, especially young people have a need for more openness in social issues. “Trump represents too much of a hard-line stand on abortion, gay rights, and immigration, while Silicon Valley is too left-wing,” explained Zoltan Istvan, adding “he wants to open eyes” within the party and show that they have to open up to a wider circle of voters against the Democrats. He thinks that the current situation “threatens our positions both at the Senate and the House of Representatives at the November elections.”

According to the Hungarian newspaper, Zoltan Istvan is proud of his Hungarian roots. He grew up in a “very Hungarian family,” his parents having moved to the US in 1968, and they never forgot their culture and traditions. Istvan also learned the language and although he doesn’t speak it perfectly, he understands a lot. He added that he “feels Hungarian as well.”

Zoltan Istvan said that he is pleased that Hungary is a member of the European Union, and has a better opinion of the EU than Trump. He believes that in the future, greater cooperation is needed between Europe and the US, as well as with Canada and Mexico. He also thinks that the Middle East is not the biggest threat, and “China is the most dangerous, with its enormous economic power and billion-dollar population.”

In March, it will be seen whether his political career continues after the Republican Presidential Primaries, and who will run for office for his party. However, Zoltan Istvan says that no matter the outcome, 2020 means looking toward the future, rather than focusing on the past.