Cabinet Chief: No Way That Hungary Will Take Migrants On EU’s Quota Basis 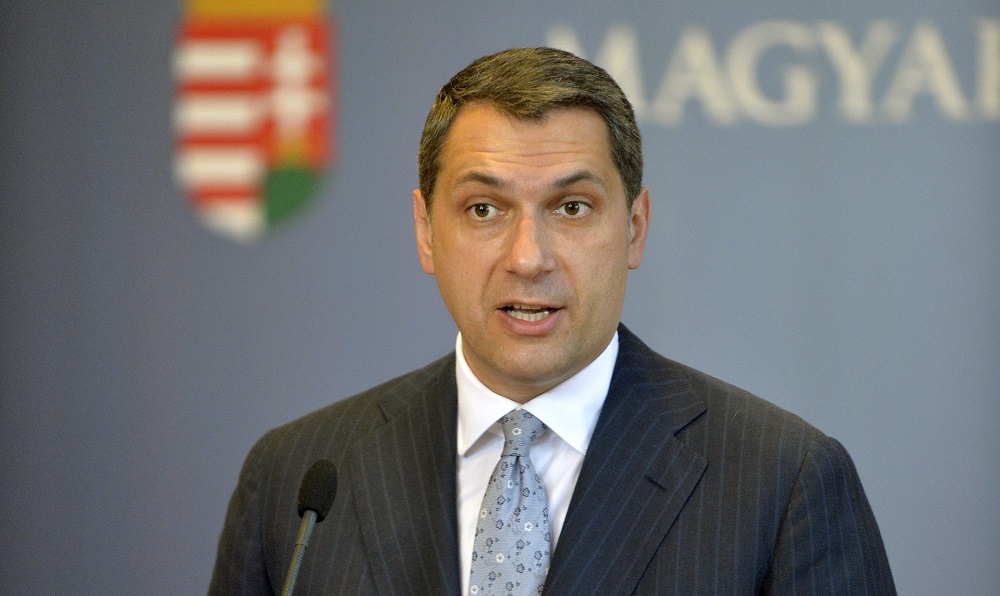 Hungary has underlined its rejection of a European Union plan to require member states to take in migrants on a quota basis. “There’s no way” that Hungary will take in migrants on a quota basis, cabinet chief János Lázár told a government press briefing on Thursday. The government objects to the European Commission’s proposal, he said, adding that the migrants in question were not interested in staying in Hungary in the first place. He queried the figures used by the EC to calculate the quotas, stating that whereas 2,700 asylum requests were submitted in Hungary in 2012, the figure had ballooned to 43,000 in the first three months this year alone. Commenting on proposals to cancel a planned national consultation in immigration, he said it is worth asking people’s opinion on this subject.

Hungary would be capable of protecting its borders against illegal immigration if only there were no “unrealistic” EU rules to observe, Prime Minister Viktor Orbán said in an interview last week. The United Nation’s refugee agency recently said it was “deeply concerned” that people who have fled from war zones like Syria, Afghanistan and Iraq, “who desperately need safety and protection in Hungary” were being “vilified.” However, compared to its population, Hungary receives the second largest number of asylum seekers in the European Union, Euractiv.com’s infographic based on Eurostat data confirms.

Cabinet chief János Lázár also spoke at the weekly government press briefing about different kinds of domestic issues. The government will propose a law to control financial investments by state and municipal agencies, he said. Organisations, including local governments and state-owned companies, should keep their assets in state securities managed by the State Treasury. “Opportunities for profiteering should be significantly reduced in both the central and local government sectors,” he said. Lázár also noted that Justice Minister László Trócsányi had proposed re-establishing a legal directorate within the Treasury to represent the Hungarian state in suits filed in domestic or international law courts. The move will mean that the state will no longer outsource legal services but use attorneys employed by the new body.

Meanwhile, the Hungarian government has decided to set up a local consultation forum with the involvement of 41 towns and villages near Paks to canvass views on the planned nuclear power station expansion project, János Lázár said. The first international hearing required for the licencing of the Paks project will be held in Kiev in June. The first public hearing in Paks, also a precondition for acquiring the licences, was held last week, he added. He said at Wednesday’s cabinet meeting it was also decided to build a new Danube bridge near Kalocsa in connection with the Paks project.

On another subject, Lázár said the wages of 35,000 people in non-managerial positions in public administration will be increased from July 1 next year by a total 25 billion forints (EUR 81.2m). The Hungarian cabinet has also decided to introduce a single e-card that will replace the current ID, residential card, tax card, social security card and passport. It can also be expanded for use on public transport and will be suitable to provide an electronic signature, he added.