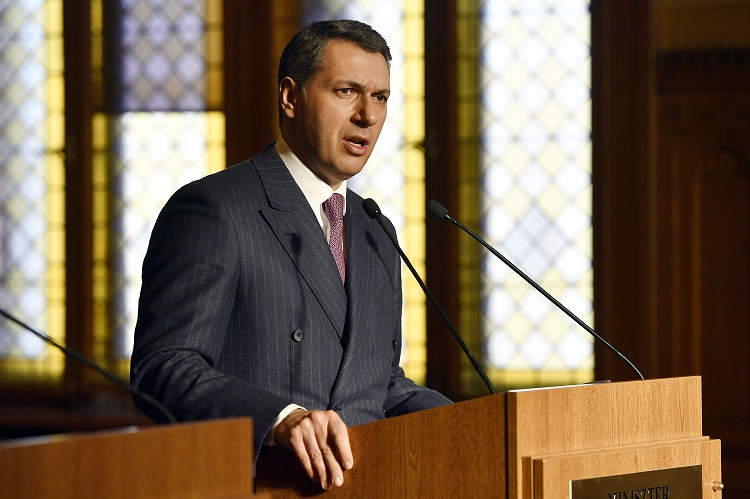 Speaking at a weekly press briefing on Thursday, Cabinet Chief János Lázár touched upon various topics regarding Hungarian domestic politics and foreign policies of the government, including Russian President Vladimir Putin’s upcoming visit to Budapest, the debate over the Soros-backed NGOs in Hungary and new US President Donald Trump’s recent remarks concerning NATO.

Russian President Vladimir Putin is scheduled to visit Budapest on Feb. 2, János Lázár announced. He said Hungarian Foreign Minister Péter Szijjártó would leave for Moscow next week to make preparations for the presidential visit. Lázár said Putin’s visit was part of a fixture of annual meetings in which both leaders reviewed topical business and political issues. “This will be an important meeting but nothing out of the ordinary,” he added.

On another diplomatic topic, Lázár said 2017 would be an important year for Hungarian diplomacy, not only because of the inauguration of a new American president and Brexit, but also because the government has decided to shift focus from pursuing multilateral ties to fostering bilateral relations. Lázár said it was in Hungary’s interest to seek “fair and correct” agreements both with the United States and the United Kingdom. He added that Brexit should be completed on a basis of mutual benefits “so that it is good for both Europe and Britain”. He added that the Hungarian government must protect the interests of Hungarians working in the UK.

János Lázár, the government office chief, said he will file a criminal complaint over the construction of Budapest’s fourth metro line, based on a recent report by the European Union’s anti-fraud office (OLAF). Briefing the press, Lázár noted that OLAF had conducted an investigation into alleged criminal activities involved in the metro’s construction which drew on EU funding. The criminal complaint will include OLAF’s observations and claims. The total value of receipts that have allegedly been affected by fraud, negligence, influence peddling, abuse, irregularities and theft is close to 170 billion forints (EUR 554m), Lázár said.

Asked about President-elect Donald Trump’s remarks concerning NATO and its “obsolescence”, as well as the possibility of a European defence system independent of the US, Lázár said Hungary’s standpoint is that Europe must have its own defence capabilities. The Hungarian government is ready to get behind a proposal for an independent defence capability, he said, adding however that “it is too soon to bury NATO”.

In connection with Hungary’s own defence capability “which has been described as currently central Europe’sand perhaps Europe’s-weakest”, he said the government would discuss in February a development concept for Hungarian defence. This concept will outline how many soldiers and what kind of hardware developments are needed. Lázár added that the defence budget would be expanded. He also made clear that there were no plans to restore national service. Lázár also noted that Hungary’s ambassador to Washington will represent the country at Trump’s inauguration.

Lázár said that the intelligence services have compiled a report about attempts by organisations, including those associated with American financier George Soros, to influence the politics of countries in central Europe, Lázár said, adding that the report was being considered by parliament’s national security committee. “Soros calls himself the opposition of Hungarian PM Viktor Orbán and tells the US press that he is waging a campaign to change political conditions in Hungary. This is something the national security committee should evaluate,” he said.