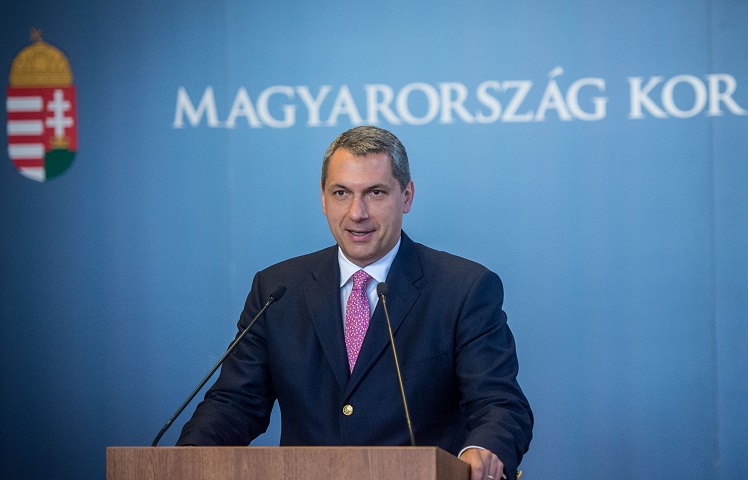 European Union infringement procedures against Hungary, such as those concerning migration policy and land sales, could “determine the country’s fate over the next few decades”, János Lázár, the Hungarian government’s office chief, told the last of his weekly press conferences before the summer break. 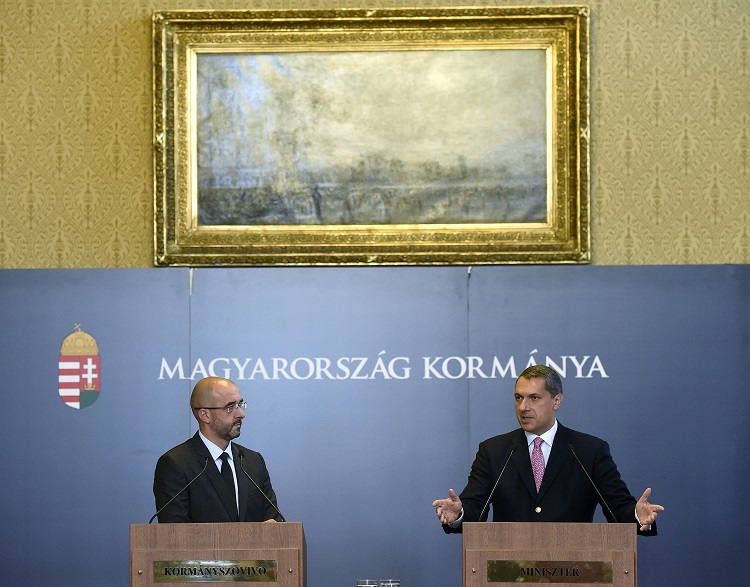 At the same time, Hungary has “some two dozen” such disputes with the European Commission, he said, a “normal number”. Out of the 28 EU member states, twelve currently contended with more infringement procedures than Hungary, he said. The most crucial three or four procedures concern migration, Lázár said, insisting that “while the EU seeks to organise migration and open the gates, Hungary maintains that borders must be closed and immigration stopped”. Lázár said he saw a fair chance that the EC may secure support for its plans to set up a European immigration agency, which would involve “stripping members of the right to determine who lives on their territory”. He added that the idea was proposed by US billionaire George Soros.

Responding to another question on the government’s billboard campaign depicting Soros, Lázár confirmed the government’s earlier position that “no compromises will be made that worsen the country’s security” and no concessions made “with regard to anyone’s background”. “Having half a million migrants at the borders is a security issue,” he said, adding that “Jewish communities that raise concerns about the Soros [billboard] campaign should be aware of that.” He added the government respects the position of Hungary’s Jewish communities but also takes into consideration the Israeli foreign ministry’s opinion. Israel’s foreign ministry has issued a statement that Soros was a legitimate target for criticism.

Lázár noted that Israeli Prime Minister Benjamin Netanyahu is scheduled to visit Budapest next week, and denied allegations that the billboards with Soros’s image would be withdrawn accordingly. The relevant outdoor advertising space has been reserved until July 15, he said. Asked about the possibility of withdrawing Soros’s Hungarian honours, Lázár said the government would not take a position on whether Soros’s honorary citizenship of Budapest should be withdrawn. He cautioned, however, that this would not be a good move. He added no proposal had been made to withdraw Soros’s Order of Merit of Hungary and neither would he support such a move.

Hungary has never before hosted a sports event on a scale such as the World Aquatics Championships beginning on Friday, János Lázár said. He reiterated at his Thursday press conference held in Budapest that Hungary is hosting the World Championships as a last-minute “stand-in” in the wake of the withdrawal of the original host Mexico. With this, Hungary will break a record under any circumstances, he remarked.

Lázár said that the country has prepared for the sports event with the construction of new facilities and the refurbishment of a number of old ones. Some HUF 85 billion has been spent on the construction of the new facilities and the subsidisation of Hungarian aquatic sports, he added. He told the press that almost 100 Hungarian athletes are entering the championships, and for the first time in the history of the World Aquatics Championships, Hungarian swimmers will be present in every discipline.