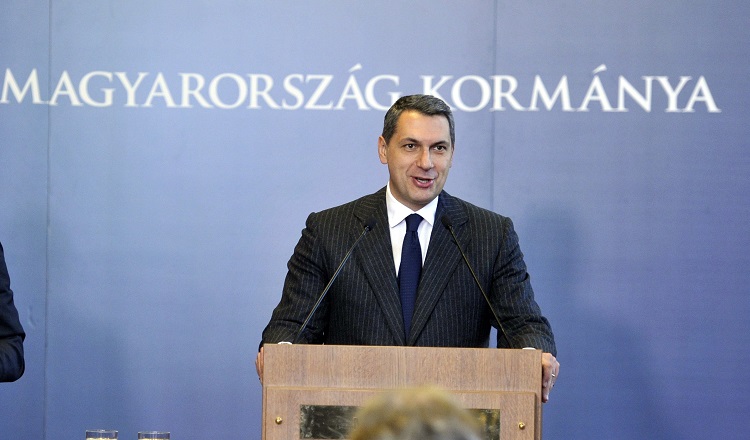 Hungary’s government expects “the advent of a better world” after the vote for Donald Trump as the next US president, the government office chief János Lázár said at regular weekly news briefing. Lázár commented on a wide range of topics, including PM Viktor Orbán’s Brexit talks in London, EU affairs and the migrant crisis. 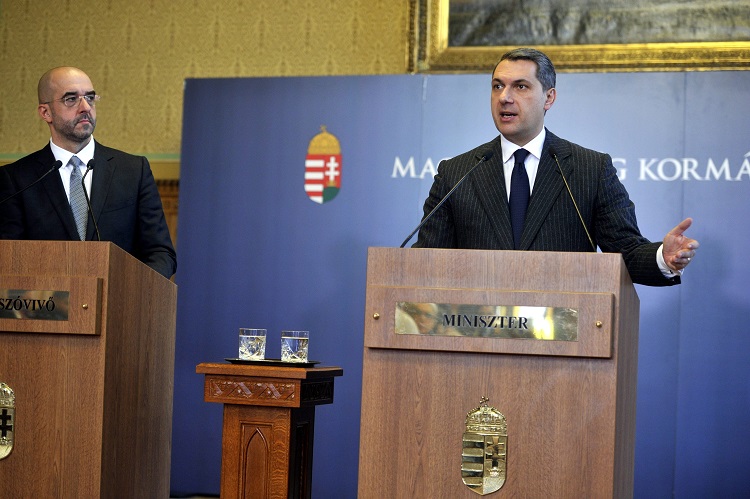 Cabinet chief János Lázár expressed the Hungarian government’s hope that a “fair partnership” would now develop between the United states and Hungary. We had disputes with the US, not with its people but rather with the Democratic Party, over “the values on the basis of which the government sought to rebuild the country after 2010,” Lázár explained. He also noted past US criticism of Hungary’s migration policy. Lázár said the White House had “lectured” Hungary “quite a few times” over the past six years. Hungary sees the new president, however, as heralding a new start, he said. For the rest of the world, too, there is great promise, he added. He expressed hope that Hungary would get “the respect it deserves” under America’s new leadership. Lázár added, at the same time, that economic and military relations had been “excellent” between the two countries over the last six years. Answering a question, Lázár said Prime Minister Viktor Orbán had not yet spoken with Donald Trump.

János Lázár also briefed the press on Prime Minister Viktor Orbán’s recent meeting with British Prime Minister Theresa May. Orbán got an assurance that the rights of Hungarians living in the UK would not be hurt after Britain leaves the EU, he said. If UK citizens will also be given the right to take up jobs in the EU, then the UK, on the principle of reciprocity, will guarantee those same rights for EU citizens on its own territory, he added. Europe’s interest lies in Brexit being successful and the UK remaining a successful country after leaving the EU, he said. Hungary is convinced that there is a solution which could benefit both entities, he said.

Commenting on criticism directed towards Hungary over its use of EU funds, Lázár underscored the government’s position that a member state’s rights to EU cohesion funds and solidarity in connection with the migrant crisis were separate matters. He said Hungary had made the most effective use of EU cohesion monies. The government once again discussed the matter of EU funds with the European Commission on Wednesday, adding that the EC had applied a “constructive” approach to the issue. He said most of the criticism Hungary gets in connection with its use of cohesion funds were based on complaints sent to the EC from Hungary. Answering a question about the possibility of the EU granting Turkey visa-free status, Lázár said he expected serious debates over the matter within the EU, as a number of political players had expressed concern over the idea, including ones in Austria and Germany.

On the subject of the EU-Turkey migration deal, Lázár said that like Hungary and the other Visegrad Four countries, Austria, too, was now pessimistic about the pact. He insisted that the EU’s delay in granting Turkey visa-free status was hampering the implementation of the agreement. He echoed Austria’s sentiment that the EU-Turkey deal would not lead to the protection and strengthening of the EU’s external borders. He praised Austria’s new government for its efforts to resolve the migration crisis. Lázár also commented on Germany’s proposal that migrants arriving across the Mediterranean should be turned back to camps in Tunisia and Egypt and wait there until the EU decides whether or not to admit them. The government office chief said this proposal was in line with Hungary’s position that migration into Europe should be stopped altogether. Speaking about the amendment proposal to the public procurement law before parliament, Lázár said the government was open to input from both domestic and international civil groups in connection with the bill. The main aim of the bill is to streamline, speed up and set stricter rules for government spending.

Hungary will “go into battle” at the European Union’s Dec. 16 summit to thwart the community’s immigration policy, the government office chief said. János Lázár said the Hungarian government could have used the planned constitutional amendment as an “important weapon”, had not opposition parties prevented the bill from passing out of their own “petty” interests. “The opposition will be to blame for whatever comes next,” he insisted.