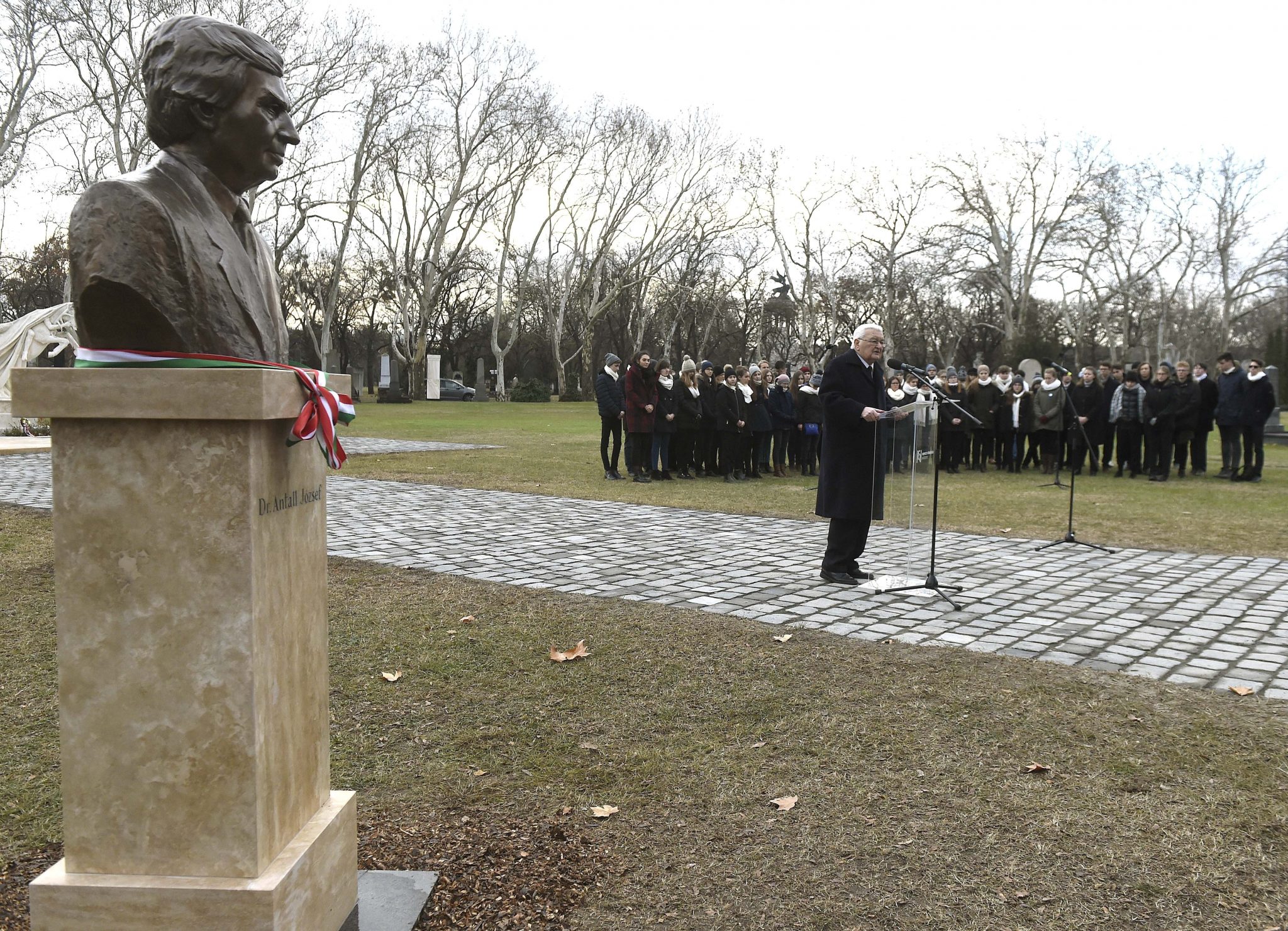 A bust of former Prime Minister József Antall was inaugurated near his shrine at the Fiumei Road cemetery in Budapest on Wednesday, commemorating the 25th anniversary of his death.

Péter Boross, who succeeded Antall in his post, noted that Hungary’s first post-communist prime minister had been Hungary’s first freely elected leader after the change of regime and had “steered the country out of a distorted period with a firm hand”. 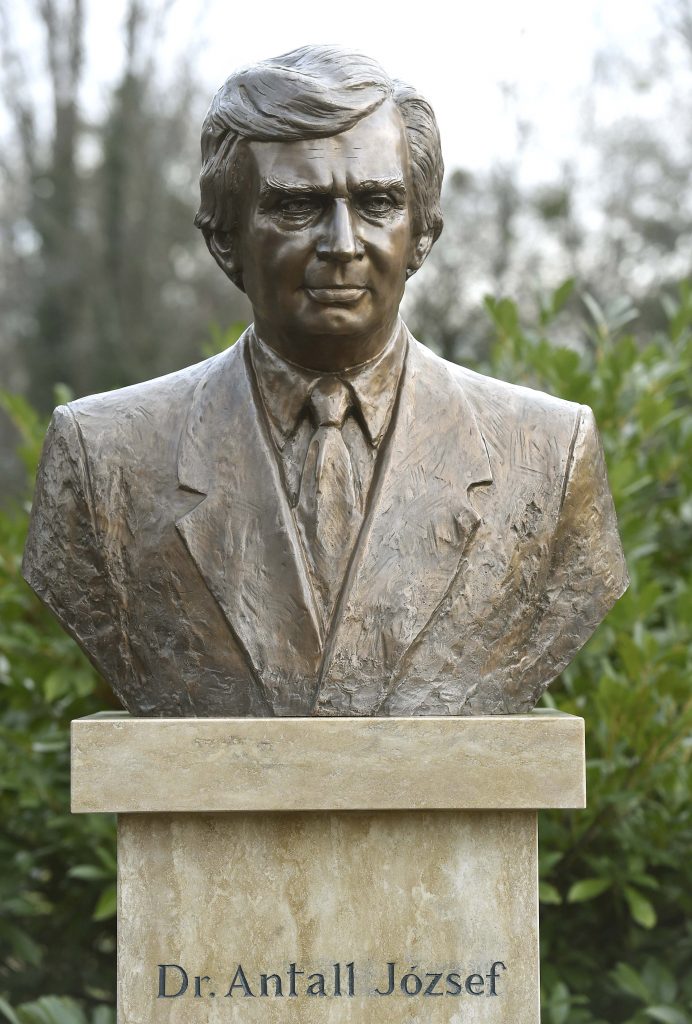 Antall left a mark on Hungarian history and it is “therefore our duty to regularly commemorate him”, he added.

It is our moral duty to highlight the changes he brought about in public thinking.”

The bust by sculptor Béla Domonkos was commissioned by the National Heritage Institute and Antall’s shrine was revamped for the anniversary.

via MTI
photos by Noémi Bruzák/MTI 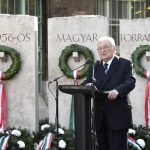 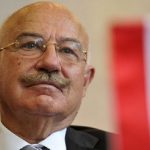