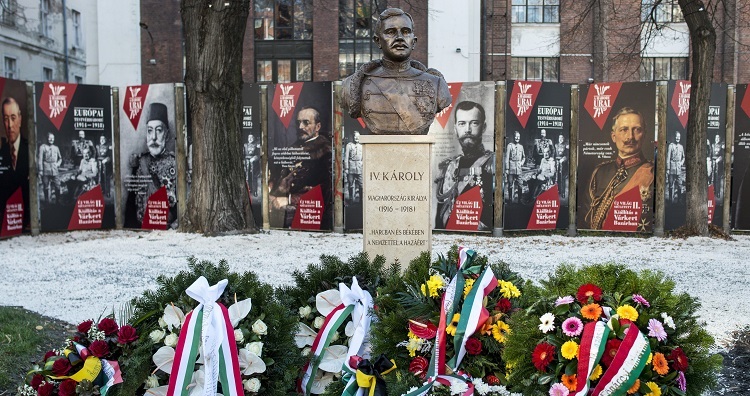 A bust of Charles IV, the last Hungarian king, has been inaugurated in Budapest’s 5th district at the Városháza park in the presence of his grandson, Georg von Habsburg and Hungary’s deputy prime minister Zsolt Semjén. 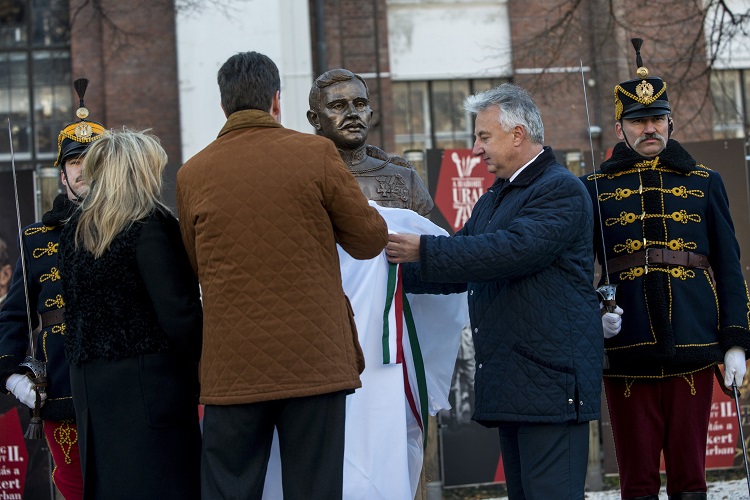 At the inauguration event Zsolt Semjén reminded the audience of the fact that during the Communist times it was forbidden in Hungary to remember worthy those parts of national history that “did not fit into marxist ideology”, including the heritage of the Habsburg dynasty. On the behalf of the Hasburg family, George (György) thanked Hungary for erecting the bust of Charles and said that his grandfather was not only the single European ruler who actually served in the war as a soldier, but also one of the few statesmen of the age who in fact did their best to stop the pointless bloodshed. 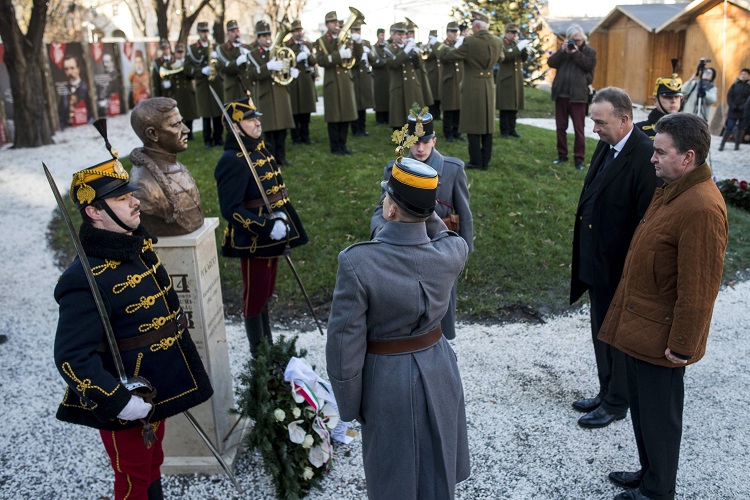 Charles’s bust was inaugurated in the presence of his grandson, Georg von Habsburg (in brown coat on the right)

Charles, who was the last ruler of the Austro-Hungarian Monarchy as well, succeeded the legendary but controversial old ruler Francis Joseph to the thrones of Austria and Hungary in 1916 after the previous heir, Franz Ferdinand, was assassinated two years earlier in Sarajevo. Franz Ferdinand’s tragic death is considered a historic turning point of modern history that precipitated the outbreak of the First World War. The new ruler, who reigned as Austrian Emperor as “Emperor Charles I” but in Hungary as “King Charles IV” between 1916 and 1919, is known his desperate but unsuccessful struggle to preserving the political and territorial integrity of the one-time mighty Habsburg Empire. Although he did never abdicate, he was forced to “renounced participation in state affairs” as the Monarchy was wracked by inner turmoil in the final years of the war. Charles spent the remaining years of his life attempting to restore the Monarchy until his death in 1922, he even attempted to reclaim the throne in post-war Hungary on two occassions. 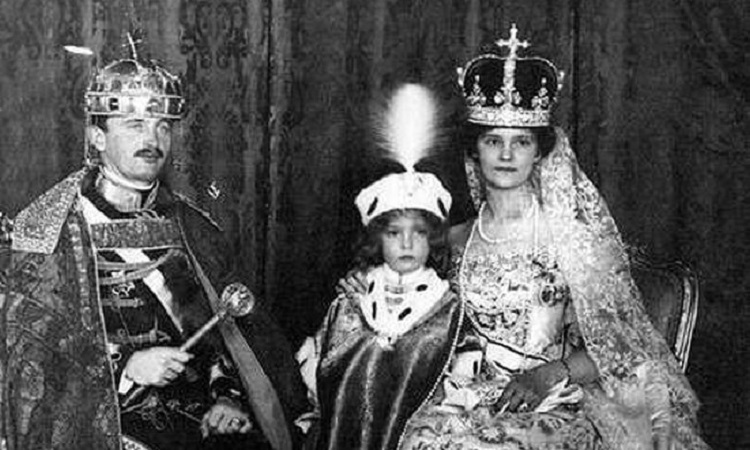 Hungarian King Charles IV and his wife Zita with the heir, crown-prince Otto, in Budapest in 1916

As for his private life, Charles married Princess Zita of Bourbon-Parma in 1911, who consequently became the last Queen of Hungary. Zita, also a devoted Catholic, gave birth to eight children, including crown-prince Otto, who had been considered as the most legitimate heir to the throne among Hungarian royalists for a long time after his father’s death. Following Charles’ beatification by the Catholic Church in 2004, the last king of Hungary has become commonly known as Blessed Charles of Austria. One of Charles’s collateral relative, Eduard von Habsburg, is currently Hungary’s ambassador to the Holy See.