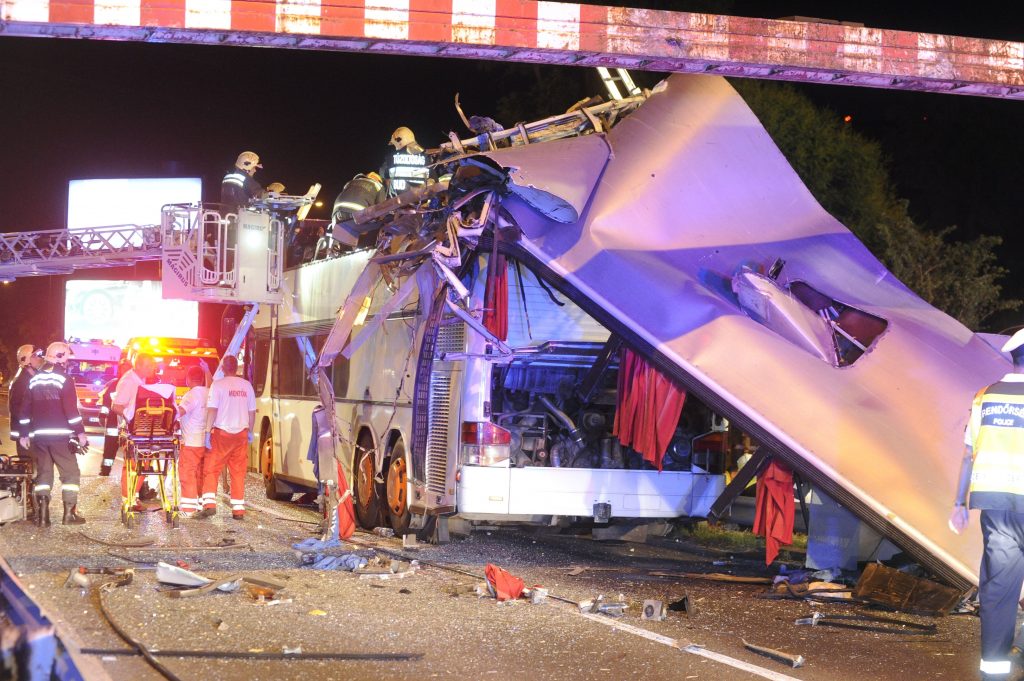 A double-decker bus crashed into a height limit gate on the road from Central Budapest to Liszt Ferenc Airport on Monday night; the accident has left 27 passengers injured. According to Hungarian police, the bus’ 52-year-old Ukrainian driver was taken into custody on Tuesday morning.

The bus, which itself was also from Ukraine, rammed into a height limit gate ahead of an underpass in the city’s 18th District, at Felsőcsatári road. Speaking to the press, the spokesman of Hungary’s Disaster Management Authority noted that the underpass “as good as shaved off” the roof of the vehicle. 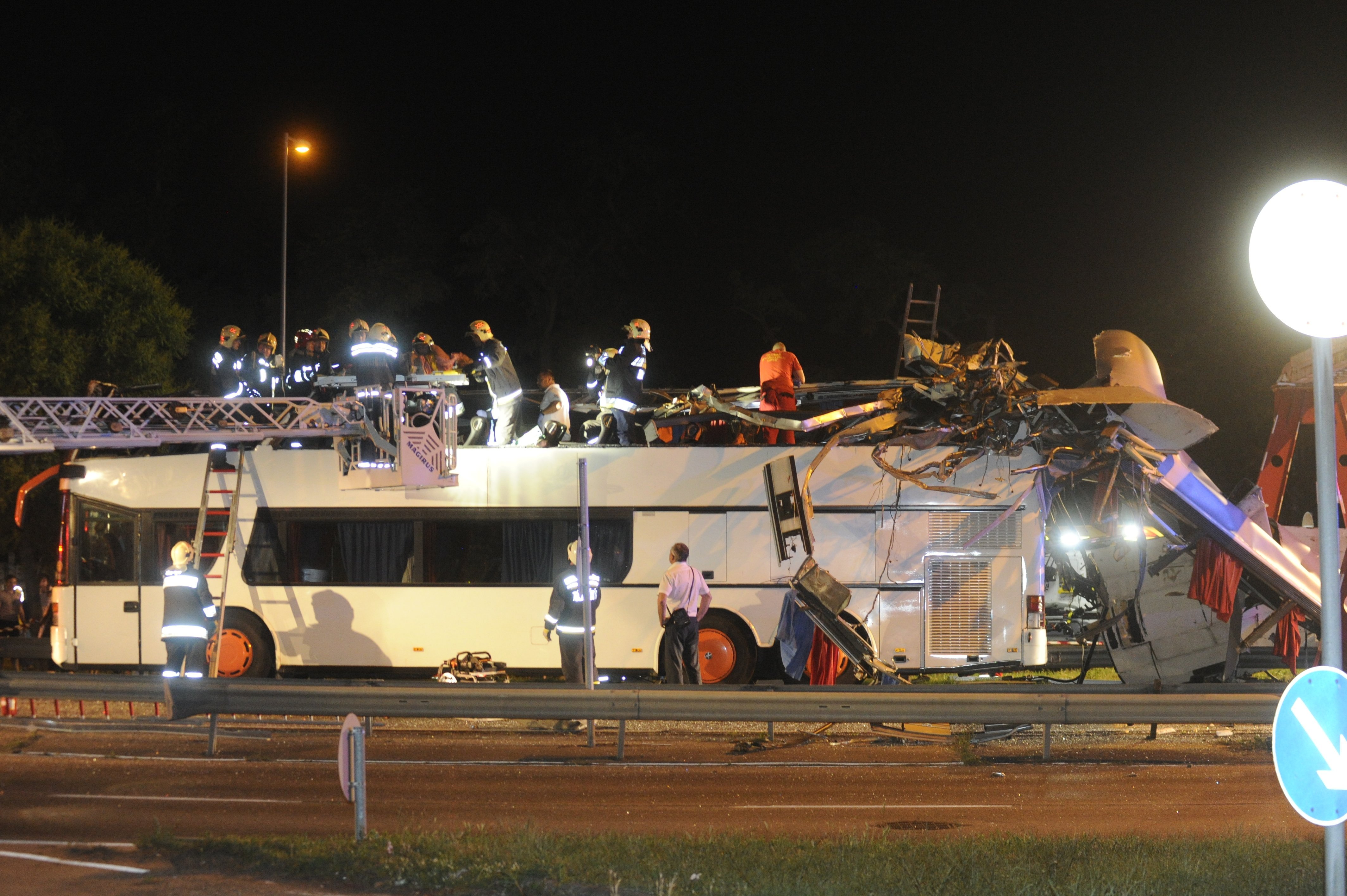 According to the Hungarian Ambulance Service, altogether 27 passengers were injured, eight with serious, mostly head injuries, and 19 with minor injuries. None of the passengers are in life-threatening condition.

The police have proposed that the driver be kept in custody until the date of the trial. 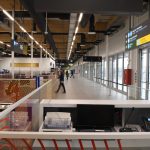