Budget 2017: Hungary To Spend €3.7 Billion More Than It Should Next Year

Hungary’s budget is expected to run a cash-flow-based deficit of 1,166.4 billion forints (EUR 3.7bn) next year, well above the 761.6 billion gap targeted for 2016. The 2017 budget bill targets revenue of 17,374.9 billion forints and expenditures of 18,541.3 billion. As announced earlier by the Hungarian government, the budget is separated into three pillars: revenue and spending for the day-to-day operations of the state, as well as for investments funded by the state and by the European Union. 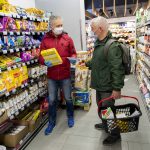