Budapest's Uránia Set To Being Named World's Most Beautiful Cinema 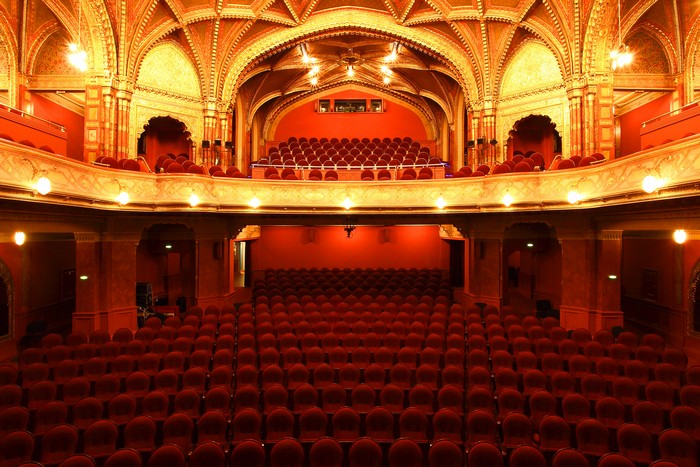 Budapest’s Uránia cinema has a towering lead in BoredPanda’s vote to identify the world’s most beautiful cinema.
The building of the Uránia National Film Theatre was constructed in the mid-1890s on what is today called Rákóczi út. Its architect, Henrik Schmal, sucessfully combined formal elements of the Venetian Gothic and the Italian Renaissance styles with Arabic and Moorish decorative ornaments to create one of Budapest’s most remarkable “Moorish-style” buildings. Originally an entertainment hall, Uránia began functioning as a cinema in 1916.
The historic building was restored to its original glory in 2002, when two 60-seater screening halls were added on to the 425-seater grand auditorium within the building. In 2006, the Uránia National Film Theatre won the Europa Nostra prize for the outstanding quality of its renovation. Today,  Budapest’s prettiest cinema is again home to film festivals, premiers and other major film venue.
Currently, the second position in the vote is also held by a Budapest movie theatre, the Puskin Art Cinema.
via mno,hu
photo: corvinusonline.blog.hu