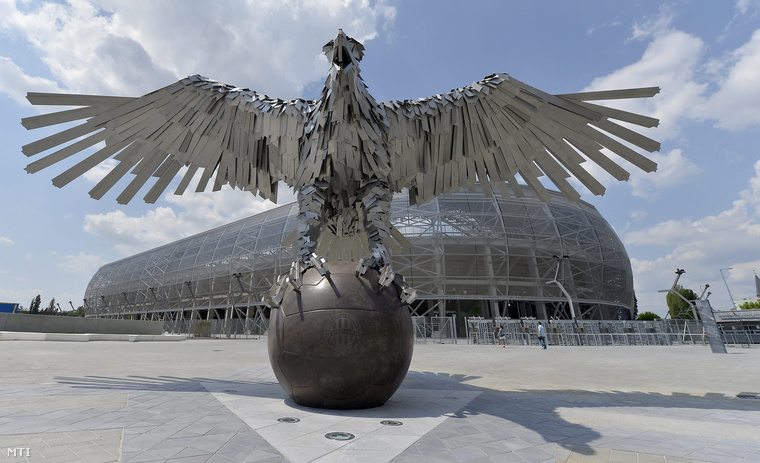 Groupama Arena, the Hungarian capital’s new football stadium which is home to the District IX team Ferencváros, has won a prestigious international award.

The stadium, which was inaugurated last summer, came first in the category of newly-built stadiums at TheStadiumBusiness Awards, which is the world’s only competition which includes the full spectre of the global stadium scene. The best nominees were shortlisted from hundreds of applicants by a professional jury, who picked the contestants in the sixteen different categories, which also included prizes for events, sports leaders and visitors’ experience in addition to various locations and facilities. The awards ceremony was held in FC Barcelona’s legendary Camp Nou stadium in the Catalan city.

Of the 24 nominees in the newly-built stadium category, contestants were finally shortlisted to include San Francisco’s Levi’s Stadium, Singapore Sports Hub, Otkritiye Arena in Moscow, Allianz Parque in Brazil and the Spanish city Bilbao’s San Mamés in addition to Groupama Arena.

Commenting on the recognition, Balázs Fürjes, the government commissioner responsible for priority investments in the capital, says that it proves that the thorough study of international examples before construction paid off, because Groupama Arena has become “more than a stadium” as a result.

He noted that the venue has hosted several conferences and other events unrelated to sport over the past years, which contribute to its sustainability. The stadium also adds to Budapest’s architectural character and it also hosts the Hungarian national team’s matches until the new Puskás Ferenc Stadium is completed, he added.