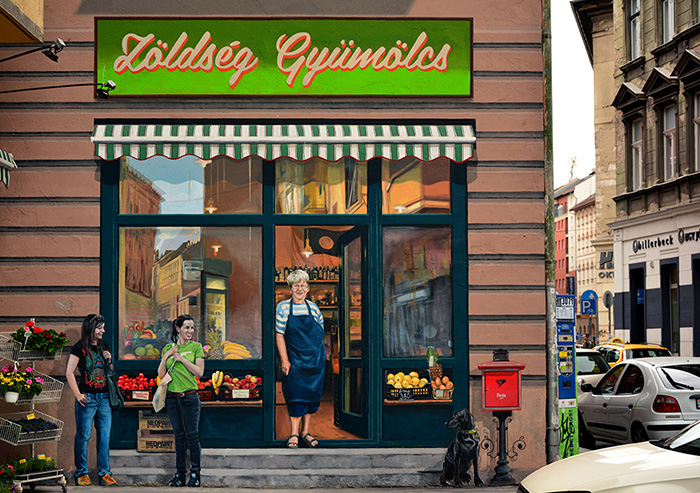 A breathtakingly realistic firewall mural in Klauzál tér, District VII, has been recreated to an even higher standard after being damaged by leaking water.

Neopaint Works, a group of artists, completed the first example of its “TűzfalRehab” program, aimed at reinvigorating dilapited city firewalls with colourful murals, in 2012. The so-called “Greengrocer’s Mural” became a favourite of many because its unbelivably lifelike depiction of locals and Zsuzsa néni, a real greengrocer whose shop is to be found opposite, alongside the imitation of the building’s original façade. 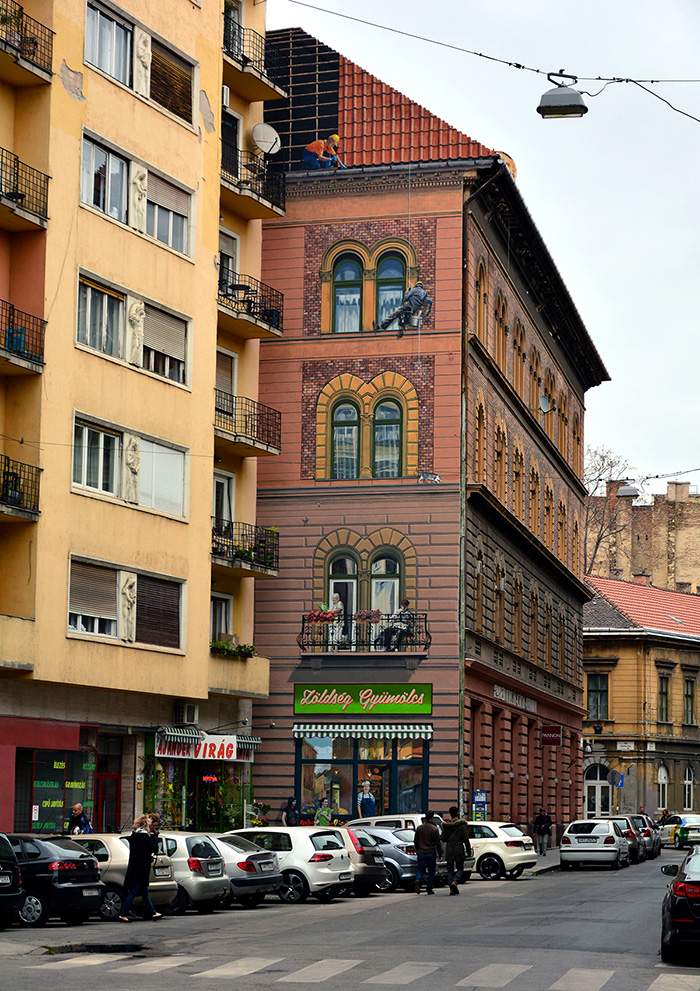 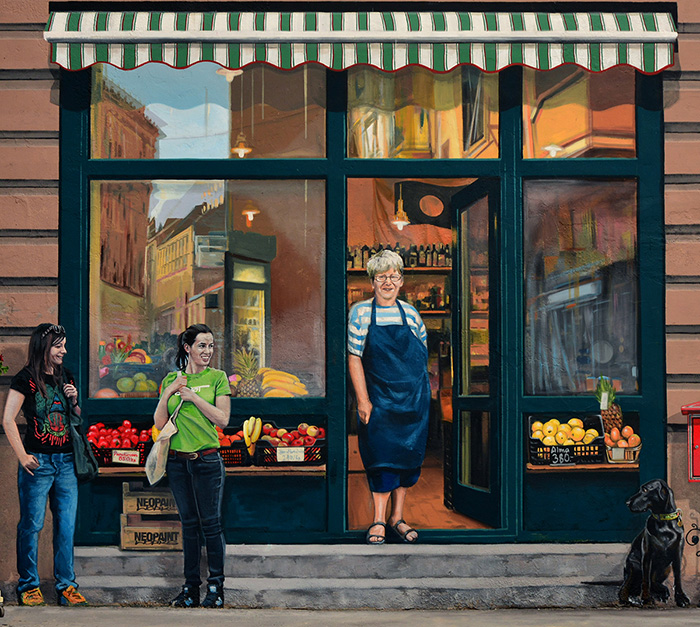 The original mural has now been repainted and slightly redesigned after the original painting was damaged by leaking water last year. New figures have been added to the composition and the quality of work has been improved compared to the original. 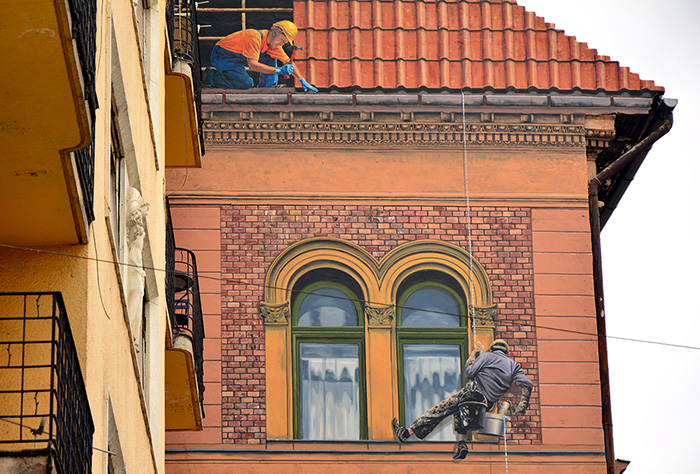 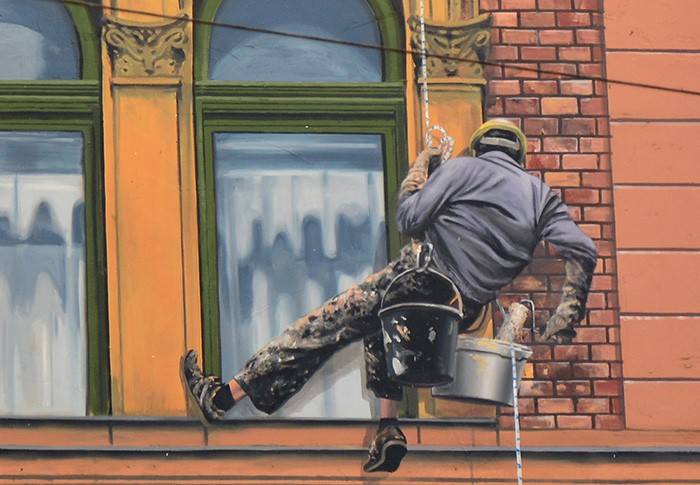 Costs of renovation, scaffolding and repainting were all covered by the Neopaint Works group. 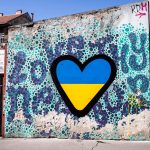 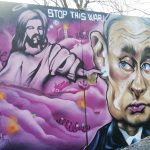