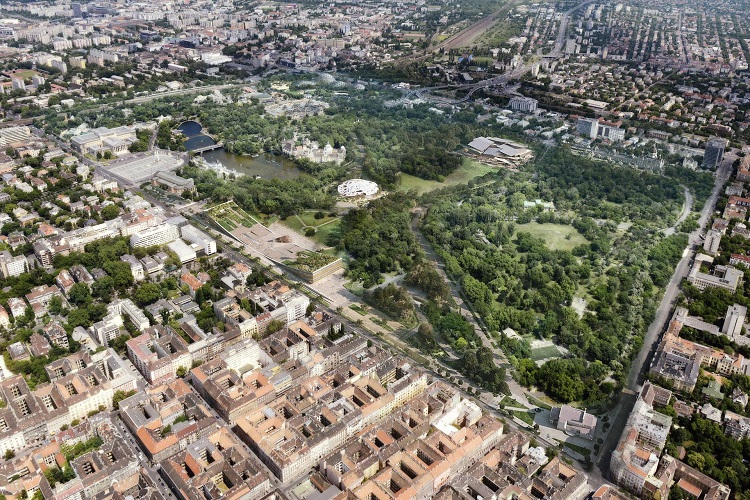 The Liget Project, a plan to renovate Budapest’s city park, has been nominated for an award at this year’s MIPIM (Le marché international des professionnels de l’immobilier) conference, which will be held from March 14th to 17th in Cannes, France.

The Liget Project has been nominated in the category of ‘Best Futura Mega Project,’ alongside other colossal construction plans under development in Japan, Brazil, and Russia. Benedek Gyorgyevics, director of Városliget Zrt., the company responsible for the renovation of the park, described the awards as “the equivalent of the Oscars for the real estate industry.”

The planned renovations to the park will include a new building for the Hungarian Museum of Transportation, new homes for the Folklore Museum, the National Gallery, and a ‘House of Hungarian Music,’ among other renovations.

The project itself has been the subject of considerable controversy, with opposition politicians as well as activists and members of the public expressing concerns about what the proposed 157 billion forint (EUR 505.5m) Liget Project will do to the city’s most important green space. In particular, the group Ligetvédők (City Park Defenders) have been protesting the Project’s felling of thousands of trees within the City Park, which they feel will lead to an environmental disaster. In addition, the group has expressed concerns about the idea of transforming the Park into a Museum quarter, as this would, in their view, lead to the end of the City Park as a true green space.

You can view a video of what the Park will look like in its renovated form below: