Last Thursday, the Danube Institute, a conservative think tank based in Budapest, hosted a conference entitled Debating Democracy, in which speakers and panelists discussed the recent developments that together have raised the question, “What is democracy?”

The event began with a brief introduction by the Danube Institute’s President, John O’Sullivan, who provided a bit of background on the Danube Institute, as well as a brief overview of what sort of topics the day’s speakers and panelists would be discussing.

The morning’s first speaker was John Fonte, Senior Fellow and Director of the Center for American Common Culture at the Hudson Institute, a conservative American think tank. He has also been involved with Republican politics for some time, and served on Newt Gingrich’s foreign policy team during the former House Speaker’s unsuccessful 2012 presidential campaign.

Dr. Fonte’s speech was entitled Debating Democracy—An Overview, and was meant to provide a summary of recent political trends that have raised questions about the nature of democracy in the western world. In his talk, Fonte claimed that it was not the recent spread of populism—as seen in the results of the Brexit referendum and the rise of Donald Trump—that was placing the institution of democracy in danger, but rather the ideology and efforts of what he termed the “Davosie”, international globalist elites who held what Fonte described as a ‘post-democratic’ worldview.

Fonte’s introduction was followed by Confusing Democracy: Russia, Central Europe, and the West. This portion began with a speech by David Satter, a veteran American journalist, author and Russia expert who is one of the world’s leading commentators on Russia and the former Soviet Union. In December of 2013, Satter made headlines when he became the first American correspondent since the Cold War to be expelled from Russia. 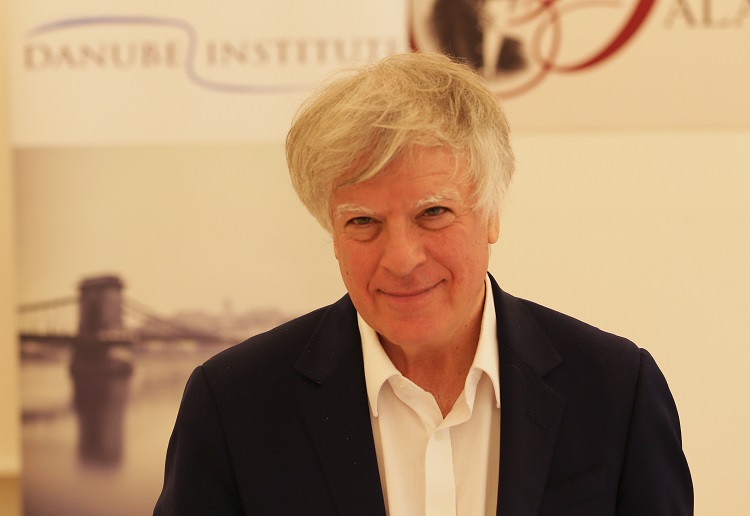 In his talk, Satter emphasized the way in which the “Russian Bear…mimics” democratic institutions, without actually having any of its own. He also discussed Russia’s potential role in the 2016 US Presidential election, as well as Russia’s invasion of Ukraine and its annexation of Crimea. In addition, he also talked about the Yeltsin/Putin regime’s role in the 1999 Russian apartment bombings; according to Satter’s research, these attacks, which helped catapult Vladimir Putin to power, were actually carried out by the Russian security service, the FSB. (Satter also discussed many of these topics in detail in his interview with Hungary Today).

Following this, two panelists—Professor Norman Stone and Miriam Lexmann—responded to the ideas and points that Satter had brought up. Dr. Stone is a Scottish historian who is currently a professor in Bilkent University’s International Relations department. Miriam Lexmann is the EU Regional Program Director at the International Republican Institute, and earlier served as the Permanent Representative of the Slovak Parliament to the EU.

Lexmann, for the most part, agreed with Satter’s assessment of the dangers posed by Russia, and expressed her view of the importance of maintaining and upholding democratic Western values. Dr. Stone expressed his opinion that, while Putin’s regime has certainly been harsh and corrupt in some respects, it is undeniably “preferable” to the chaos, corruption, and mob rule that existed in Russia in the 1990s following the collapse of the USSR. In addition, he expressed his skepticism as to the viability and stability of the Ukrainian state as a whole.

After the coffee break, British speechwriting expert Charles Crawford delivered his speech entitled Democracy, populism and Brexit-Britain and Europe. (The former UK Ambassador to Poland, Serbia and Bosnia also gave a lecture at the Danube Institute a day before with the following title: Political speeches: democracy in the era of #fake news.) 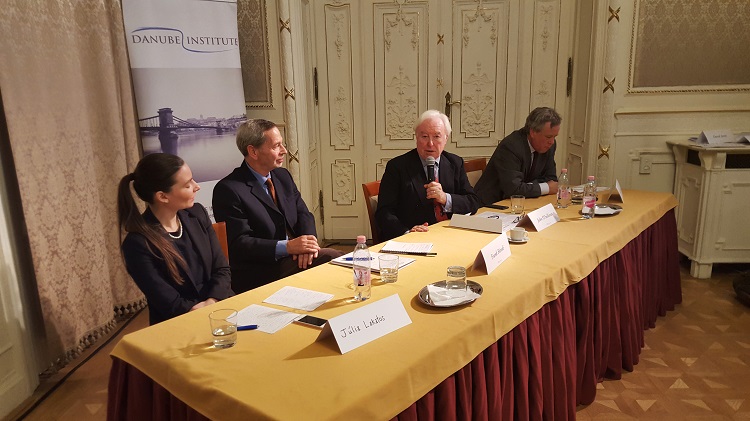 According to Charles Crawford, it is quite difficult to define today’s democratic crisis, since “our most intimate categories” have been challenged in recent times. The EU suffers from several diseases, including the lack of subsidiarity, which should be the main principle of the community, he noted. Commenting on Brexit, Crawford said the UK “psychologically never fit” into the EU, and issues such as mass migration from Eastern Europe just make this gap even deeper. In Crawford’s view, there are three possible processes in the political spectrum: either the middle squeezes the extremes, or there is an equilibrium of political forces or the extremes squeeze the middle. The latter may be happening now, he said.

In response to Crawford’s speech, Hungarian political analyst Júlia Lakatos said geopolitics is playing at least as vital role in international politics as ideology. Eastern and third world countries are no longer willing to accept Western dominance, while the West is still seeking the answers to this challenge, she added. British-Hungarian sociologist professor Frank Füredi said in his reply to Crawford and Lakatos, that the “cultural crap” spread by media and intellectual elites is to blame for today’s democratic turmoil. Western democracies should return to the core values of classical liberalism and the enlightenment, he argued.

The conference last address was delivered by Polish philosopher and university professor Ryszard Legutko, who is a member of the European Parliament from Poland. Legutko’s latest book, in which he compared the ideological background, arguments and rhetoric of liberal democrats and old-type socialists/communists, has been published in the U.S. under the title ‘The Demon in Democracy’. Although Legutko admits the comparison may sound outrageous at first hearing, he insists there is a wide range of similarities between the two left-wing groups, including the aspiration for “social engineering.” 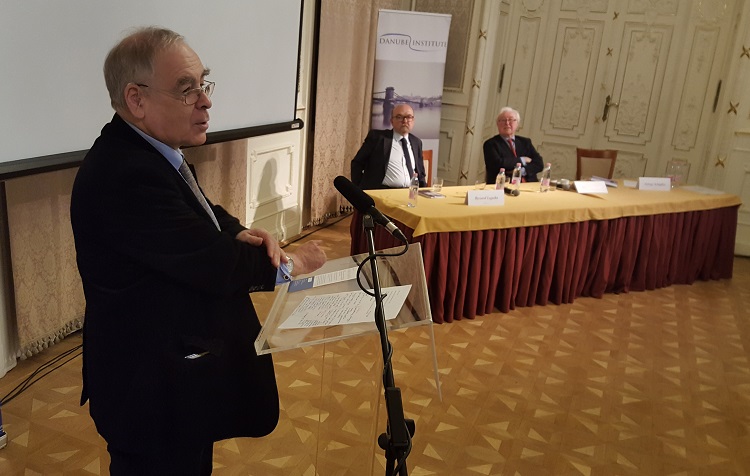 In addition to Legutko’s argument, Hungarian-British historian and MEP György Schöpflin said liberal democrats have had “monopolized the term of democracy” over the last three decades, however, both the institutions and the methods of democracy should be reconsidered to adjust them to today’s society. Among the driving forces that reshape politics nowadays, Schöpflin pointed out the new communication technologies, which in his view completely broke the traditional elites’ dominance in “gathering information.”

Images via the Danube Institute 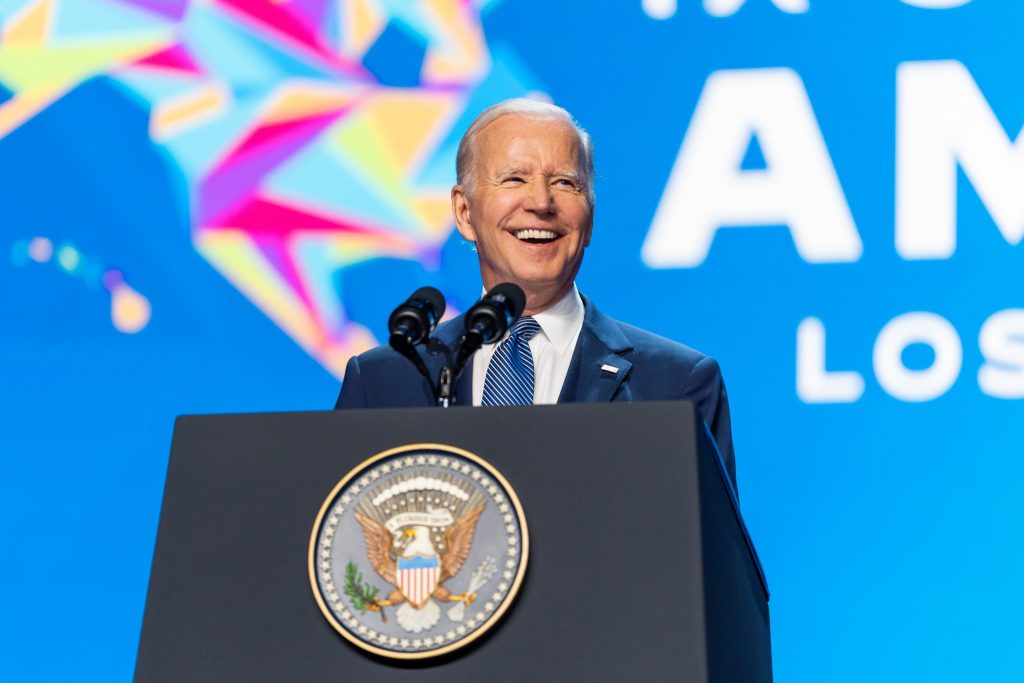 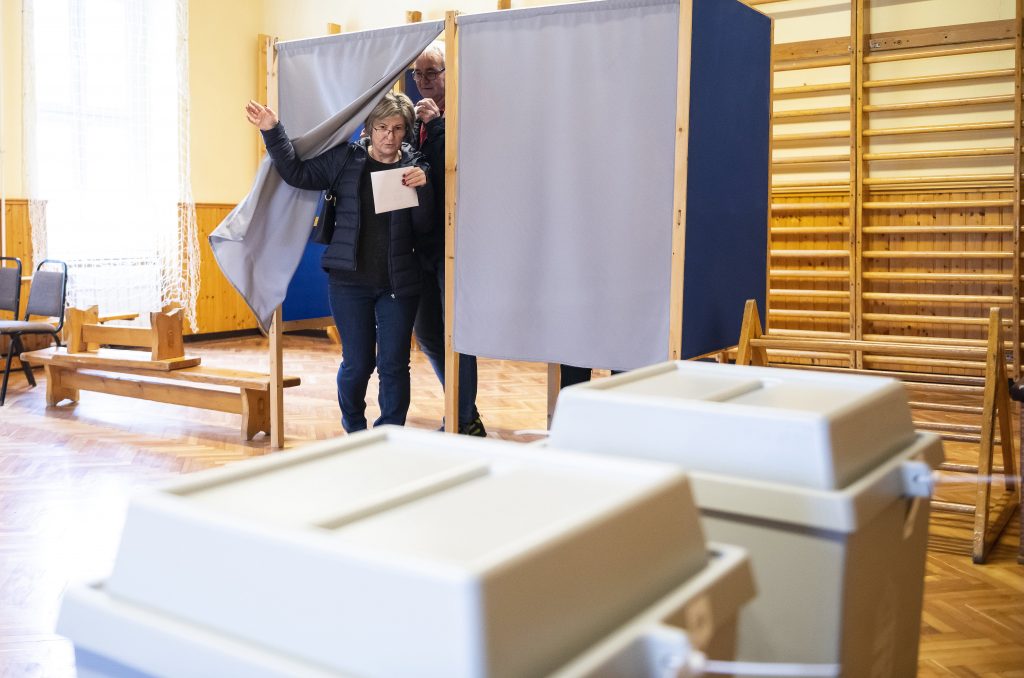 Telex reported on a survey designed by the CEU Democracy Institute and conducted by Závecz Research. The survey shows that Fidesz and opposition voters not only perceived the world differently but also cast their votes differently on April 3. Two approaches were used when asking voters about their motives: By using a so-called open question, […]
Júlia Tar 2022.06.03.