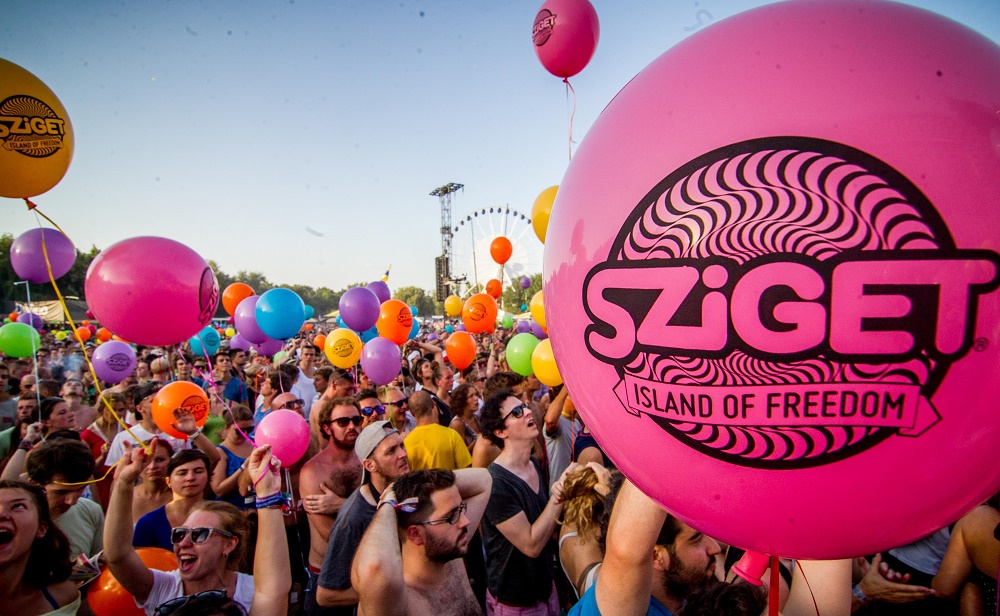 Budapest’s Festival and Tourism Centre prepares for this year’s Sziget Festival with wide range of entertaining programmes to make the visiting foreigners’ festival holiday in Hungary even more enjoyable. Check out the list of the most interesting things-to-do offered at the Budapest Stand of the Sziget Festival!

Visitors of the Sziget Festival can find four MOL BUBI bicycles installed on a docking station and connected to a virtual system projecting pictures about Budapest’s sites. The faster you ride the more you will see of Budapest’s eye-catching streets and buildings without leaving the island!

For those who have no intention at all to leave the island and visit the city during the festival, but still interested in taking extraordinary Budapest photos, the Festival’s special light painting installation will offer the perfect solution.

By filling out surveys about Budapest, festivalgoers will have the chance to win culture- and tourism-related gifts, including a free bus tour with guide around the city.

Popular Hungarian music band ’The Biebers’ will perform their new Budapest hit „Livin’ in Budapest” as part of a joint effort to share the festival atmosphere and feeling of the city with the visitors.

If you take nice photos to share during your stay in Budapest, don’t forget to use the following hashtags: #VisitBudapest, #Sziget and #Budapest. If you’re lucky enough, your photos’s will appear not only on Instagram but also on Visit Budapest’s Facebook page.

Both locals and foreigners are offered the opportunity to write down their view on Budapest or their story or experience with the city. The campaign was very well received at other festivals too, so the best stories will be shared on the internet.

Since the recent wave of street food revolution enjoys great success across the city, the Budapest Bakering team decided to invite festivalgoers for a unique gastronomic adventure. Have you ever tasted something good offered from a bus or tram cabin?

Do you like Hungarian food but you’re not brave enough to make a traditional goulash soup on your own? Thanks to ’Men & tál gastro blog’ in the Sziget Festival you will have the chance to grab a copy of a mini cookbook written by Budapest star chefs. The brochure will include more than ten easy but still of high quality Hungarian recipes.

Tatz tattoos
The popular and design temporary tattoos made by Tatz will enable children to wear Budapest on themselves for a while even after the festival ends on 17th of August.