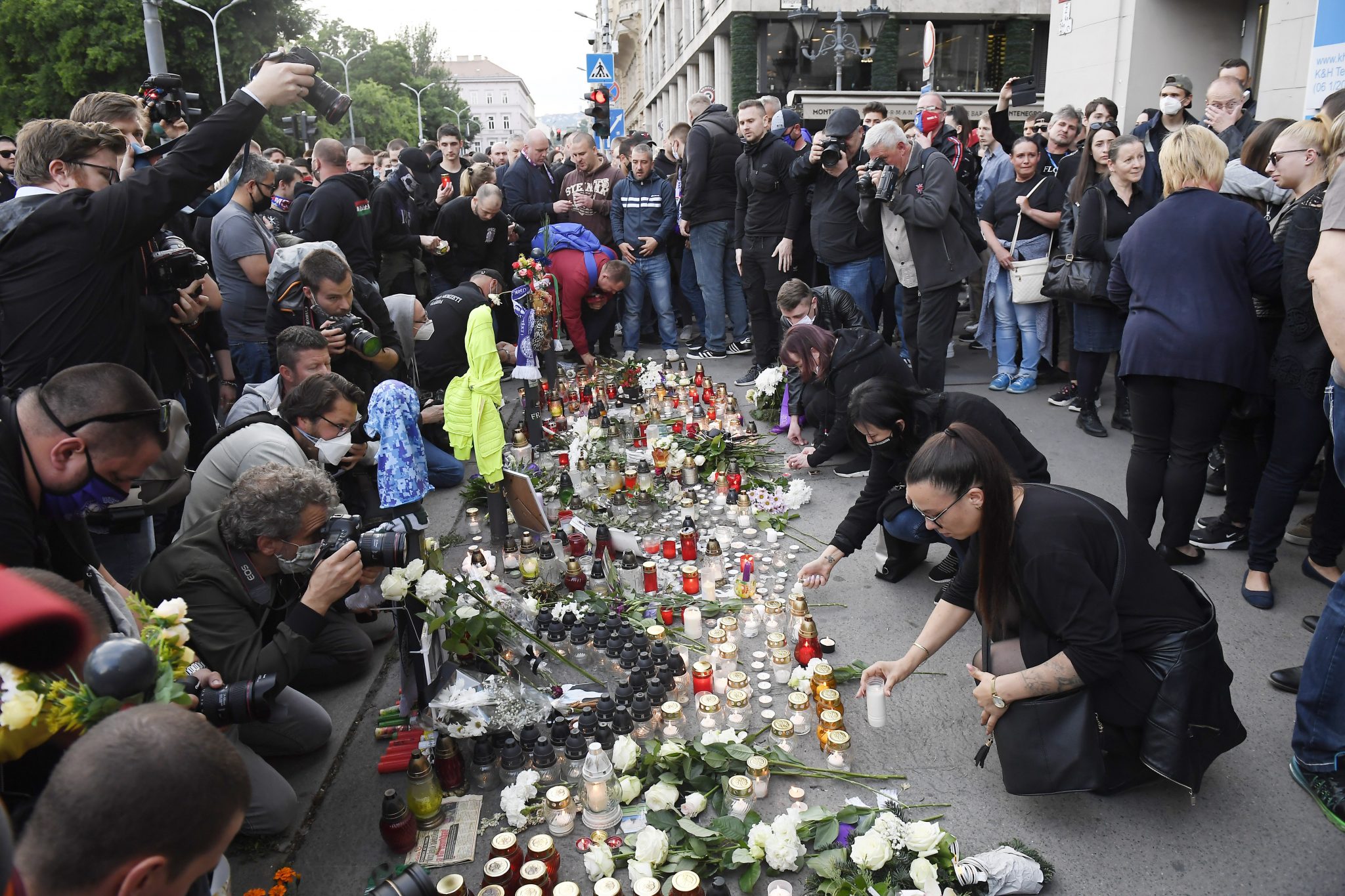 In the wake of last week’s two controversial gatherings, the topic has been brought up in the National Assembly. An Interior Ministry official insisted that in the police’s view the fans’ tribute event didn’t fall under the Assembly Act.

After a teenager stabbed two other teens to death following a brawl last week in the early morning hours on May 22nd, two events were held in connection with the tragic event. Last Thursday, far-right Mi Hazánk (Our Homeland) party organized a protest in front of the National Roma Self-Government, then in a separately arranged one, football fans held a memorial on the site of the attack with thousands attending (despite the state-of-emergency restrictions due to the coronavirus pandemic), as both youngsters were football fans.

First it was Christian Democrat (KDNP) MP Bence Rétvári to answer the opposition’s question, but instead of revealing any details, he “reminded” MSZP politicians of the police abuses of their governance in 2006. Then Democratic Coalition (DK) MP Gergely Arató asked the Interior Ministry, as in his view, last Thursday’s demonstration was offensive and included racist slogans, and as a result, police should have intervened.

In his response, the Parliamentary State Secretary of the Ministry of Interior Károly Kontrát, basically repeated and confirmed the police’s earlier stance. He said police handled Mi Hazánk’s event and the Deák Square gathering separately. While the former was viewed as an asembly (and as a consequence it warned participants, then handed out 34 citations, while 6 were taken to the police station), at the latter, “nothing happened that would fall under the Assembly Act.” There, members of a community paid tribute to their tragically deceased mates, and police had let go similar events in the past as well, he argued.