Budapest Spring Festival 2018: Three Weeks of Music and Arts in the Capital

The 38th annual Budapest Spring Festival (BSF), offering more than 150 cultural programs at 40 venues across Budapest, will be held this year between March 30 and April 22.

Over the last few decades, BSF has become one of the most important art festivals of Central Europe, and offers a diverse range of programs for guests, including classical concerts, operas, pop, jazz and folk concerts, contemporary and folk dance performances, theatre and fine arts programs.

Speaking at a press conference, Csaba Káel, the chief of BSF’s operative body, said that the festival’s main focus will be the oeuvre of 19th century Hungarian composer-pianist Franz Liszt, whose monumental oratorio The Legend of St. Elisabeth will open the festival on Good Friday (30 March) in the Palace of Arts.

The festival’s program also includes artists from the Visegrád countries (Hungary, Poland, Slovakia, and the Czech Republic). The Vigadó will host beautiful pieces of European choral music, including operas and oratorios from Central-European composers. In 2018 the classical music world celebrates the 100th anniversary of the birth of American composer Leonard Bernstein, and the BSF will join in this commemoration with an extraordinary co-production to the event series, while Kodály String Quartet will honour Tchaikovsky, Debussy and Rachmaninov on their 125th, 100th and 75th anniversaries.

Other programs marking Easter will include Telemann’s oratorio The Resurrection and the Ascension of Jesus, performed by the Orfeo Orchestra and the Purcell Choir in the Liszt Academy on April 1.  A four-part concert series titled “From Liszt to Bartók” will explore the influence of Liszt on 20th century modernism through impressionism, expressionism and folklore. The PONT Festival in the Várkert Bazár will present Easter-related customs and UNESCO-listed religious folk traditions from Hungary and the Mediterranean region.

This year, the festival will also focus on the piano: the instrument will be featured in recitals by international stars such as Martha Argerich with a Mendelsshohn-Chopin program, the Grammy award winner Daniil Trifonov, the legendary Israeli-American Yefim Bronfman, Rudolf Buchbinder and the extravagant Chinese pianist, Yuja Wang.

Grammy Award-winning Kurt Elling will return to Müpa after five years with his latest album, while Hungarian Kossuth prize laureate singer Ákos will celebrate  his 50th birthday and the 30th year of his career during the festival. Kati Kovács, the legendary Kossuth and Liszt prize winning talent-show winner of the 60s, will perform an acoustic concert in the Vigadó. Hobo will play a special, genre-bending concert at Müpa, and DJ Bootsie, who has worked with Oscar-winning animation filmmaker Ferenc Rófusz, will also visit Hungary with a cross-genre program.

During the three weeks of the festival, more than 70 exhibitions, museums and studios will open in the framework of Budapest Art Week. An exhibition of the best Hungarian press photographs of the previous year will again be presented at the Capa Center, while the Central Market Hall will host the work of Hungary Today’s food blogger and photographer, Péter Csákvári, in his exhibition on his miniature worlds, Tiny Wasteland.

Besides the Palace of Arts (Müpa), Liszt Academy, Vigadó, National Theatre, Várkert Bazár (Castle Graden Bazaar), and other venues, the streets and squares of Budapest will also be an active part of the Festival’s activities. City walks of #HeadsUpBudapest will raise pedestrian’s attention to the beautiful buildings around them, while the POKET, a handbook vending machine, which will be debuting on the Day of Hungarian Poetry, April 11th,  aims to replace smartphones with books in passengers’ hands on public transport.

You can check the full program of the Budapest Spring Festival, which has been organized in a cooperation amongthe Palace of Arts, the Budapest Festival and Tourism Centre, and Hungarian Tourism Agency, here! 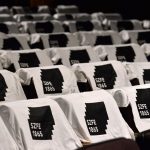