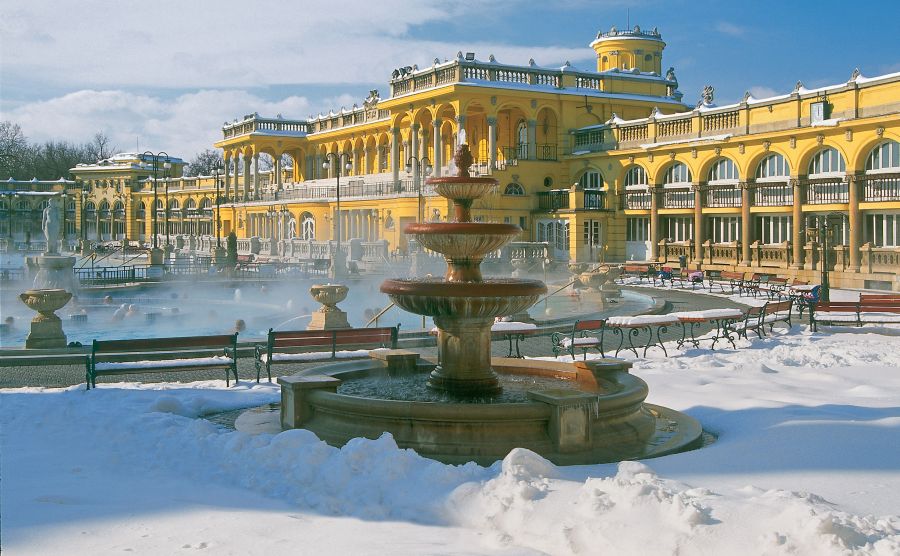 Visitor numbers were up in spite of an unseasonably cold and wet June, Szilvia Czinege told the paper. The Széchenyi baths alone drew 1.7 million visitors, she added.

Turnover at the Palatinus baths was up 31 percent and turnover at the Paskál increased more than 13 percent. Both baths have recently been upgraded. Visitor numbers at the Gellért baths were up 6 percent, coming close to 660,000.

Guest nights in Hungary rose by 3.7 percent year on year to 1,983,000 in November, according to data released by the Central Statistical Office (KSH). Guest nights spent by domestic travellers climbed by 5.9 percent to 993,000 as Hungarians used a four-day weekend for the All Saints' Day holiday for recreation. Guest nights spent by foreign visitors rose by 1.6 percent to 990,000 during the period. Revenue of commercial accommodations increased by 7.1 percent to 37 billion forints. At hotels, the average occupancy rate stood at 58.2 percent, up 1.0 percentage point from the same month a year earlier. Total revenue per available room (TREVPAR) at hotels climbed by 6.1 percent to 20,586 forints (EUR 64).