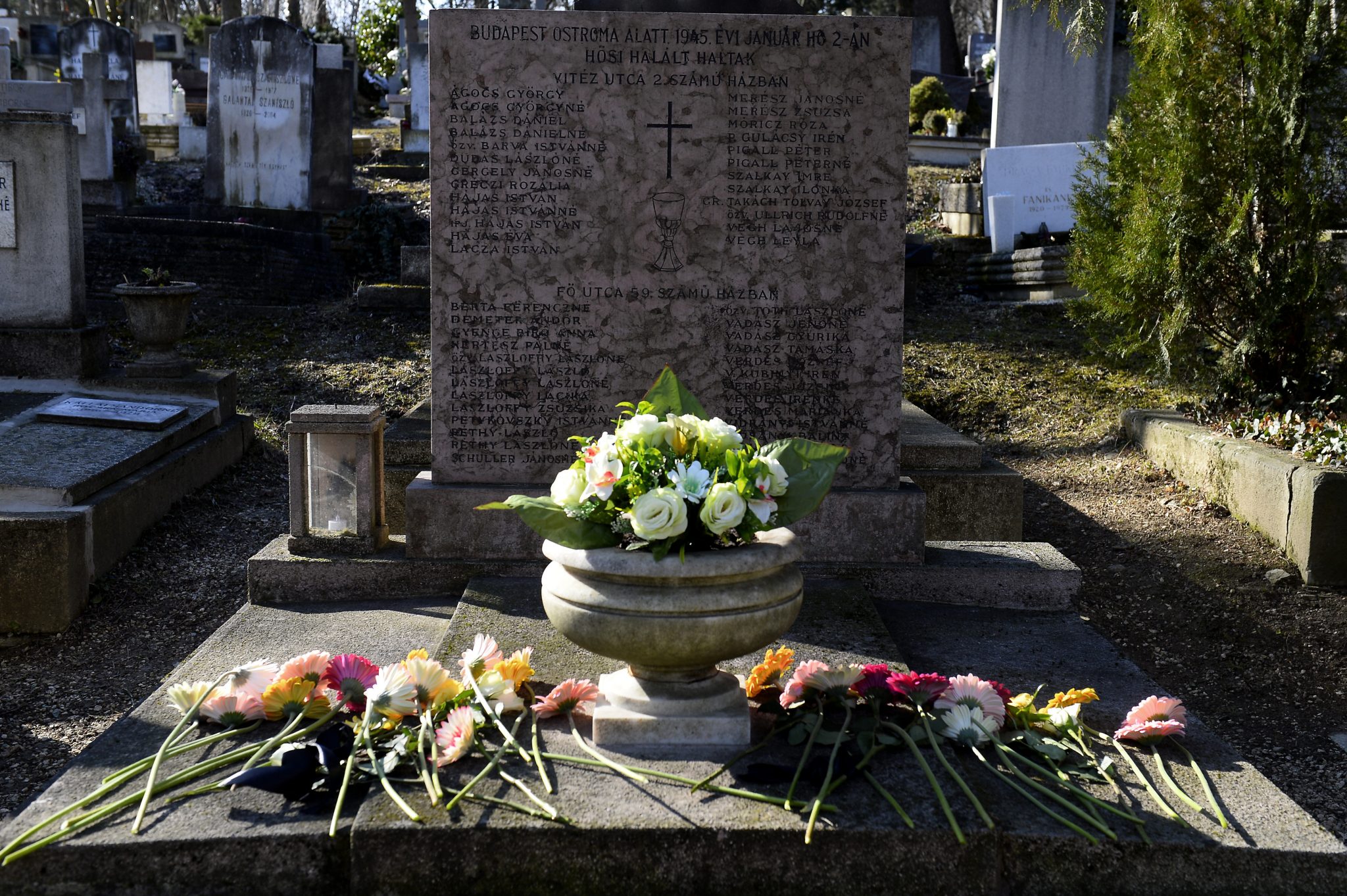 The civilian victims of the siege of Budapest, which ended 75 years ago, were remembered at the Farkasrét cemetery on Thursday.

Addressing the commemoration, Miklós Réthelyi, member of the National Memorial Committee, noted that the 102-day siege of Hungary’s capital by the Soviet Army claimed the lives of several tens of thousands of Hungarian soldiers.

Siege of Budapest Ended 75 Years Ago

Once the capital’s Pest side was taken by Soviet troops led by Marshal Malinovsky, the final operation focussed on the encircled defenders of Buda Castle and its neighbourhood, he said.

That 52-day operation was one of the longest sieges of WWII, regarded also as “a second Stalingrad”. The Red Army lost 80,000 soldiers and had another 240,000 casualties, whereas the number of victims at the allied German-Hungarian forces was 100,000 soldiers, prisoners of wars and injured troops.

The operation also cost the lives of 38,000 civilians.