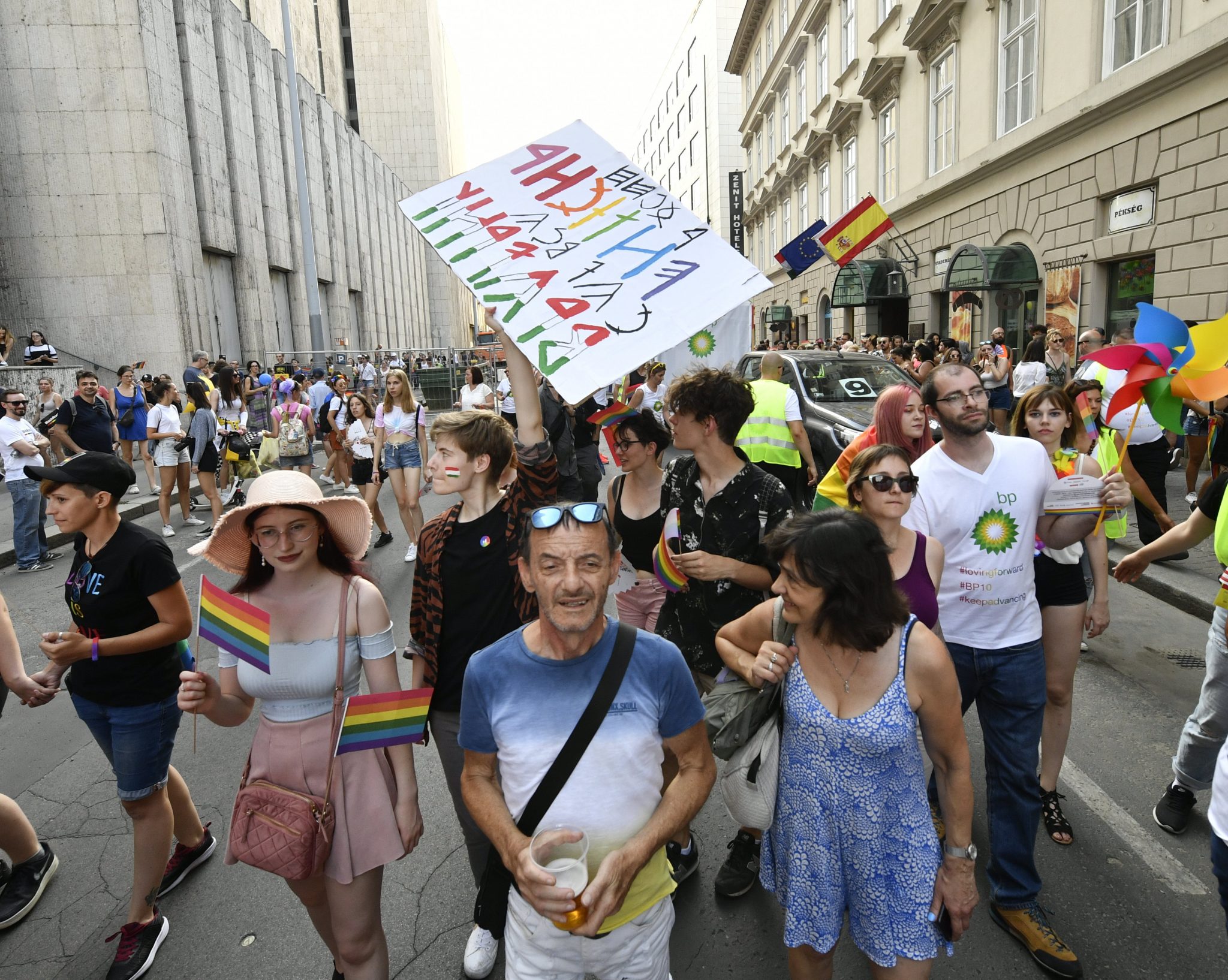 The 24th Budapest Pride Festival wound up with a march that started from Kossuth Square, in front of the parliament building, on Saturday. The parade ended peacefully without any atrocities.

LGBTQ (lesbian, gay, bisexual, transgender and queer) people and their allies marched to March 15th Square, on the Pest side of the Erzsébet Bridge.

Before the start of the march, organized by the Rainbow Mission Foundation, spokesperson Kama Peksa said LGBTQ people had had enough of being treated as second-class citizens by those in power. She noted that, according to leaks, the government plans to amend the constitution in September to prohibit LGBTQ people from adopting. Peksa stressed that LGBTQ people would not give up their fight, rather their solidarity would grow as pressure from the established powers increases. She said 15 vehicles joined the march as well as 300 volunteers, including legal observers.

The poet and writer Orsolya Karafiáth, who is the MC for this year’s event, said it would be good if the country was at least as open as the crowd gathered in Kossuth Square, unafraid and standing up for dignity and diversity. 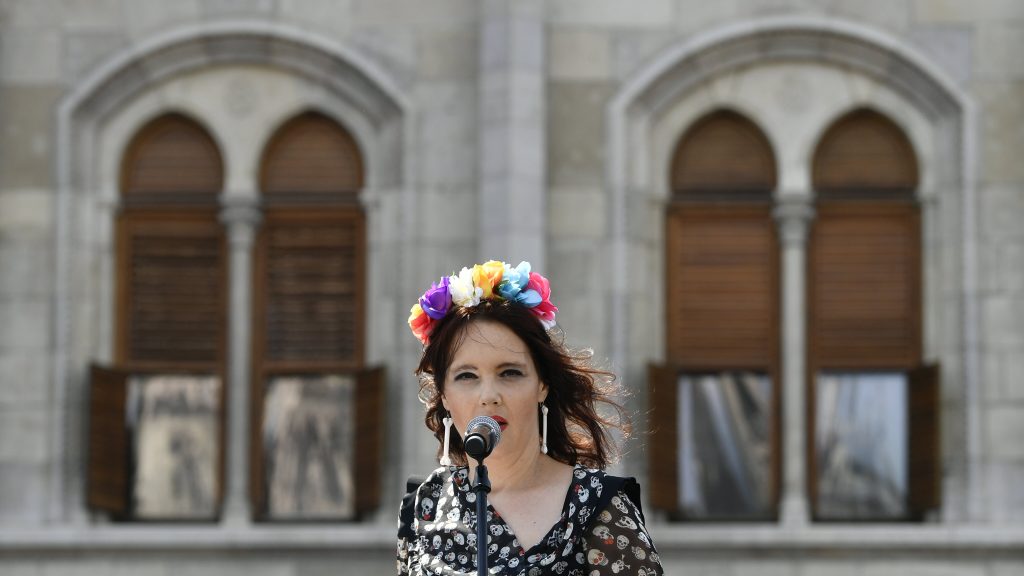 The third speaker at the event, the sociologist Dezső Máté, said one notices early in the 21st century that the motivation to change, to question and to achieve equality are missing from society.

“It’s as if time had stopped and the institutions of the state were content with the civil rights and duties that their predecessors have fought for,” he said. It appears that public movements shaking the country and Europe are coming to an end, he added.

On their way to March 15th Square, the marchers waved rainbow flags, sang songs and danced.

After the march ended, Peksa said this year’s event was the most peaceful and unhindered one in recent years. She noted that the participants marched without cordons this year, and in spite of that there were no disruptions. Peksa added that she knew of just one instance of a counterdemonstrator entering the crowd of marchers, but that person was escorted out by the organisers. 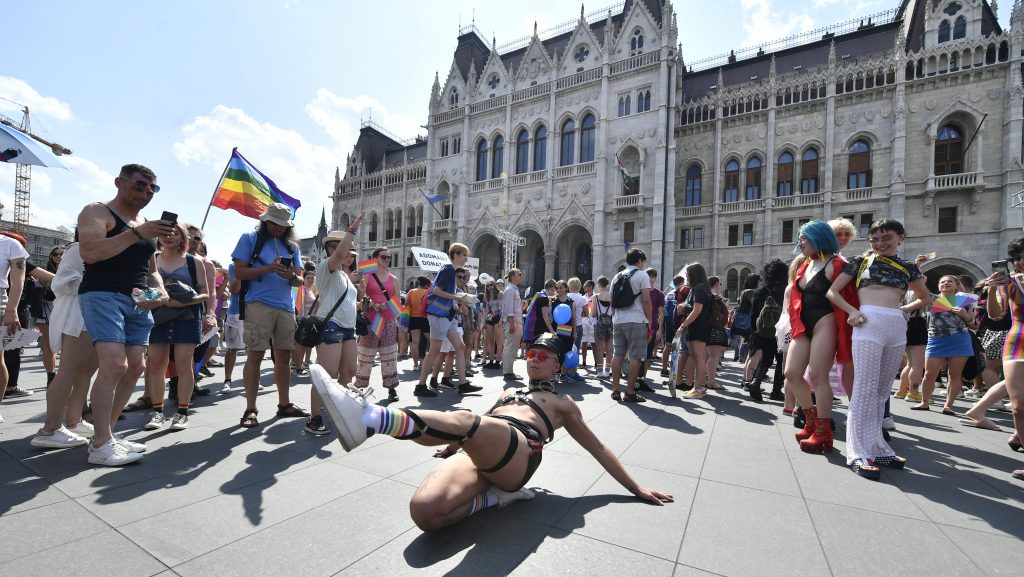 MTI’s correspondents at the event saw the flags and banners of the opposition Democratic Coalition (DK) and the Socialists (MSZP) as well as the Liberal Party among the marchers. The organisers also said the march was supported by Momentum, Párbeszéd and the satirical Two-tailed Dog party. 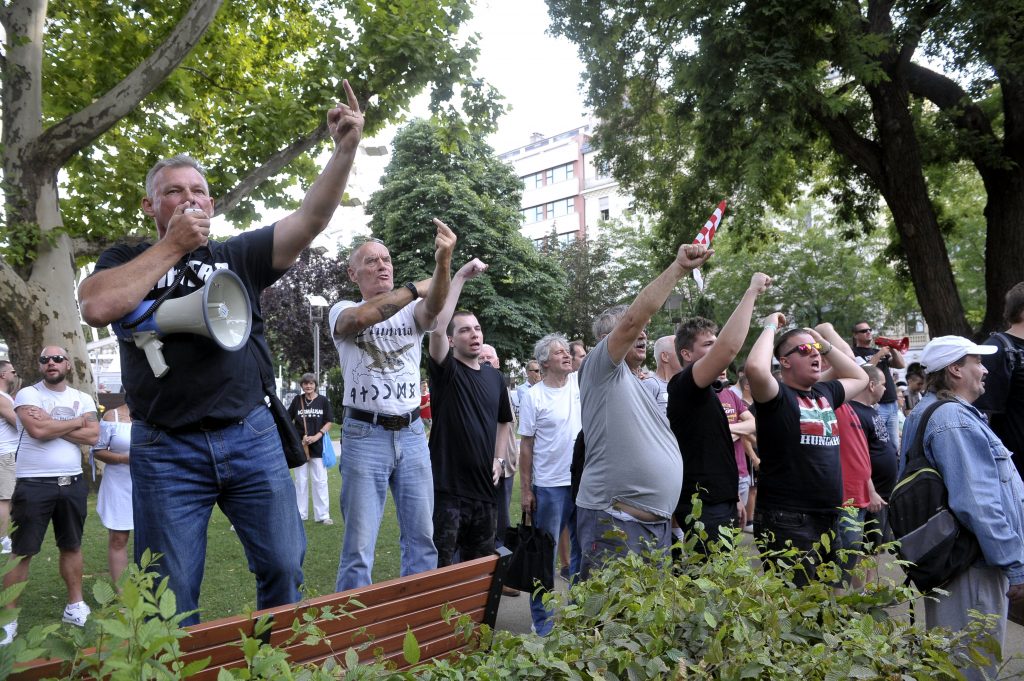 A spokesman for the counterdemonstration, the lawyer Tamás Gaudi-Nagy, said protesting against a “midget minority” who want to get additional rights under the aegis of equal rights is “a fundamental right and a national duty”.

Lászlo Toroczkai, the head of the radical nationalist Mi Hazánk party, was present at the counterdemonstration.

Many of the counterdemonstrators wore T-shirts on which were written “normal” and “hetero”. Some also waved flags with the national colours as well as the red and white Arpad Stripes. 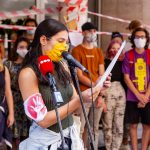 Hungarian Press Roundup: No Compromise in Sight over Theatre and Film University 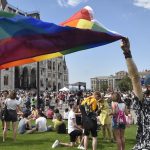