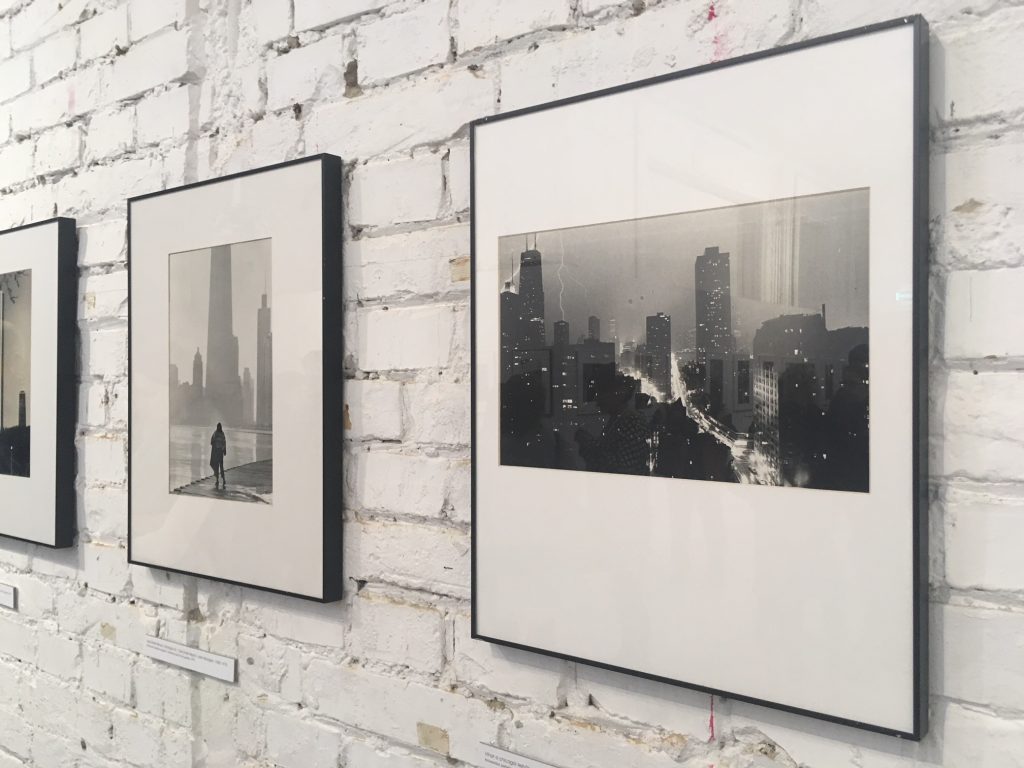 The Hungarian born photographer, László Kondor is better known for decades in the United States of his conflict and political photographs. This month, for the first time in Budapest, his vintage photographs from the 1960s until the middle of the 90s of the public art and architecture of Kondor’s then home, Chicago, including colored pictures are exhibited in FUGA Budapest Architectural Center until 15 April 2018.

Kondor arrived to Chicago in 1961 to study international relations at the University of Chicago. The photographer was inspired by the unique and extraordinary architecture of Chicago, the birth-place of the modern skyscrapers. He prowled this new landscape for decades, creating a prodigious number of photographs. 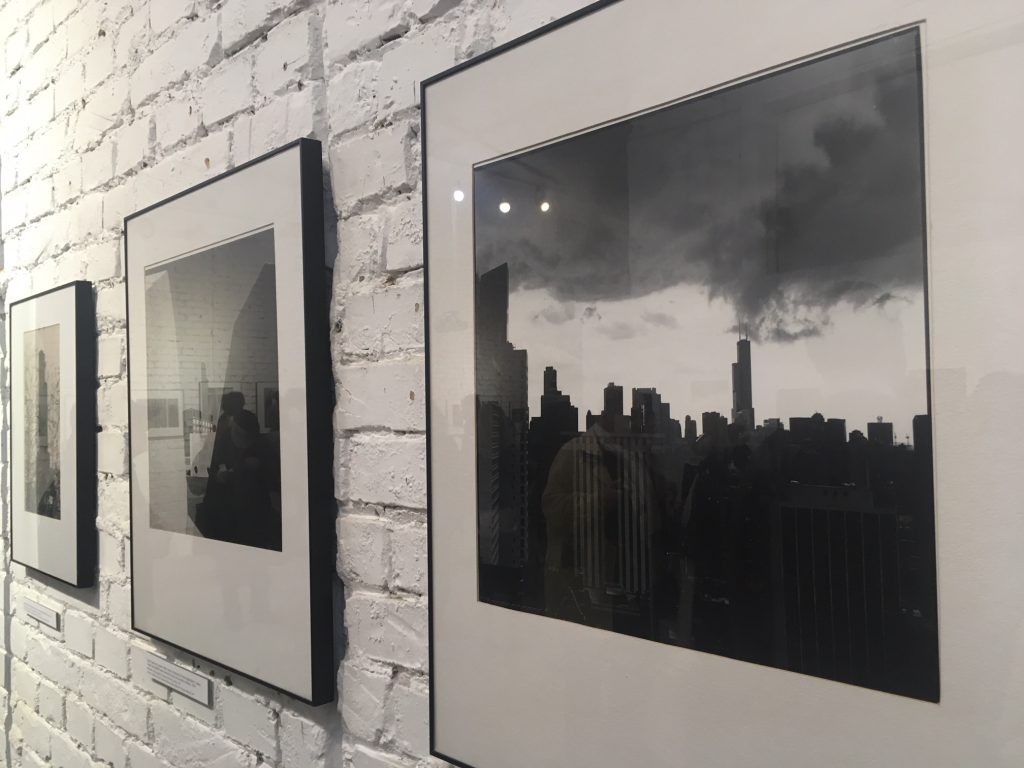 He began his photojournalism career chronicling the antiwar movement, the 1968 Democratic Convention and race riots after the assassination of Martin Luther King Jr. He was a combat photographer with the U.S. Army in Vietnam from 1969 to 1970, then photographed the war for the Department of Army Special Photographic Office until 1972. When he returned to Chicago from Vietnam, he became the first and only official photographer for six-term Chicago Mayor Richard J. Daley from 1972 to 1976.

His architecture photographs were born in two periods: in the 60s, before he went to Vietnam, and after he came back, most of the 80s and 90s. In the first period he used a 35mm Nikon camera to capture the buildings. In the second period, he revisited many of his previous subjects and photographed the buildings again, from other perspectives, this time with a more serious camera, a Hasselblad. 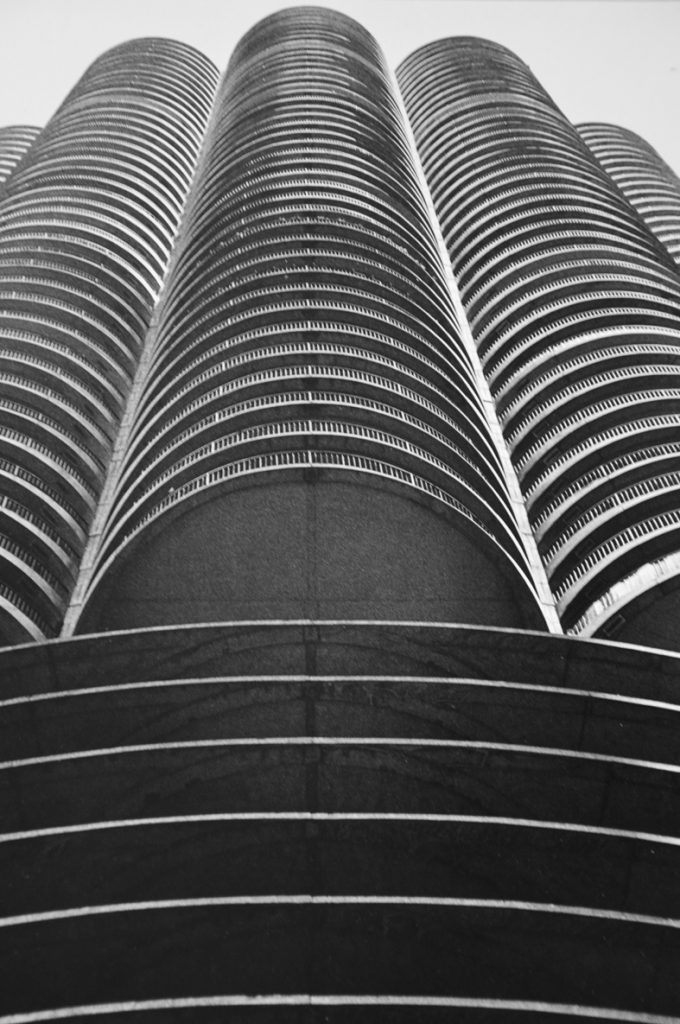 One of these revisited skyscrapers is the Marina City Tower, sometimes referred to as ‘Corn Cobs’. He first photographed the building, an interesting architectural and sociological project, which was built to attract the baby boom generation and draw them back to the city from the suburbs, in the first half of the 60s from below. In the second period of his architecture photography he captured one of the towers from the other one, while on a third picture, the Marina City Tower is reflecting back on a full-glass building, the IBM Tower. 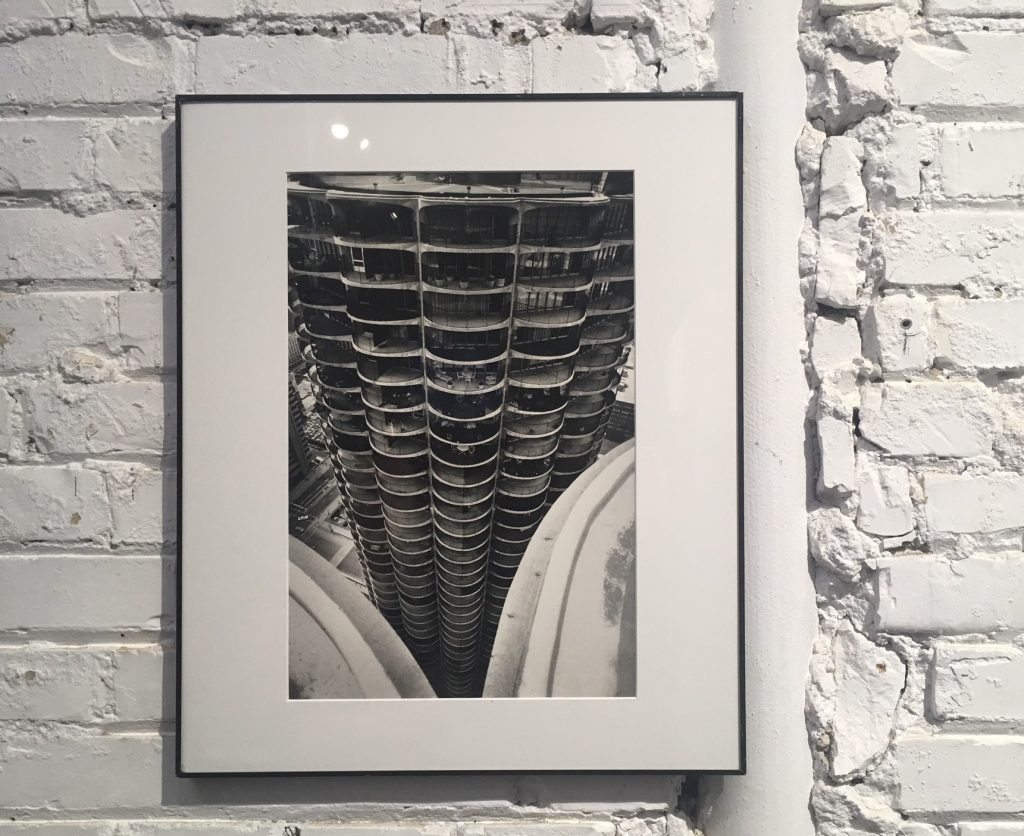 Shortly after Mayor Daley’s death in December 1976, Kondor opened a commercial art studio that specialized in what the Chicago Magazine called “high-fashion photography.” He still occasionally took on public projects, fashion images and advertisements as well. One of his photos from this era is also exhibited at the ‘Modern Architectural Impressions of Chicago’, a picture he made during a fashion photoshoot at the stairway of the Rookery, one of the most famous buildings of Chicago, designed by Frank Lloyd Wright. 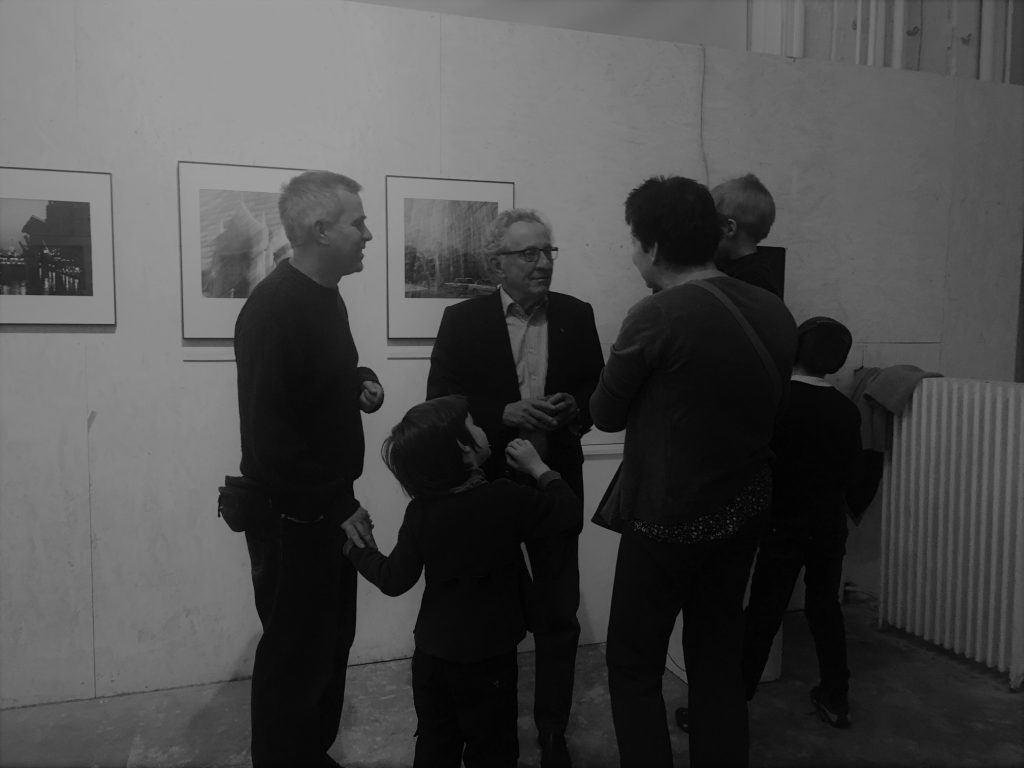 In 1996, Kondor returned to his native Hungary with his wife Linda, where he has documented the daily life of Hungarians and given occasional lectures. He is living in Kapolcs, a small town in Hungary, close to Lake Balaton.

An exclusive guided tour will be held in the exhibition, led by László Kondor himself, on 15 April the last day of the exhibition.

You can see an interview with Kondor about his architectural photographs of Chicago here: 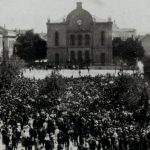