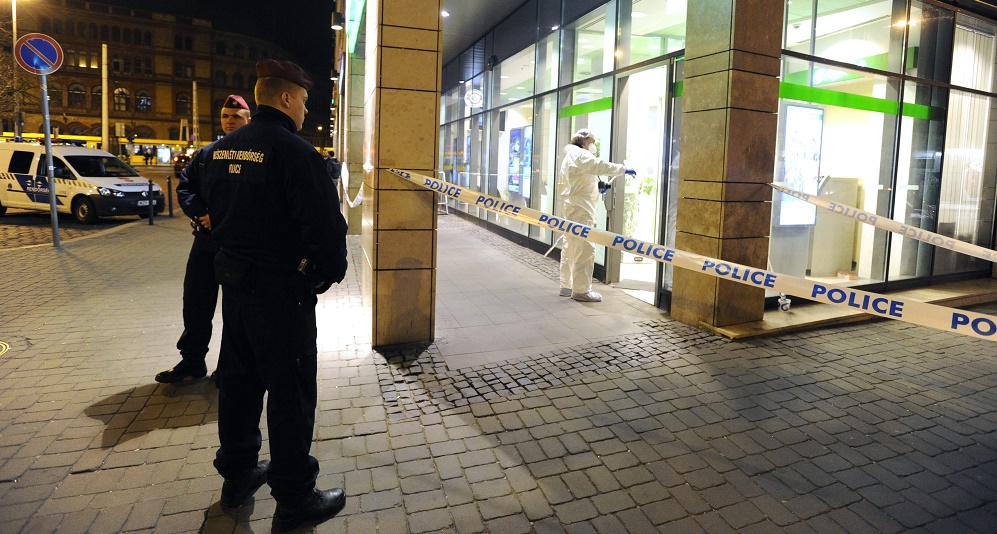 Hungarian Police are searching for a suspect who officers said robbed an OTP at the Blaha Lujza square in Budapest’s 8th district on Wednesday evening. OTP Bank’s communication chief Bence Gáspár confirmed the criminal act to vs.hu, however, he was not willing to disclose any further details.

According to the news portal, the robbery took place few minutes before closing time around 6 pm. The robber held a pistol or a pistol-like object in his hand and took away some 100-200 thousand forints (approx. 350- 650 euros). Luckily, no employees were harmed during the attack, which was recorded by the bank’s security cameras.

The Police said on Thursday morning that they were looking for a 170-175 centimeter-tall and average-looking man aged between 25-35. At the time of the robbery he wore a knitted cap with gray and white stripes, black eye-glasses, cream-color coat, blue jeans, dark shoes and a black side bag. He also held a white plastic bag in his hand.

Interior minister Sándor Pintér said at a press conference held for another reason that yesterday evening’s bank robbery has nothing to do with counter-terrorism, it is just a common criminal act. Citing police statistics, Pintér said six out of ten such cases are solved in Hungary and there is a good chance to find yesterday’s robber too.

However, the question arises: how could anything like this happen at a busy square of Budapest when the capital is full of police officers, guards and counter-terrorist units due to the level 2 security alert declared after the Brussels bomb attacks?