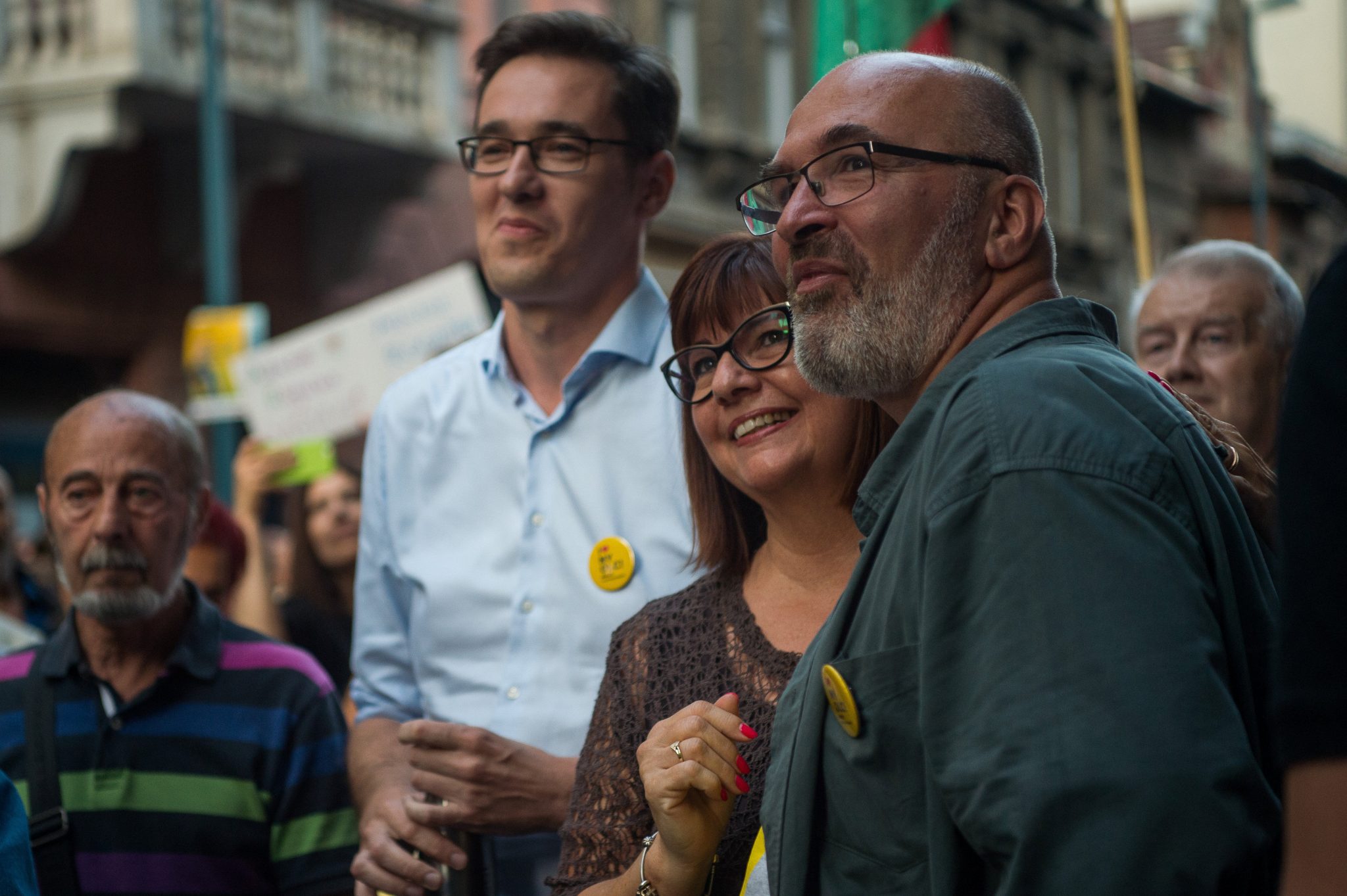 Opposition parties held a joint demonstration on Friday evening to express support for District 8 mayoral candidate András Pikó and his campaign team who have been accused of unlawful data handling.

Opposition mayoral candidate for Budapest Gergely Karácsony asked participants gathered in Práter Street not to allow “the most honourable politicians” to be subjected to false accusations. Those in power are attacking people who are least used to this, he said. Pikó and his team are all excellent people and their strength comes from the strong community they represent, he added.

Pikó said ruling Fidesz had no genuine arguments and that’s why they had launched a smear campaign and sent police against their opponents. 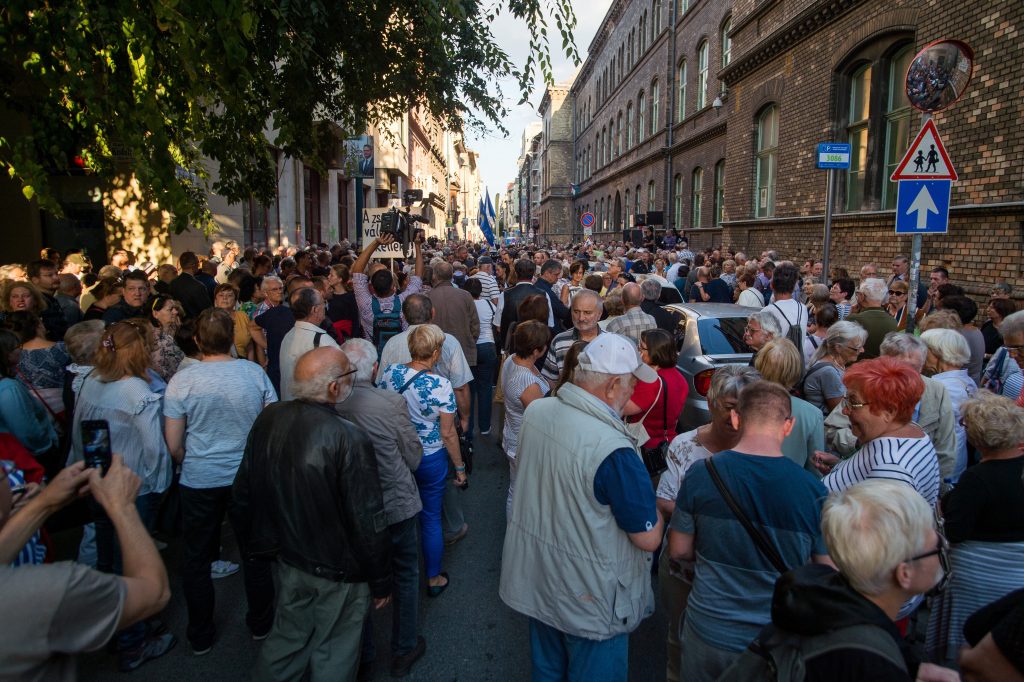 Fidesz group leader Máté Kocsis, the former mayor of Józsefváros, said on Monday that the opposition in District 8 had handled the personal data of voters unlawfully. He cited a report in Monday’s edition of daily Magyar Nemzet showing photographs that allegedly prove that candidates of the opposition alliance had prepared unlawful lists based on voter recommendation slips.

Commenting on the Magyar Nemzet report, Pikó’s campaign chief insisted that the candidate’s campaign had been carried out in line with Hungarian and European data protection regulations. In a statement, Tessza Udvarhelyi denied that the unlawful collection of data had taken place.

In the featured photo (from left to right): Gergely Karácsony, Erzsébet Németh Gy, and András Pikó. Photo by Zoltán Balogh/MTI