The end result of the project, a 120-page book which includes a foreword by the world-famous Spanish opera singer Plácido Domingo, records the interiors of more than 40 opera houses spanning 4 centuries and 4 continents. Shot meticulously over five years ‘Opera’ presents a typology, each empty hall is seen from the place at center stage where the singers would stand. The large format camera reveals these temples of music in all their wealth of scintillating architectural detail which also serves the acoustic function of enriching sound. This body of work historically documents landmarks which stand as symbols of their nations’ wealth and grandeur, their dedication to the promotion of the arts and to bringing communities together. These halls have resounded with the voices of the greatest performers throughout history and their distinctive architecture has served as the inspiration for composers, writers and artists alike. Perhaps this work even casts a new light on the Renaissance debate of seeing versus hearing as the primary means of perceiving beauty. While the halls and photographs are silent the mind fills with music.

The book, which is unusual in focusing on the interiors instead of the exteriors of the stunning buildings and features images of the audience, the orchestra pit and ornate interior designs as seen by the singer, includes pictures of the Scala in Milan, New York City’s Metropolitan, Palais Garnier in Paris, the Royal Opera in London, the Bolshoi Theatre in Moscow, the Royal Swedish Opera, Teatro La Fenice in Venice and the Marriinsky Theatre in St. Petersburg. The Hungarian State Opera on Andrássy út, central Budapest, was visited by the photographer in 2008 and photos taken here, of course, are among the top forty venues included in the book.

The book’s pictures have also been put on show at an exhibition in New York City. 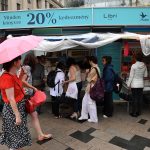 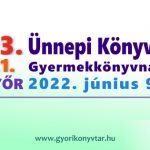