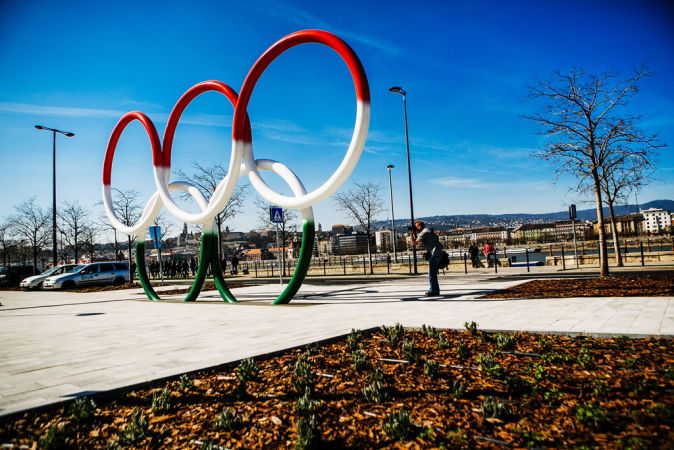 The Hungarian Olympic Committee (MOB) has unanimously voted in support of Budapest’s 2024 Olympic bid and submitting a declaration of intent on applying for the organisation of humanity’s greatest undertaking in times of peace at its general meeting on Wednesday. Before the vote, the meeting heared the summary of a feasibility report, which found that Budapest is capable of profitably organising the Summer Olympics.

The Olympic Committee has called upon the Budapest municipal assembly to support the declaration of intent and empower mayor István Tarlós to hand in the application together with the Hungarian Olympic Committee, in representation of the capital.

The feasibility report presented to the general assembly before the resolution was adopted estimates that the organisation of the Olympics could generate HUF 1100 billion in surplus revenue for the national economy, well above the HUF 774 billion in investments necessary for it to be held, arriving at the conclusion that “the Budapest Olympics is a feasible and profitable investment and the Hungarian application has a good chance for winning the right to organise the 2024 Olympics”.

The document reccommends the games’ chief location to be situated in southern Buda but also counts with venues outside the capital, while the proposed exact date of the Olympics is given as between 19 July and 4 August 2024.

As MOB chairman Zsolt Borkai recalled at the general meeting, the Hungarian Olympic Committee established a professional body to examine Hungary’s chances of submitting an Olympic bid after the International Olympic Committee (IOC) adopted the Agenda 2020 programme in December 2014. Following this, MOB’s general assembly passed a resolution on 6 February in which it reccommended the consideration of applying for the organisation of the 2024 Summer Olympics and Paralympics to Hungary and the city of Budapest. This was followed by a series of consultations and dialogue with society which is still under way, Mr. Borkai said.

Also speaking at the general meeting, Budapest mayor István Tarlós disclosed that the municipal assembly will reach its decision on the issue on 23 June and “will, on all probability, give its unanimous support to handing in the declaration of the intent of organisation”, which is also expected to win the support of the government.

Applications for the 2024 Olympic Games are open until 15 September this year, with the IOC deciding on the host country in Lima, Peru, in 2017. So far, Boston, Hamburg and Rome have signalled their intention to apply.