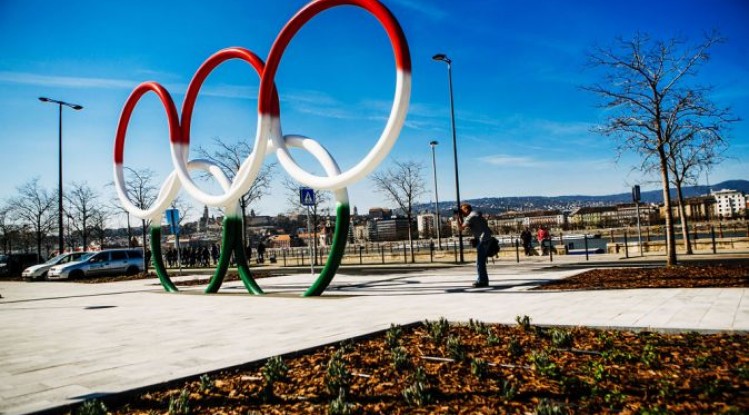 The Budapest municipal assembly has voted with an overwhelming majority to support Hungary’s bid to host the 2024 Summer Olympics on Tuesday, 23 June.

Besidescouncillors for the governing Fidesz and KDNP parties, the application also gained the support of the opposition Socialists and Jobbik, with only the green LMP claiming that hosting the Olympics is unrealistic in the capital’s current economic circumstances. A total of 25 representatives voted in support of the bid, one councillor for LMP against it and one abstention was registered.

Prior to the vote, chairman of the Hungarian Olympic Committee (MOB) Zsolt Borkai and government commissioner Balázs Fürjes gave speeches in favour of organising the Olympics. The sitting was attended by several top sportsmen, including Olympic champions.

MOB leader Mr. Borkai emphasised that the era of expensive Olympics has come to an end with the declaration of the Agenda 2020 programme, which enables a number of cities within a country to team up to host a “national Olympics”. The capital’s support is now necessary for the undertaking to proceed into its next stage, he said. Government commissioner Balázs Fürjes argued that a feasibility study published recently has shown that the surplus revenue generated by a possible Olympics would amount to HUF 1100 billion between 2015 and 2030, above the necessary state input of HUF 750 billion. Financing the undertaking would cost an average 0.5% of the state budget each year, he pointed out.

In his closing remarks, Budapest mayor István Tarlós said that there are moments in which a nation has to show its ability to unite, adding that he had been skeptical about the bid but the IOC’s Agenda 2020 programme has provided a realistic opportunity to smaller countries and cities to host the world’s largest sports event. The Olympics could further improve Budapest’s already good reputation as a tourist destination, he added.
The country’s Olympic bid was endorsed earlier this month at the Hungarian Olympic Committee’s general meeting, giving the go-ahead for further preparations.
via index.hu
photo: sport365.hu