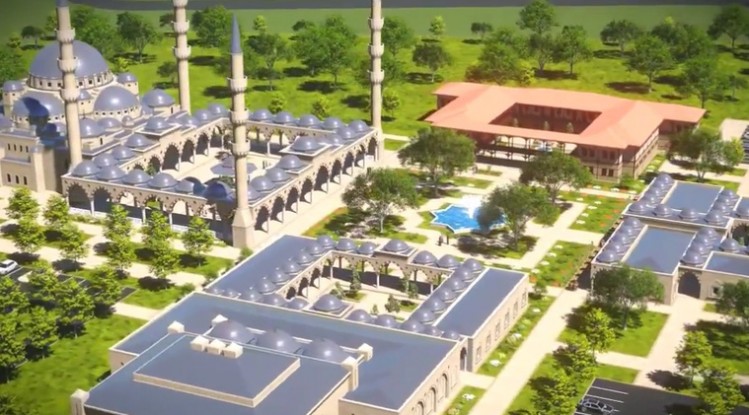 There is currently no location considered suitable by both the Hungarian and the Turkish party to build the grand mosque planned and financed by the Turkish ministry of religious affairs in Budapest, the capital’s mayor István Tarlós has said after a video of what the Islamic religious centre would look like emerged on Friday.

Mr. Tarlós said that there are regular discussions between municipal officials and the Turkish embassy, and the question of the mosque has already been raised, but the initial idea of constructing it in District X, near the end station of the M2 metro line at Örs vezér tere, was cancelled after both the local self-government and the embassy backtracked. The neighbourhood is already home to large facilities of religious and ethnic communities and an additional development would be more than what the district is able to accomodate, according to locals.

Commenting on the planned mosque on Sunday, Prime Minister Viktor Orbán stressed that many of the large number of foreign university students studying in Hungary are of Islamic faith and they are currently unable to practice their religion while in Hungary. The Prime Minister said that there have been no official discussions on the mosque to date, but the issue “has to be dealt with”.

Although information on the planned place of worship has not yet been disclosed officially, a video on the grandiose plans can be found on the YouTube channel of the Turkish organisation Türkiye Diyanet Vakfı.

The Foreign Ministry was unavailable for comment on Monday.