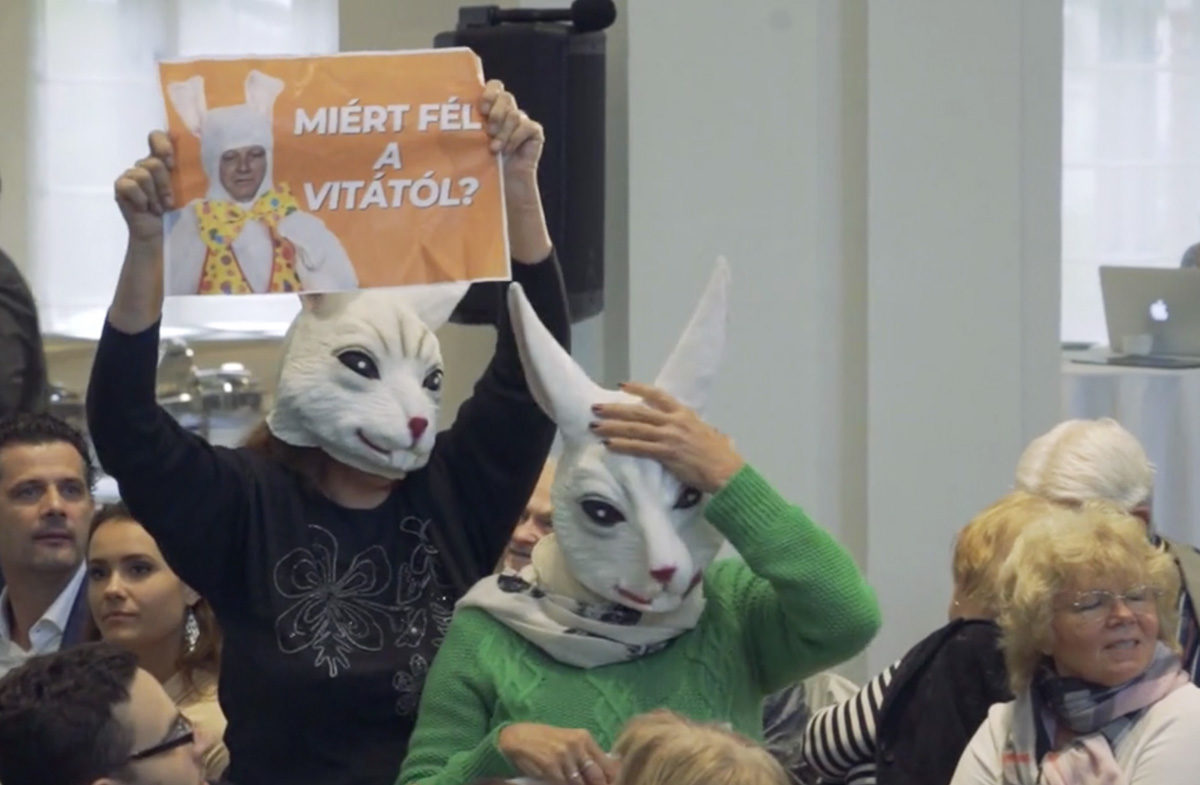 Fidesz-supported Budapest mayoral candidate István Tarlós’ speech was disturbed by rabbit-masked opposition activists who tried to instigate the incumbent mayor to partake in a debate against his main rival mayoral candidate, Gergely Karácsony.

During a conference organized by pro-Fidesz institute Századvég, activists from opposition party Párbeszéd Magyarországért (Dialogue for Hungary) unexpectedly disrupted István Tarlós’ speech and wanted to persuade the mayor to fill out a form where he declares his willingness to partake in a debate with Párbeszéd co-chair and joint leftist-liberal opposition candidate for Budapest mayor, Gergely Karácsony. The rabbit masks worn by some of them referred to Tarlós being too timid (in Hungarian culture, being a rabbit means the same as being a chicken in English) to have a debate with his rival.

The campaign action didn’t sit well with the audience: some of them even tried to remove the masks off of the activists.

As the 2019 municipal elections are just weeks ahead, these political moves have become almost everyday occurrences.

Gergely Karácsony’s appearances were interrupted several times with the characteristic melody of Julius Fučík’s Entry of the Gladiators (which became a symbol for circuses). The song refers to the Fidesz youth organization’s campaign slogan “Budapest is not a circus” concerning the alleged incapability of the mayoral candidates, besides Tarlós.

Last week a truck stopped near Karácsony’s press conferences in front of Átrium theater, playing the loud circus march. On Sunday, the same music came from a motorboat interrupting the candidate’s speech during his program presentation.

Earlier, Bence Tordai, Párbeszéd’s spokesman, had disturbed István Tarlós’s press conference, where the mayor took a megaphone and told him only inches away from him why there would be no mayoral debate.