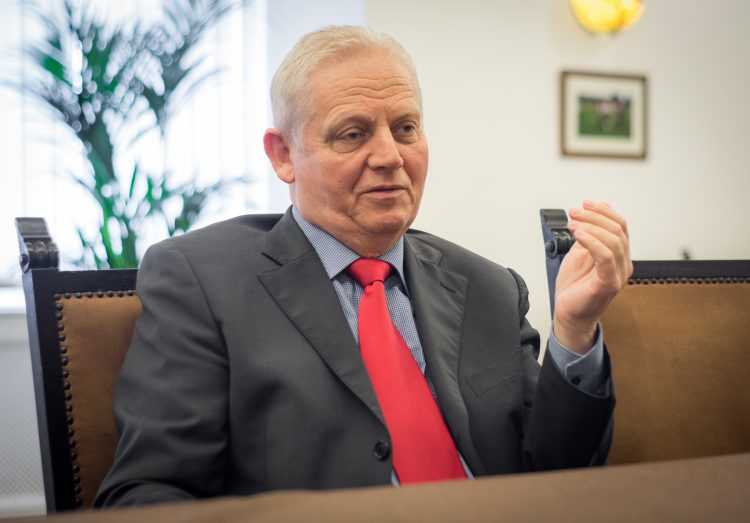 Budapest Mayor István Tarlós, the ruling Fidesz-Christian Democrats candidate running to remain in the post, said on Thursday that the current (Fidesz) mayor of Győr in western Hungary Zsolt Borkai had become unworthy of his title.

Referring to reports about Borkai who has appeared in video footage in connection with acts of sexual impropriety in the context of a party aboard a yacht Tarlós told commercial InfoRadio that he was appalled and saddened by the story involving Borkai who is also a Hungarian Olympic gymnast champion.

“It is undefendable, unacceptable and unworthy,” Tarlós said. Many people have put in a lot of effort to present a good performance and now Borkai “has generated a situation which works against others, to some extent against the whole community,” he added.

Does he not realise what he should do?”

He also said that he had never participated in a more “immoral” campaign involving “circumlocution and a series of grievous lies”. He condemned those (i.e. pro-government Vadhajtások blog’s leader) that disturbed with a sex tool an opposition campaign event involving joint opposition candidate for Budapest mayor Gergely Karácsony with Róbert Alföldi but described Karácsony’s campaign as an “endless series of absolutely unscrupulous lies”. He said Karacsony had repeatedly made the same misleading promises that are impossible to fulfil, citing the example of introducing a property tax. He also accused Karacsony of not understanding the structure of the budget.

Meanwhile, PMO Head Gergely Gulyás said the matter was private, though at the same time “morally wrong”. He said other issues concerning the business role of the people present at the party would have to be clarified. This would mean establishing their business interests and what had been entrusted to them, and to what extent they had delivered. The private matter, he added, should be treated as a separate matter. 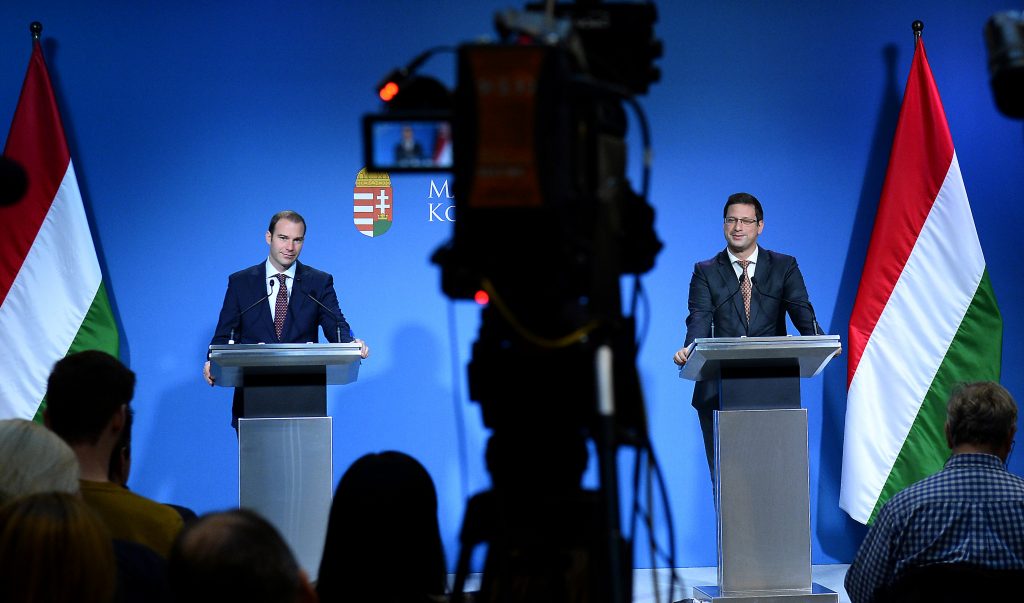 PMO Head Gergely Gulyás (on the right) and Government spokesman István Hollik (on the left). Photo by Lajos Soós/MTI

Gulyás admonished the press for “crossing a line that has never happened before in Hungarian politics”. He later said the press was “completely unscrupulous when it comes to non-public figures”.

Referring to possible purchases of land in connection with the reports surrounding Borkai, Gulyás said the government this year planned legislation to tax speculative real estate sales by up to 80-95 percent.