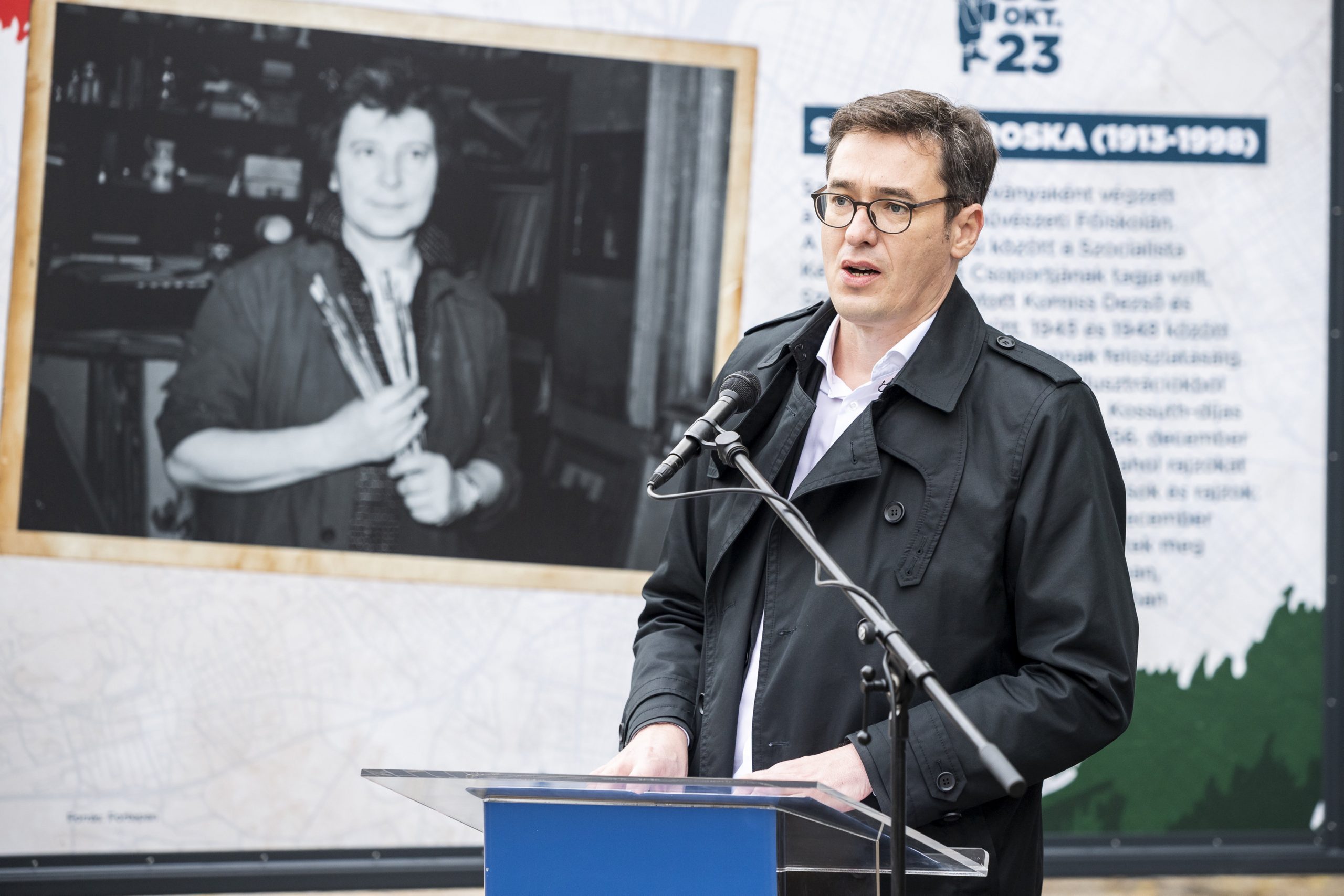 Coming together as a community is what gives importance to October 23, this day in 1956, and in 1989, the mayor of Budapest said at a commemoration of the anniversary of Hungary’s 1956 anti-Soviet uprising on Friday.

Twice already, October 23 “reflected our better selves and our best ability”, Gergely Karácsony said in the park of City Hall.

“This shows that despite the thousand and one differences separating us, such as our background, upbringing, faith and ideology, there was something much stronger binding us together: our love for freedom and for our homeland,” he said, opening an portrait exhibition of women who played a role in 1956.

Related article
October 23 - Opposition: Together in 1956 against Oppression and Exploitation

Hungary’s opposition parties paid tribute to the heroes of the anti-Soviet uprising of 1956 in a joint Facebook video message on Friday. Péter Jakab, leader of right-wing Jobbik, called October 23 a symbol of Hungarians’ desire for freedom. “Regardless of whether someone was politically right or left-leaning, their background or beliefs, there was an agreement […]Continue reading

He said it was regrettable that commemorations of 1956 rarely mentioned the role women played in the revolution.

“We, however, know that without the sacrifice of women, no change or progress of any sort, can be achieved which was true also for 1956,” the mayor said, noting that this is why this year the women of Pest are in the focus of the municipality’s 1956 commemoration.

“The republic the freedom fighters fought for in 1956 vanished nine years ago from our country’s name,” Karácsony said. “And it has gradually disappeared from our everyday life as well over the past ten years.”

“But we still, or once again have the opportunity to drive our history back on a successful track,” the mayor said, adding that “all this requires is insisting on the ideals of 1956 and the hopes of 1989.”

We must insist on a republic, on the excellence rooting in diversity as well as on the statutes of the rule of law, on humanity, solidarity, equal rights and Europe”

“We must insist on the idea that no power should ever come to defining itself as the country it rules,” Karácsony said, adding that “what makes a strong leader is their ability to unite, rather than divide, people as a community”.